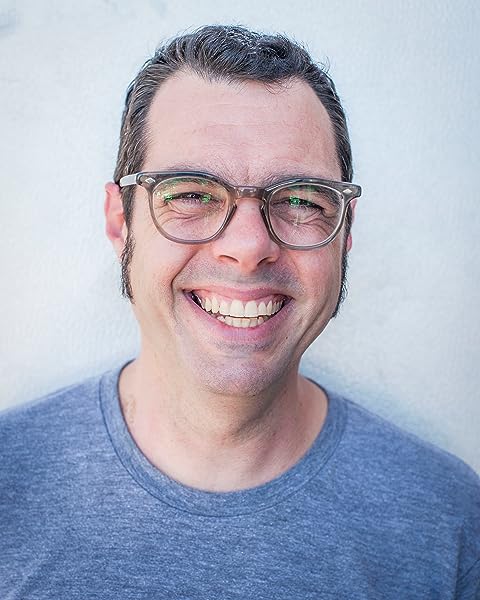 by Jordan Mackay (Author), Aaron Franklin (Author)
4.8 out of 5 stars 698 ratings
See all formats and editions
Sorry, there was a problem loading this page. Try again.

Page 1 of 1 Start overPage 1 of 1
Previous page
Next page
Start reading The Franklin Barbecue Collection [Two-Book Bundle] on your Kindle in under a minute.

From brisket to steak, here's everything you need to know about meat. This deluxe boxed set from the revered pitmaster and New York Times bestselling author behind Austin's Franklin Barbecue features exclusive paperback editions of his already iconic books- Franklin Barbecue and Franklin Steak.

Aaron Franklin is one of the biggest, most recognized names in barbecue and the wider food world. His restaurant, Franklin Barbecue, has won every major barbecue award and has been in magazines ranging from GQ to Bon Appetit. The line to get into his Austin, Texas, hotspot is as long as ever, and the restaurant has sold out of brisket every day of its existence.

Jordan Mackay is a James Beard Award-winning writer on wine, spirits, and food. His work has appeared in the New York Times, Los Angeles Times, San Francisco Chronicle, Wine and Spirits, Food & Wine, and Gourmet, among others. He has co-authored a number of cookbooks, including Secrets of the Sommeliers, a James Beard Award winner; Two in the Kitchen; Franklin Steak; and Franklin Barbecue, which spent twelve weeks on the New York Times bestseller list.

4.8 out of 5 stars
4.8 out of 5
698 global ratings
How are ratings calculated?
To calculate the overall star rating and percentage breakdown by star, we don’t use a simple average. Instead, our system considers things like how recent a review is and if the reviewer bought the item on Amazon. It also analyses reviews to verify trustworthiness.

MAtt BEamish
5.0 out of 5 stars Worth every cent!
Reviewed in Australia on 23 November 2020
Verified Purchase
If you are interested in more of the how-to rather than just recipes then you must buy this book. It has such an easy to read style and starts right at the buying (or even building) a smoker/grill. It also discusses fuel, fire, selecting meat and even how to cut the meat once you've cooked it. It's basically the book you need to tell you everything that the BBQ recipe books don't tell you.
Read more
2 people found this helpful
Helpful
Report abuse
See all reviews

Nikos Avlonitis
5.0 out of 5 stars Exactly what I expected!!!
Reviewed in the United Kingdom on 30 December 2020
Verified Purchase
Really easy to read and very helpful. Perfect if you want to get deeper in bbq!!
Read more
Report abuse

S. Landry
5.0 out of 5 stars Great book!
Reviewed in Canada on 24 February 2021
Verified Purchase
Loved it. I learned a lot of details I did not know. Great book and fun to read.
Read more
One person found this helpful
Report abuse

Nick
5.0 out of 5 stars Franklin Barbecue
Reviewed in Canada on 17 July 2020
Verified Purchase
Shout out too Franklin Barbecue thanks for you two bucks you made just wanted to say I'm a one of your big fans and I will love to make your Smoked Meats can't wait to try it out I'll let you know eventually how it goes well or not thanks for the books
Read more

5.0 out of 5 stars Franklin Barbecue
Reviewed in Canada on 17 July 2020
Shout out too Franklin Barbecue thanks for you two bucks you made just wanted to say I'm a one of your big fans and I will love to make your Smoked Meats can't wait to try it out I'll let you know eventually how it goes well or not thanks for the books
Images in this review

Anna
5.0 out of 5 stars Nice to gift
Reviewed in Canada on 31 July 2020
Verified Purchase
Gift for my son i law! Nice boxed set.
Read more
Report abuse
See all reviews
Back to top
Get to Know Us
Make Money with Us
Let Us Help You
And don't forget:
© 1996-2021, Amazon.com, Inc. or its affiliates