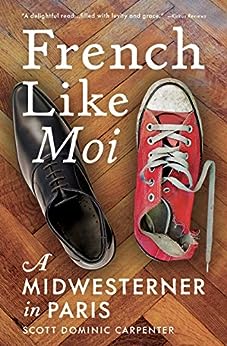 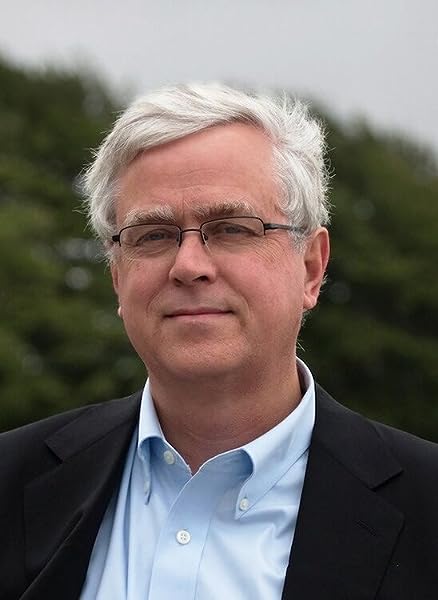 French Like Moi: A Midwesterner in Paris Kindle Edition

"In this funny memoir, Carpenter has a knack for turning potential catastrophes into comedy. Readers will find plenty to appreciate in his sharp take on expat life." --Publishers Weekly

"A delightful read...essays filled with levity and grace. A winning and witty collection offering humor and insight into the French way of life." --Kirkus Reviews

"Carpenter captures the ironies, oddities, and attractions of the French capital in a way few writers have achieved--which is saying a lot, considering how many have tried their hand at conjuring the City of Light.... French Like Moi is a delightful romp through French life and Midwestern sensibilities, all combined in one compelling story." --Midwest Book Review

"Loaded with lacerating wit and trenchant but tender observations, Scott Carpenter's French Like Moi is also a true original: a serious memoir that doesn't take itself too seriously. It is this humility that gives Carpenter's book its undeniable strength--that, and his vivid, often hilarious storytelling." --Marcia DeSanctis, New York Times bestselling author of 100 Places in France Every Woman Should Go

"Sit back with a croissant and an espresso--or better yet, du vin et du fromage--and treat yourself to the delights and dilemmas of being a Midwesterner in Paris. Scott Carpenter's tales of life in the French capital will make you laugh, marvel, and daydream about amping up the adventure in your own life. Merci Monsieur Carpenter!" --Lorna Landvik, author of Chronicles of a Radical Hag

"The most delightful and delicious form of escapism--smart, kind, funny, and (best of all!) French. Perfect for Francophiles and dreamers alike." --K. S. R. Burns, author of The Paris Effect and Paris Ever After

"French Like Moi is not only full of spot-on cultural observations and the laugh-out-loud-yet-self-deprecating humor Minnesotans do so well, it's also beautifully written with a timeless literary flair." --Heather Stimmler-Hall, author of Naughty Paris, editor of Secrets of Paris

"I laughed until my sides hurt at Carpenter's lighthearted and self-deprecating take on living in l'Hexagone. For loyal lovers of Paris and France, and anyone who's moved abroad or is thinking about it, French Like Moi is a jovial reminder to pack your patience and your dictionary, and gobble up every single, butter-soaked morsel of the journey. --Kimberley Lovato, author of Walnut Wine & Truffle Groves

"Carpenter greets the language, cuisine, culture, and daily details of life with a wit and honesty that makes for a rollicking read. We encounter vivid characters, impossible scenarios, and such hilarious tableaus that soon we all feel French like lui!" --Erin Byrne, author of Wings: Gifts of Art, Life, and Travel in France

Minnesota-born and Midwest-bred, Scott Dominic Carpenter is the author of Theory of Remainders: A Novel (named to Kirkus Reviews’ “Best Books of 2013”) and of This Jealous Earth: Stories. Winner of a Mark Twain House Royal Nonesuch Prize (2018), recipient of a Minnesota State Arts Board grant, and semi-finalist for the Many Voices Project Prize, he has published work in a wide variety of venues, including The Rumpus, Silk Road, Catapult, South Dakota Review, and various anthologies. He lives 45 miles from Minneapolis in Northfield, Minnesota, and Paris.

4.1 out of 5 stars
4.1 out of 5
104 global ratings
How are ratings calculated?
To calculate the overall star rating and percentage breakdown by star, we don’t use a simple average. Instead, our system considers things like how recent a review is and if the reviewer bought the item on Amazon. It also analyses reviews to verify trustworthiness.

Iris Hart
5.0 out of 5 stars For Americans in France and French people familiar with Americans
Reviewed in France on 5 January 2021
Verified Purchase
Having lived in France for 40 years, I practically doubled over laughing at the way the author so comically describes all of these everyday situations that I've personally lived through and sometimes found little humor in. This book was so delightful to read that I didn't want it to end!
Read more
Report abuse

Anne
5.0 out of 5 stars A stand-up's take on standing up to the French!
Reviewed in France on 15 December 2020
Verified Purchase
Funny vignettes of daily life and drama so familiar for any American in Paris. A must for students studying French civilization or doing a semester in the city and moral support (misery loves company) for anyone attempting to settle here after retirement.
Read more
Report abuse

Charlie Czyzenski
5.0 out of 5 stars Love Paris, or just want to feel like you've spent a few months living there?
Reviewed in the United States on 19 August 2020
Verified Purchase
A tightly-written, unhurried, humourous look at Parisian people, culture, daily life, written from the perspective of an American midwesterner, an academic and writer who is living there during a sabbatical. In some ways, it's a look at the porous, physical infrastructure of a very old, very densely-populated, beloved (sometime hated) city, and at how people continue to live with its limitations and decay. It's also a look at intercultural communication: listening, paying attention, adapting and learning when one is in unfamiliar, quotidian situations.
Read more
8 people found this helpful
Report abuse

Wilhelmine Shuck
5.0 out of 5 stars Loved the book
Reviewed in the United States on 18 July 2020
Verified Purchase
I all but inhaled this book, savoring ever anecdote.
I, too, spent three months of a sabbatical in Paris, followed by three months in Nice. Paris has its own character, distinct from any other place - in France, in Europe, in the world.
Professor Carpenter captures this character in episodes from his own experiences during his sabbatical. Each anecdote is a vignette of a particular aspect of real life in Paris. This is unvarnished, unromanticised, genuine life, more interesting and exciting in its quotidian narrative than any guidebook could offer. How refreshing!
Read more
5 people found this helpful
Report abuse

Laurie McAndish King
5.0 out of 5 stars Lots of fun!
Reviewed in the United States on 10 July 2020
Verified Purchase
Reading French Like Moi is like strolling through Paris with your own personal flâneur—one who can find the perfect meal, dissect French motives, conquer bureaucracy, and keep you laughing all the way. I thoroughly enjoyed it!
Read more
7 people found this helpful
Report abuse
See all reviews
Back to top
Get to Know Us
Make Money with Us
Let Us Help You
And don't forget:
© 1996-2021, Amazon.com, Inc. or its affiliates