Delivery Rates and Return policy
Flip to back Flip to front
Listen Playing... Paused   You're listening to a sample of the Audible audio edition.
Learn more
See this image 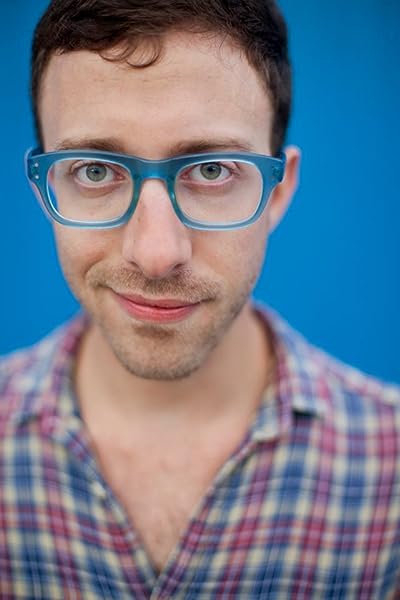 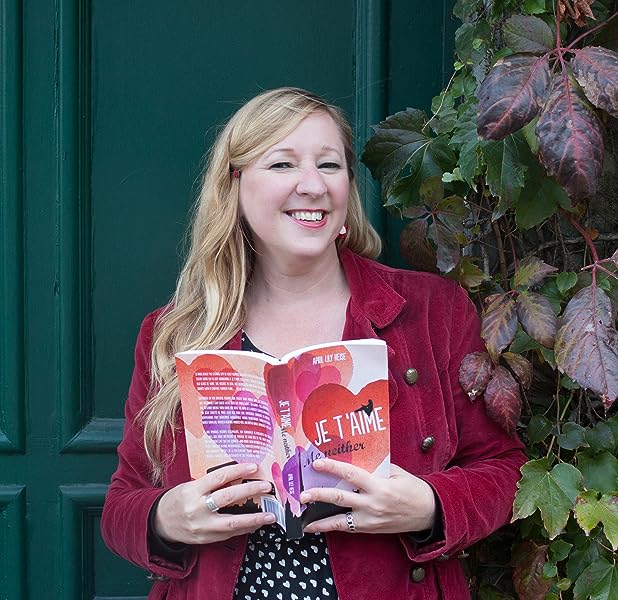 Save on selected Bestselling Big Idea books.
View our curated selection of books. Click to explore.
click to open popover
Tell the Publisher!
I’d like to read this book on Kindle

Joseph Alexiou works as a freelance journalist, and he is the author of Paris For Dummies. His work has appeared in the New York Press, the New York Observer, and Paper magazine. He holds an MS from the Columbia University Graduate School of Journalism, and he lives in Brooklyn.

Lily Heise has been living in Paris for more than 10 years, having studied art in both Italy and France. She has extensive experience in the travel and culture sectors, from trip planning to leading tours and from exhibit curatorship to teaching fi lm studies. She regularly reports on Paris culture news and events for local and international online and print publications. She lives in Montmartre and spends her free time exploring off beat Paris and visiting the latest art exhibits.

Sophie Nellis came to Paris for a summer adventure in 2007. Four years later, she is still here. After completing an undergraduate degree in English Literature and History at Trinity College in Dublin, Ireland, her love aff air with Paris led her to a Masters in Paris Studies at the University of Paris in London (ULIP). Here she specialized in 19th– and 20th–century Paris and wrote a dissertation on the history of Algerian immigration in Paris. She currently lives in Belleville and divides her time among writing, teaching, translating, and leading walking tours of Paris.

Kate van den Boogert is founding editor of the popular Paris blog gogoparis.com, an insider’s guide to fashion, food, arts, gigs, and gossip in the French capital. Kate moved to Paris from Melbourne in 2000.

Meg Zimbeck is a food and travel writer and the Founding Editor of Paris by Mouth (www.parisbymouth.com), an online resource about eating and drinking in Paris with contributions from some of the most respected food and wine writers living in Paris.
Originally from Kansas City (followed by Chicago and Boston), Meg has been based in Paris for years and has contributed to Food & Wine, the Wall Street Journal, Budget Travel, BlackBook, and Hemispheres.

Barbra Austin is a food writer, a pastry chef, and the Assistant Editor of Paris by Mouth. She conducted extensive research and wrote a dozen listings for the dining chapter.

4.1 out of 5 stars
4.1 out of 5
38 global ratings
How are ratings calculated?
To calculate the overall star rating and percentage breakdown by star, we don’t use a simple average. Instead, our system considers things like how recent a review is and if the reviewer bought the item on Amazon. It also analyses reviews to verify trustworthiness.

phdph
3.0 out of 5 stars Issues with the Kindle edition that Kindle purchasers should know about
Reviewed in the United States on 26 June 2012
Verified Purchase
I've always liked the Frommer's guides and, editorially, I liked this one as well. However, there were several problems for me with the Kindle edition.

First, obviously, the attached fold-out map of Paris does not come with the kindle edition. The text in the Amazon sales page says, "Free full-color, foldout map." I assumed that there would not be a paper map, but thought that there might be an expanding map that I could zoom in on. (I wanted this so I would have a map without a wi-fi connection.) This was not the case, and I had to buy a book in print form with maps. False advertising cost me another $10.

Second, when you expand the small maps that *are* included, you just get useless fuzzy images.

Third, I used this on my ipad. To find restaurants and tourist destinations, I wanted to be able to tap on the address in the book and have the address open in maps. However, addresses were not hot links. Also, you cannot copy/paste text with the Kindle. To find addresses on the map, I had to manually type the address into maps. (This was particularly annoying because I had to go back-and-forth to get the spelling right.) Some might say that this is not a big deal for them; maybe it's not. But it undermines the exciting features we should get from a digital copy of a book.

I gave the book 3 stars. I liked the editorial content - 5 stars. I didn't like the kindle implementation - 1 star. For me, these three items listed above defeated the purpose of having a digital copy of the book. If you can live with these limitations, you might like the kindle edition. However, next time I will get a paper copy.

(Note to Amazon: If you read or scan any of these reviews, please allow us to copy/paste short passages from kindle editions. Even just a few words.)

Nick
5.0 out of 5 stars An excellent Paris vacation reference book
Reviewed in the United States on 1 May 2012
Vine Customer Review of Free Product( What's this? )Verified Purchase
Frommer's books have grown on me, and Frommer's Paris 2012 is close to what I'd consider a "bible" of travel guides for Paris. I used Frommer's Paris 2010 and  Top 10 Paris (EYEWITNESS TOP 10 TRAVEL GUIDE)  last November when I was in Paris, and it worked out splendidly. And having been to Paris a handful of times, the Frommer's guide helped me learn more about Paris and try new things other than the same tourist hotspots that everyone goes to. It's well-researched.

If I were going to Paris for the first time, or even wanted to explore more of one of the most gorgeous cities in the world - the Frommer's 2012 guide works well and would function as a great sole book for Paris. When it comes to actually being on the ground, I tend to prefer the DK guides, simply because they fit in the pocket of cargo pants. It's just what I've learned from my extensive travels and how I personally operate.

I'm quite surprised - normally I'm lukewarm about Frommer's books but this is a great book for Paris explorers and lovers alike.
Read more
4 people found this helpful
Report abuse

Medici
5.0 out of 5 stars Fabulous
Reviewed in the United States on 21 March 2012
Verified Purchase
I know nothing of Paris except the famous things and some history, and I was pleased to be able to follow this guide easily to expand my knowledge exponentially. The organization is superb, so you learn step by step all the things you might want to see and do there. It contains an inspired chapter on itineraries, including walking tours of "iconic" Paris and Parisian Architecture through the Ages. Perfect for the beginner, and later chapters provide many neighbourhood walking tours suitable for even familiar visitors. I find it infinitely easier to absorb geographic information if there's a story to the places along the way, and with its nice historical flourishes, Frommers obliges. Very nicely done.
Read more
Report abuse

Dragonfly4797
5.0 out of 5 stars Great travel guide- very useful
Reviewed in the United States on 20 February 2012
Verified Purchase
Frommer's Guides have always been my go-to guide for a trip to a foreign destination, and I haven't been disappointed yet. The Frommer's Paris 2012 met my expectations for my 8-day trip to Paris, and was very helpful. The book is divided into 12 chapters, including The Best of Paris, Paris in Depth, Suggested Paris Itineraries (if you have limited time), Exploring Paris, Strolling around Paris (suggested walking tours), Where to Eat, Shopping, Entertainment & Nightlife, Where to Stay, Side Trips from Paris, Planning your Trip, and Useful Terms and Phrases. Paris is divided into neighborhoods, or arrondissements, and the chapters on exploring Paris are divided by arrondissement. This makes it easy to see where things are located and to have an idea of how far an attraction is from where your hotel is located. The descriptions of monuments, museums, cathedrals, and other attractions have opening hours, cost of admission, and the nearest Metro and bus stop listed, which makes it easy to plan your day. The restaurant descriptions are fairly accurate, with opening hours and prices listed as well. I do recommend visiting the website of restaurants and attractions a few days before your trip to verify that hours are the same, and that something isn't closed for renovation at the time you will be in Paris.

The Frommer's Guide is a great resource, and I definitely recommend it for research before your trip so you can get the most out of your days in Paris. Many places are closed on different days throughout the week, and it's best to go with some sort of plan in place. (i.e. the Louvre is closed on Tuesdays) I would also recommend The Eyewitness Travel Guide to Paris. I purchased both books and they each have slightly different information, all of it being helpful in trip planning.
Read more
8 people found this helpful
Report abuse

Newjustina
4.0 out of 5 stars Packed with info
Reviewed in the United States on 13 January 2013
Verified Purchase
I used this guide for a week-long Paris visit. The walking tours were particularly helpful. I would avoid the recommendation for buying tickets ahead of time for the Louvre. This was unnecessarily complicated when we learned we could plan a visit at a less busy time and use the underground entrance.
Read more
Report abuse
See all reviews
Back to top
Get to Know Us
Make Money with Us
Let Us Help You
And don't forget:
© 1996-2021, Amazon.com, Inc. or its affiliates