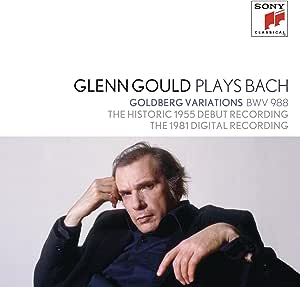 Secure transaction
Your transaction is secure
We work hard to protect your security and privacy. Our payment security system encrypts your information during transmission. We don’t share your credit card details with third-party sellers, and we don’t sell your information to others. Learn more
Details
Ships from
Amazon AU
Sold by
Amazon AU
New (9) from
$12.58 FREE Delivery on first order.

I will ship by EMS or SAL items in stock in Japan. It is approximately 7-14days on delivery date. You wholeheartedly support customers as satisfactory. Thank you for you seeing it.

4.8 out of 5 stars
4.8 out of 5
247 global ratings
How are ratings calculated?
To calculate the overall star rating and percentage breakdown by star, we don’t use a simple average. Instead, our system considers things like how recent a review is and if the reviewer bought the item on Amazon. It also analyses reviews to verify trustworthiness.

Racerno.10
5.0 out of 5 stars Probably the definitive versions of The Goldberg Variations.
Reviewed in the United Kingdom on 25 February 2021
Verified Purchase
Although it is probably a bit of a cheek commenting on such old and iconic recordings here are my thoughts, for what they are worth. The first surprise was the great man's photograph on the front of the booklet where he glowers like an early John Lydon a.k.a. Johnny Rotten of Bill Grundy interview infamy. From what I hear Glenn Gould was an odd-ball; at least, exhibiting such eccentricities as always sitting on the same seat when he played. The writer of the liner notes declines to describe Gould as an eccentric - although his habit of singing the lines to himself as he played cannot have endeared him to the recording engineers. The proof of the pudding though, as is said, and these recordings are fairly definitive and therefore essential listening for anyone who appreciates J.S.Bach. Particularly so as presented in this set with both the 1955 'analogue' version - free 'tape-hiss' included - and the arguably more sterile 1981 digital recording. Both sound commendably purist in the mic. techniques employed. Essential! Buy it!
Read more
One person found this helpful
Report abuse

Nikki Thomas Iolo Thomas-Jones
5.0 out of 5 stars Wonderful Playing
Reviewed in the United Kingdom on 10 March 2019
Verified Purchase
It might be a strange thing to say, but I am sad that a musician of this calibre is being sold at such a small price. A life's work for less than £5.00 seems disrespectful.
Read more
7 people found this helpful
Report abuse

TIM BLUE
5.0 out of 5 stars Wonderful album
Reviewed in the United Kingdom on 20 March 2021
Verified Purchase
Glenn Gould playing Bach is always superb. This album is worth five stars all the way.
Read more
Report abuse

Jennifer Davis
5.0 out of 5 stars Iconic music
Reviewed in the United Kingdom on 27 March 2017
Verified Purchase
Great Music thoroughly enjoyed it.
Bought it to play at our book club as it was central to the storyline for Do not Say We Have Nothing by MadelineThien.
Read more
4 people found this helpful
Report abuse
See all reviews
Back to top
Get to Know Us
Make Money with Us
Let Us Help You
And don't forget:
© 1996-2021, Amazon.com, Inc. or its affiliates