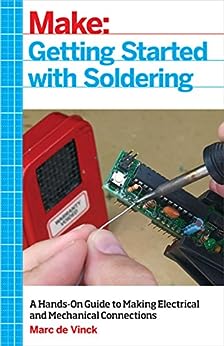 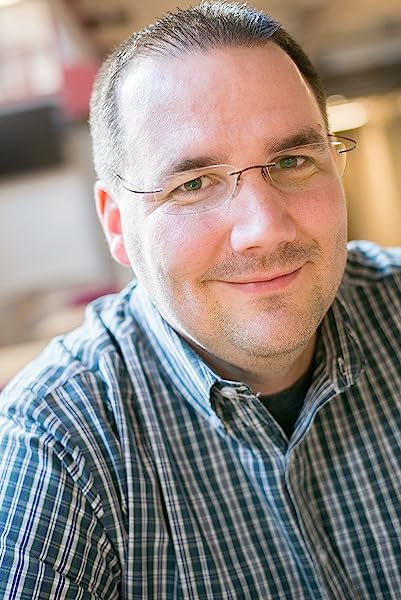 Marc de Vinck is the Dexter F. Baker Professor of Practice in Creativity at Lehigh University. He is a former director of product development at MAKE magazine who sits on the Advisory Council at the New York Hall of Science Innovation Institute. Marc says that one of his greatest accomplishments was helping more than 10,000 people learn how to solder. He's a metalsmith, illustrator, 3D modeler, teacher, and writer who co-authored the O'Reilly title MintDuino: Building an Arduino-Compatible Breadboard Microcontroller.

4.7 out of 5 stars
4.7 out of 5
98 global ratings
How are ratings calculated?
To calculate the overall star rating and percentage breakdown by star, we don’t use a simple average. Instead, our system considers things like how recent a review is and if the reviewer bought the item on Amazon. It also analyses reviews to verify trustworthiness.

Lucky
5.0 out of 5 stars I recommend this book especially for beginners
Reviewed in the United States on 14 May 2020
Verified Purchase
This really does cover the basics from the tools you need to start off with simple tips he has gained over the years. Its a really good buy. Especially for beginners who want to know simple straightforward about soldering.
Read more
3 people found this helpful
Report abuse

Benjamin D. Man
5.0 out of 5 stars Good intro to soldering.
Reviewed in the United States on 6 May 2021
Verified Purchase
This taught me a lot. I went from making terrible solder joints to confidently soldering those learner kits. Lots of good info in here.
Read more
One person found this helpful
Report abuse

mr engineer
5.0 out of 5 stars Nice introduction book for beginner hobiest in electronics.
Reviewed in the United States on 23 September 2020
Verified Purchase
Having "soldered" for 50 years in electronics. I recommend this book for teaching a beginner hands on practical skills, to compliment an engineering career.
Read more
Report abuse

J. Garner 3736
5.0 out of 5 stars 10 Year Old Son likes it.
Reviewed in the United States on 6 September 2021
Verified Purchase
Bought it for my 10-year-old son because they don't seem to teach basic trades in school anymore.
Read more
Report abuse
See all reviews
Back to top
Get to Know Us
Make Money with Us
Let Us Help You
And don't forget:
© 1996-2021, Amazon.com, Inc. or its affiliates