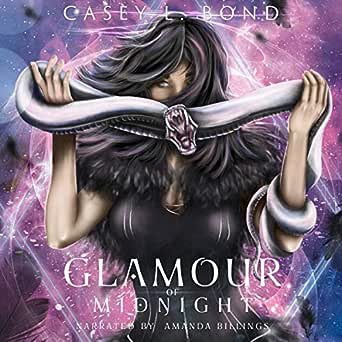 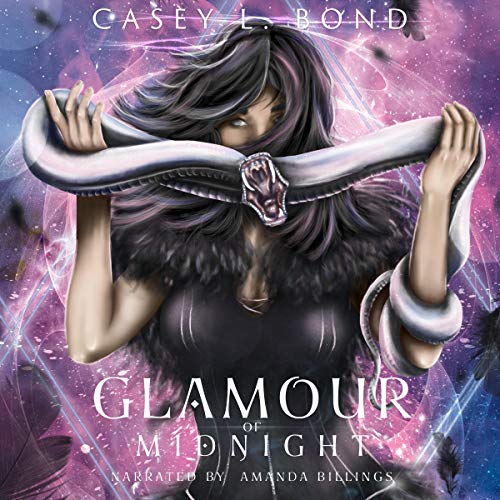 4.3 out of 5 stars
4.3 out of 5
26 global ratings
How are ratings calculated?
To calculate the overall star rating and percentage breakdown by star, we don’t use a simple average. Instead, our system considers things like how recent a review is and if the reviewer bought the item on Amazon. It also analyses reviews to verify trustworthiness.

Cora
4.0 out of 5 stars Fun Read!
Reviewed in Canada on 30 June 2018
Verified Purchase
This was my first dive into the faery world, and I must say it was a good first read. I’m not normally into these types of stories, but the author caught my interest in the story line enough for me to ignore my initial distaste for things like “faeries” and so on. By the end of the book I had enjoyed it so much, that I’m certain I’ll read another fae story in the future. I thought the story could have ended sooner than it did, it was long-since resolved, but I really enjoyed the little extra at the end, regardless. It was a fun read, and I’d definitely recommend it.
Read more
Report abuse

Crankster
5.0 out of 5 stars Riveting
Reviewed in the United States on 11 May 2018
Verified Purchase
A fantastic retelling of Snow White and the Seven Dwarves. A friend of mine read this as an ARC and told me to pre-order Glamour of Midnight... so I did! As soon as it landed on my kindle, I started reading it and couldn't stop until it was done.

The story centres on Karis, blind since birth and in a stratified society, lives at the bottom of the heap in her village with her adoptive brother and best friend. She's viewed with suspicion by the rest of the villagers and called names, such as "changeling" on a regular basis.

The village is an oasis in the world of Faerie, a world that threatens to take over the village and swallow it whole. The only thing between the village and Faerie is a wall of smoke that needs to be replenished. The village follows a tradition of sending someone out to bolster the smoke, they're supposed to have the sight, but when a young girl is selected to venture into the wilds of Faerie, Karis suspects she's not up to the task.

And even stranger, the blind girl can actually see through the wall of smoke. When Karis offers to go in the girl's stead, her adoptive brother leaves setting Karis on a path to save him from certain death and into the arms of destiny.

Loftin, the bounty hunter, has been charged with finding Karis for her mother. If he does this, he will be rewarded with the return of someone dear to him.

When Loftin and Karis stumble into each other, he thinks he can kill two birds with one stone, except he doesn't count on is Karis herself. The longer Loftin's with her, the more he hates his mission, but he's bound to bring in Karis whether he likes it or not.

This book has a little bit of everything for everyone: Fae, monsters, vampires, mystery and a budding love affair. The pace is break neck and we lurch from one life-threatening situation to the next as Karis and Loftin cross the Faerie wilds.

I thoroughly enjoyed this book and highly recommend it. I'm looking forward to the next one.

WyoGal
3.0 out of 5 stars Great ending, but...
Reviewed in the United States on 18 June 2019
Verified Purchase
While the romantic ending is fantastic, the pacing of the book is off in several ways. The opening chapter is full of too much backstory and “telling” (instead of revealing through action). The evil character is evil for very little justification. Karis goes from blind village beggar to horny and very confident female stalker without much to explain her character changes. She barely manages to fight off creepy creatures one after another and then races off to battle the most powerful faery by the end of the book. Too fast, too easy. If some memories had been restored so the reader could experience Karis as her mother’s protege as a child, maybe the climax would be more believable. There are typos and grammar errors throughout the book, but they are not too distracting. Regardless of the “hurry up and kill the evil one” pacing problems, the book has a satisfying ending for those wanting HEA fairy tale finishes.
Read more
One person found this helpful
Report abuse

Amazon Customer
3.0 out of 5 stars A little bait and switch
Reviewed in the United States on 25 May 2019
Verified Purchase
I bought this book during a promotional deal because of the blind protagonist. I'm not blind (though it's close without contacts), but I'm always interested in the underdog, underestimated protagonist. However, the protagonist isn't blind for very long (no spoiler, it happens very early in the book) and doesn't seem that challenged by it, other than not being able to get a job. She's also not an underdog for very long because it is made clear early on that she can wipe the floor with the Big Bad and no one's even that concerned if she'll be able to pull it off or not. Ahh yes, and no way can a Mary Sue be an underdog. She's got ALL the powers, and I do mean all of them, and of course multiple men telling her she's beautiful. The tone of the book is also a little disjointed in that the first part of the book seems more organized and well-paced than the second half. As an example of the disorganization, it is mentioned several times that a character has one hand because the other was chopped off, but then in the second half of the book, he "puts his hands in his pockets".

It's a light read that moves pretty fast, it doesn't get bogged down really except for some in the post-Big Bad wrap-up.
Read more
2 people found this helpful
Report abuse
See all reviews
Get FREE delivery with Amazon Prime
Prime members enjoy FREE Delivery and exclusive access to movies, TV shows, music, Kindle e-books, Twitch Prime, and more.
> Get Started
Back to top
Get to Know Us
Make Money with Us
Let Us Help You
And don't forget:
© 1996-2020, Amazon.com, Inc. or its affiliates