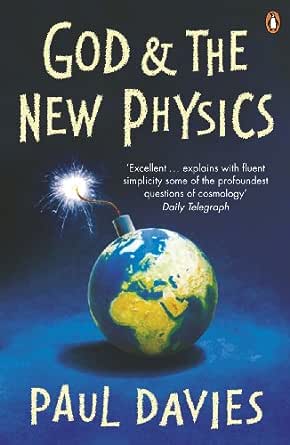 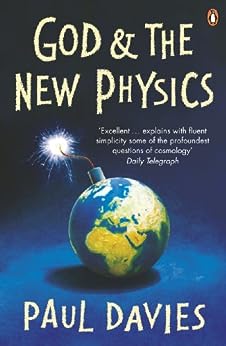 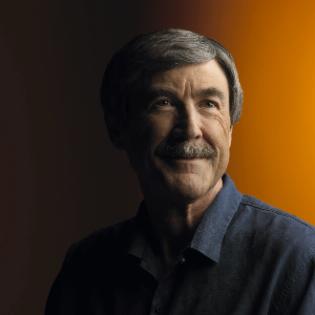 Mr. Davies knows the arcana of physics the way a plumber knows wrenches, and he can make sense out of quite daunting ideas.... One of the most adept science writers on either side of the Atlantic. -- Timothy Ferris, The New York Times Book Review

The concepts are breathtaking...the general thrust of modern physics is amazingly well described. -- The New York Times Book Review --This text refers to the paperback edition.

PAUL DAVIES is Director of the Beyond Center at Arizona State University and the bestselling author of more than twenty books. He won the 1995 Templeton Prize for his work on the deeper meaning of science. His books include About Time, The Fifth Miracle, and The Mind of God. --This text refers to the paperback edition.
Read more

4.2 out of 5 stars
4.2 out of 5
71 global ratings
How are ratings calculated?
To calculate the overall star rating and percentage breakdown by star, we don’t use a simple average. Instead, our system considers things like how recent a review is and if the reviewer bought the item on Amazon. It also analyses reviews to verify trustworthiness.

Awestruck
5.0 out of 5 stars An essential read
Reviewed in the United Kingdom on 21 August 2018
Verified Purchase
This book is an essential read for anyone who wishes to reflect on their place in the cosmos and what meaning may be attached to the cosmos. And while the book outlines how science debunks the age old mistaken ideas (myths) about God and how God may /may not operate in the world, it does not allow atheism to be smug about atheistic beliefs. With a notion of a cosmic mind as part of the universe, Davies leaves a door open in which to explore belief in a God in a way that could be reconciled with current scientific understanding. Highly recommended reading.
Read more
3 people found this helpful
Report abuse

John Bradley
3.0 out of 5 stars Inadequate Theology
Reviewed in the United Kingdom on 26 February 2015
Verified Purchase
I found this book fascinating. I'm not a scientist but my late son was a theoretical physicist. I think he would have loved this book. In his teens a science teacher 'did a Dawkins' on him and told him that he couldn't be a scientist and believe in God. He knew he wanted to be a scientist so he stopped believing in God. When he was at university, some of his fellow students led him back to faith in God.

Paul Davies' physics is fascinating but I find his concept of God inadequate. A God can only create order out of pre-existing stuff is not the God of the Judeao-Christian tradition. It's more like the Vedic concept of Isvara. The key to God's 'software' is relationship. Christian theology begins with the Trinity; personality in the Godhead makes human personality possible. I wish he had addressed the pre-scientific question of why there is something rather than nothing.
Read more
13 people found this helpful
Report abuse

Teemacs
5.0 out of 5 stars Highly entertaining and thought-provoking
Reviewed in the United Kingdom on 4 June 2012
Verified Purchase
God?? New Physics??? I thought. The title sold me on the book. What you get between the covers is a tour de force through modern physics (well, "modern" when the book was written in 1983 - perhaps an update for its 30th anniversary next year?) Professor Davies poses deep philosophical questions and seeks directions and even answers in the mind-bending (and -stretching and even -blowing) and often completely unintuitive concepts that have set classical physics on its ear since the appearance in the early 20th century of relativity and quantum physics. Indeed, it occasionally appears that Heisenberg's famous uncertainty principle is applicable to everything, not just the world of the very small. Prof. Davies does not actually find God in physics, but shows that, if he does indeed exist, he's a pretty clever physicist. However, here the destination is irrelevant, it's the journey that is fun, and Prof. Davies makes it fun and interesting. Intelligent lay(wo)men whose physics ended in high school should not be discouraged in undertaking the journey - it merely means that such folk will run into puzzlement slightly before the physicists themselves, because Prof. Davies poses questions ultimately without answers. And everyone exits at the end of the journey with a new sense of wonder at the universe in which we live, which is both so accessible and so inaccessible at the same time.
Read more
6 people found this helpful
Report abuse

Amazon Customer
4.0 out of 5 stars Heavy going but interesting
Reviewed in the United Kingdom on 11 May 2009
Verified Purchase
This is a fascinating book, providing you can get to grips with theories concerning the creation of the universe.
I feel the auther uses over complex lamguage in explaing many of the mysteries of the universe and particle physics, however, there are a lot of interesting points to ponder.
But, remember that the book was written in the 1980's and so much of the science might have been superseded by now.
Read more
One person found this helpful
Report abuse

Old but discriminating
5.0 out of 5 stars God and the New Physics
Reviewed in the United Kingdom on 6 December 2012
Verified Purchase
When your 5-stars say that I love it, I'll modify that to "well-satisfied". At an incredibly late age I'm doing a bit of studying and stumbled across New Physics. This book seems well-written in a style that is easy to follow and should be ideal for an ancient thickie like me. I have only read two chapters so far, however.
Read more
One person found this helpful
Report abuse
See all reviews
Back to top
Get to Know Us
Make Money with Us
Let Us Help You
And don't forget:
© 1996-2021, Amazon.com, Inc. or its affiliates