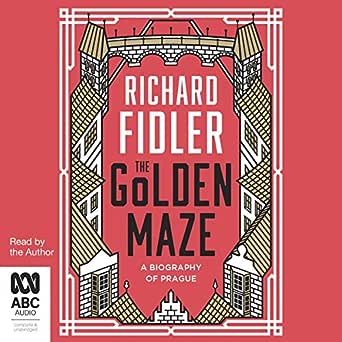 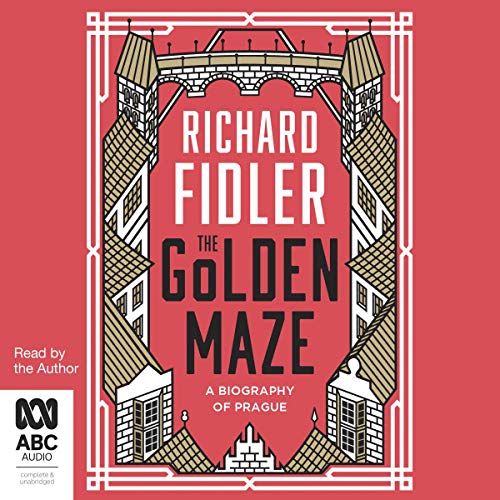 Golden Maze: A Biography of Prague

4.3 out of 5 stars
4.3 out of 5
44 global ratings
How are ratings calculated?
To calculate the overall star rating and percentage breakdown by star, we don’t use a simple average. Instead, our system considers things like how recent a review is and if the reviewer bought the item on Amazon. It also analyses reviews to verify trustworthiness.

Rick Warr
4.0 out of 5 stars History meets human interest
Reviewed in Australia on 12 October 2020
Verified Purchase
An amazing history full of heroism, personal hardship and humour. I now have more understanding of the Czech identity forged through survival of oppressive regimes and persecution. Fidler has a knack for drawing human interest from every historical moment.
Read more
Helpful
Comment Report abuse

Marjolein Towler
5.0 out of 5 stars Fabulous read
Reviewed in Australia on 5 October 2020
Verified Purchase
Richard Fidler has the ability to take you to a place and let you see, hear and even smell it. We were supposed to go to Prague this year in July. Needless to say, that did not happen, but I found this book worthy compensation for the real thing. And being a post war child, the latter part of the book made me remember so many things, like Alexander Dubcek, and the very sad story of Jan Palach.
Read more
Helpful
Comment Report abuse

Susan Brown
5.0 out of 5 stars A very interesting read
Reviewed in Australia on 16 September 2020
Verified Purchase
I like the style of writing Richard has. It's very readable. It was the same with Ghost Empire and Saga Land.
Read more
Helpful
Comment Report abuse

George Lawrence
4.0 out of 5 stars A most enjoyabe read
Reviewed in Australia on 1 October 2020
Verified Purchase
I have been to Prague and the book brought back lots of memories.
Read more
Helpful
Comment Report abuse

Saint Quentin
5.0 out of 5 stars Another great Fidler history book.
Reviewed in Australia on 18 September 2020
Verified Purchase
A well researched and written expose of this historic city. Interesting and revealing facts brought to light. Well done, RF.
Read more
Helpful
Comment Report abuse
See all reviews
Get FREE delivery with Amazon Prime
Prime members enjoy FREE Delivery and exclusive access to movies, TV shows, music, Kindle e-books, Twitch Prime, and more.
> Get Started
Back to top
Get to Know Us
Make Money with Us
Let Us Help You
And don't forget:
© 1996-2020, Amazon.com, Inc. or its affiliates