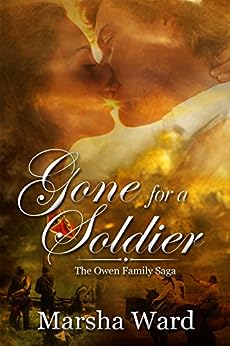 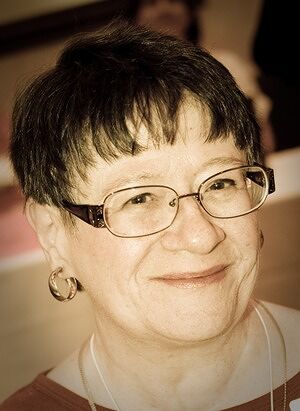 Marsha Ward was born in the sleepy little town of Phoenix, Arizona, in the southwestern United States; and grew up with chickens, citrus trees, and lots of room to roam. She became a storyteller at an early age, regaling her neighborhood friends with her fanciful tales during after-school snacks. Her love of 19th Century Western history and fiction was reinforced by visits to her cousins on their ranch and listening to her father's stories of homesteading in Old Mexico and in the southern part of Arizona. Over the years, Marsha became an award-winning poet, writer and editor, with over 900 pieces of published work, including her acclaimed American historical novel series, The Owen Family Saga. She is the founder of American Night Writers Association, and a member of Western Writers of America, Women Writing the West, Indie Author Hub, LDStorymakers, and Arizona Professional Writers. She makes her home in a tiny forest hamlet in Arizona. When she is not writing, she loves to travel, give talks, meet readers, and sign books. Visit her website at marshaward.com. --This text refers to the paperback edition.

Marsha Ward writes authentic historical fiction set in 19th Century America, including the Western Migration following the Civil War. She was born in the sleepy little town of Phoenix, Arizona, in a simpler time, somewhere in the middle of seven children. That may account for her love of large, boisterous families, and her OWEN FAMILY novels and stories.

With plenty of room to roam among the chickens and citrus trees on her family's property, Marsha enjoyed playing with neighborhood chums until her mother rang the cowbell at nightfall, but she always had her imaginary friend, cowboy Johnny Rigger Prescott, at her side. Now she makes her home in a forest in the mountains of Arizona. She loves to hear from her readers.

THE OWEN FAMILY SAGA series, currently containing a novella and five novels, is ongoing because the Characters in Marsha's Head keep begging for their own stories. Marsha continues to add new adventures to the OWEN FAMILY Universe, and companion stories to the spin-off world labeled SHENANDOAH NEIGHBORS.

For maximum reading pleasure, stories in the THE OWEN FAMILY SAGA and other OWEN FAMILY and SHENANDOAH NEIGHBORS stories are best read in the following order:

Connect with Marsha at:

3.8 out of 5 stars
3.8 out of 5
9 global ratings
How are ratings calculated?
To calculate the overall star rating and percentage breakdown by star, we don’t use a simple average. Instead, our system considers things like how recent a review is and if the reviewer bought the item on Amazon. It also analyses reviews to verify trustworthiness.

Cinderella 7
5.0 out of 5 stars Very Interesting and Wonderful!
Reviewed in the United States on 18 July 2017
Verified Purchase
Why do men look for wars, I think deep down they enjoy fighting until they see the horrors and devastating effect it brings. I enjoyed this book very much, it portrayed strong men, stronger women who loved them. It was very interesting to see that war from the perspective of the people from the south. I don't believe in slavery, but I understand their wanting to keep their own country. The trouble with that is there is always someone else to come along to take what they think belongs to them.

If you haven't read the book please do so, I'm sure you will see things differently too. It's a book well worth reading.
Read more
7 people found this helpful
Report abuse

Meesha
3.0 out of 5 stars Gone for a Soldier
Reviewed in the United States on 26 November 2014
Verified Purchase
I have to break this novel into sections to give it a fair review.

The research done for this book earned 5 stars. I have a lot of respect for those that do their homework and Marsha did hers. She really made the social behavior in 1860's a realistic portrayal of the 'American' family at that time.

She wrote about the Confederate side. Since I have ancestors that fought on both sides, I appreciated reading about the side that lost.

I also enjoyed reading the different point of views from all the family members - men and women. She didn't stay stuck with one character for the whole novel.

Now for the reasons behind 3 stars.

-1 star: too much sensuality. I asked myself whether or not I would feel comfortable if my daughters got this book in their hands. The answer was no.

-1 star: I found myself skipping around which means she didn't hold my interest like her last book did.
Read more
5 people found this helpful
Report abuse

mysterywriter6
5.0 out of 5 stars Riveting to the End
Reviewed in the United States on 20 September 2014
Verified Purchase
It's a time when the country is torn apart, Yankees vs Rebels, and being from Virginia, the Owens stand firm with their neighbors against "them Yankees" invading their homeland.

You will sympathize, cry, and root for the wellbeing of the Owen's family as the Civil War tears at their very lives. Will body and soul survive the conflict?

Marsha Ward weaves a compelling story, one worth reading. I've read and enjoyed all of her books in this series and find Gone for a Soldier is the best one yet. It gives us a history, and an even better insight, to the characters than we had before.
Read more
13 people found this helpful
Report abuse

F. Miner
4.0 out of 5 stars Four Stars
Reviewed in the United States on 2 May 2015
Verified Purchase
Was a very interesting book. I'm sure the events in the book were very mild in comparison to reality.
Read more
6 people found this helpful
Report abuse
See all reviews
Back to top
Get to Know Us
Make Money with Us
Let Us Help You
And don't forget:
© 1996-2021, Amazon.com, Inc. or its affiliates