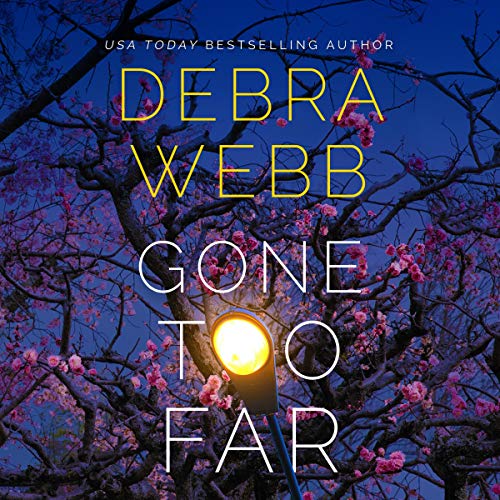 4.6 out of 5 stars
4.6 out of 5
2,124 global ratings
How are ratings calculated?
To calculate the overall star rating and percentage breakdown by star, we don’t use a simple average. Instead, our system considers things like how recent a review is and if the reviewer bought the item on Amazon. It also analyses reviews to verify trustworthiness.

Susies
5.0 out of 5 stars Great
Reviewed in Australia on 16 July 2021
Verified Purchase
Yet again I couldn’t put this down. Looking forward to the next great storyline. Well written wth yet more twists & turns.
Read more
Helpful
Report abuse

Pat b
TOP 500 REVIEWER
4.0 out of 5 stars Fasten your seatbelt, this one takes off quickly!
Reviewed in Australia on 28 April 2021
This book just took off, there was little chance to catch your breath. Detectives Kerri Devlin and Luke Falco from the Birmingham (Alabama) police department are still partners about a year after the events in the previous book (Trust No One) when they get drawn into a very complex case. The Assistant DA, Asher Walsh, is found dead in an upmarket tobacconist and bar - shot through the back of the head along with the owner, Leo Kurtz. There is no apparent motive although drugs are suspected to be involved. When they into Walsh’s activities they learn he was working on something with a former BPD officer, now PI, Sadie Cross, and seek her help in the investigation.

Sadie is still trying to put herself back together 3 years after her cover was blown on undercover operation in which she infiltrated the Osorio Mexican drug cartel. Sadie has huge gaps in her memory after ‘losing’ a period of months from her life before being abandoned, injured and emaciated under a railway bridge. She is still trying to work out what exactly happened to her but agrees to help the detectives through her contacts.

Also in the mix is Devlin’s daughter, 13 year old Tori, who is having a hard time at school. One of the bullies fell down the stairs and was seriously injured. Tori and two of her friends were there and they, too, cannot remember exactly how the fall happened. But of course they are all under suspicion. Then the girl dies.

These three strands get drawn inexorably closer together until it all becomes one story. More or less. In the course of the investigation more people die and some stunning revelations are made. Sadie learns more about her past and is shocked by what she learns. What emerges from the murk is a vast criminal conspiracy that reaches into some very high levels indeed.

While I really enjoyed reading this, it was very fast paced, I’m wondering if it was a little too much. There were a lot of characters and plot lines and I had some trouble keeping track of them, uncharacteristically so. Kudos to the author for keeping all these balls in the air. Nevertheless it was a cracking story and I will be keen to see what’s next for Devlin and Falco. Thanks to Netgalley, Thomas & Mercer and Debra Webb for providing a copy to review. My opinions are my own.
Read more
One person found this helpful
Helpful
Report abuse
See all reviews

Kindle Customer
5.0 out of 5 stars Impressive sequel
Reviewed in the United Kingdom on 1 July 2021
Verified Purchase
Second books are usually a disappointment but this one was just as gripping and page-turning as the first - loved exploring the past of Sadie Cross who was certainly a standout character from the first book... ending got a little bit confusing but probably because I was reading so fast to find out what was going to be revealed next... The ending also left lots of promise for the further sequels so glad to see there's a third book... Keep them coming!
Read more
Report abuse

Jill
5.0 out of 5 stars Excellent read!
Reviewed in the United Kingdom on 17 May 2021
Verified Purchase
Great book. I have enjoyed both books in this series and found them gripping from the start. No unnecessary page after page of descriptions, just great story telling with such excellent plots! The characters in it all work well together with friendships progressing but not distracting from the plot.... very clever!
I really hope there will be more in the series. Highly recommend!
Read more
One person found this helpful
Report abuse

mrs d
5.0 out of 5 stars Smashed it!!
Reviewed in the United Kingdom on 4 July 2021
Verified Purchase
Another great read….. the 2nd in the falco/Devlin series. Following on from the 1st book, it delves deeper into the life of Cross, an undercover agent whilst crossing over with the latest murder the 2 detectives have to solve.
Thoroughly enjoyed it with a great twist at the end.
Read more
Report abuse

Lois Neal
4.0 out of 5 stars Another case solved
Reviewed in the United Kingdom on 17 May 2021
Verified Purchase
Good to read this following on from the first story and have some of the lingering issues that remained for the characters being resolved. A good story with a couple of situations that were eventually found to be really very closely related - but that might be a spoiler alert!
Read more
Report abuse

Kindle Customer
1.0 out of 5 stars Boring, Too long getting started.
Reviewed in the United Kingdom on 23 May 2021
Verified Purchase
Boring, Too much coo-ing and fro-ing, Have read much more interesting books. I have read over 300 books in the last 3 years and this is the second book I am discarding. Even if it gets better towards the end the authors previous book was very similar in getting started.
Read more
Report abuse
See all reviews
Back to top
Get to Know Us
Make Money with Us
Let Us Help You
And don't forget:
© 1996-2021, Amazon.com, Inc. or its affiliates