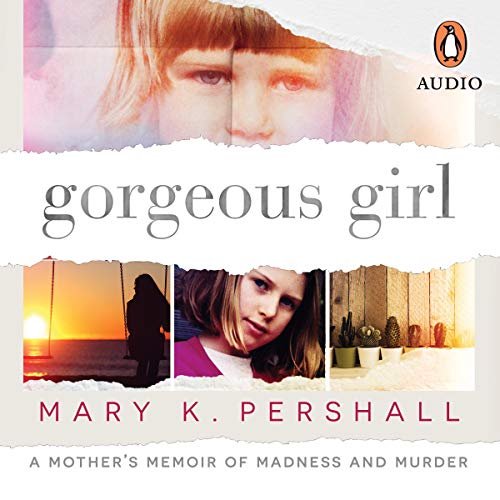 'The only way to comprehend this tragic story of mine is to write it.'

On the 10th of February 2017, there was a sentencing hearing for murder in the Victorian Supreme Court. The young woman in the dock, who sat quietly with her hands in her lap, had perfect skin and light-brown hair tied back as neatly as a private school prefect's. When the judge asked her to confirm her plea, the young woman answered in a clear and polite voice. 'Guilty, Your Honour.'

That killer is Mary K. Pershall's beloved daughter, Anna. She is 28 years old, tall and beautiful, with an effervescent wit and a university degree in psychology. She also hears the voices of demons. After Anna finished uni, she just could not meet the demands of adulthood, and the voices became overwhelming. She attempted to silence them with alcohol and weed, with the abuse of her prescribed medication, and with ice. But the evil howling would not stop.

Award-winning author Mary K. Pershall brings a unique and insightful perspective to a story that is at once devastating and uplifting and proves that a mother's love - even in its darkest hour - can shed light and provide hope to families in crisis.

Switch between reading the Kindle book & listening to the Audible narration with Whispersync for Voice.
Get the Audible audiobook for the reduced price of $2.99 after you buy the Kindle book.
Last chance - Ends Thursday!
Learn more about membership
By completing your purchase, you agree to Audible’s Conditions Of Use and Privacy Notice.
Sold and delivered by Audible, an Amazon company

3.8 out of 5 stars
3.8 out of 5
16 global ratings
How are ratings calculated?
To calculate the overall star rating and percentage breakdown by star, we don’t use a simple average. Instead, our system considers things like how recent a review is and if the reviewer bought the item on Amazon. It also analyses reviews to verify trustworthiness.

Carrie Boon
1.0 out of 5 stars All the excuses in the world...
Reviewed in Australia on 22 February 2021
Verified Purchase
As someone who has severe mental illness and ZERO family support I really hated this book. I would NEVER be violent to another person no matter how sick I am and I resent mental illness being used as an excuse for Anna's terrible crime especially from people who have resources.
Read more
Helpful
Report abuse

Nicki Kendall
TOP 1000 REVIEWER
4.0 out of 5 stars raw heartbreaking
Reviewed in Australia on 3 November 2021
An incredibly raw and honest account of one family's years of struggling to do the best for their daughter as she struggles with mental health and addiction issues. Mary describes in detail how the whole family is impacted for years as their addicted daughter further spirals out of control. Sadly her issues ultimately led her to kill her housemate, which she is now serving a prison sentence for. A powerful, raw account of how addiction and mental health issues impact more than just the sufferer, a heartbreaking and thought provoking read. ⭐⭐⭐⭐ #marykpershall #gorgeousgirl #tea_sipping_bookworm #goodreads #litsy #thestorygraph #bookstagram #bookqueen
Read more
Helpful
Report abuse
See all reviews

S. Hanson
5.0 out of 5 stars Vivid, real account of a life lived hard with no easy solutions
Reviewed in the United States on 4 February 2021
Verified Purchase
I knew some of these people and I applaud their steadfast commitment to family above all. Their are too many homeless people adrift without a tangible connection in this world. We all start out with connections but for some they become severed. They cannot make new connections. They drift and the world loses. This is a must read for families that may be tempted to give up on one of their own. It is a very well written document of a family that would not give up on each other.
Read more
Report abuse

jkhop
5.0 out of 5 stars Beautifully written, Mother's story of just trying to love her daughter suffering from addiction
Reviewed in the United States on 19 September 2018
Verified Purchase
Absolutely a great read, but hard to stomach what this family had to go through because of the mental and addictive problems of one of their own. Well done Mary K Pershall.
Read more
2 people found this helpful
Report abuse
See all reviews