Grace Hopper: Queen of Computer Code and over 1.5 million other books are available for Amazon Kindle . Learn more
Share

Flip to back Flip to front
Listen Playing... Paused   You're listening to a sample of the Audible audio edition.
Learn more
See all 7 images 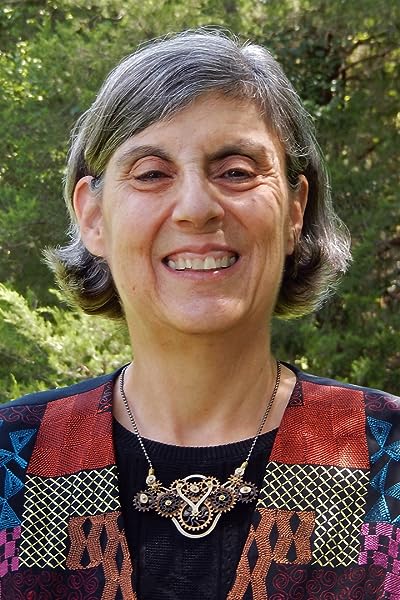 Page 1 of 1 Start overPage 1 of 1
Previous page
Next page
Start reading Grace Hopper on your Kindle in under a minute.

*"Wallmark's tone is admiring, even awestruck, describing Hopper's skill, inventiveness, and strength of character in straightforward, accessible language, introducing a neglected heroine to a new generation of readers. Wu's strong, bright digital illustrations perfectly complement the text while incorporating Hopper's own words in a variety of bold, eye-catching pull quotes scattered throughout the pages. Amazing Grace indeed." --Kirkus (Starred review) "Well-chosen anecdotes and quotes offer a sense of [Grace's] personality . . . Wu's digital illustrations feature rich colors, strong structure, and unexpected but accurate details. An inviting picture-book biography." --Booklist "[T]he author paints an engaging portrait of a unique woman in this bright and informative biography. . . .The vibrant palette and straightforward composition are eye-catching, and Hopper's curiosity, love of learning, and ambition shine through in her expressive features. . . . VERDICT Inquisitive readers who, like Hopper, 'want to understand how things work' will appreciate this upbeat biography of a woman who was ahead of her time.A sound purchase for most collections." --School Library Journal ". . . an upbeat biography . . . Newcomer Wu's digital illustrations are rendered in a vivid and appealing cartoon style that harmonizes with Wallmark's enthusiastic writing, which emphasizes how Hopper's accomplishments arose as much from her intuition as her number sense. Quotes from Hopper, scattered throughout, further amplify the personality and drive of a trailblazing programmer." --Publishers Weekly "Grace Hopper was mechanically, scientifically, and mathematically minded since childhood, as this biography playfully explains via several anecdotes. Then, while serving almost fifty years in the Navy, she broke barriers for women--and for computer science. A biographical poem graces the front endpapers; the back endpapers mention Hopper's honors. Kid-appealing digital cartoons are reminiscent of Hopper's own propensity for doodling. Reading list, timeline. Bib." --Horn Book

Laurie Wallmark is passionate about getting the word out to young people about successful women in science. She has degrees in Biochemistry from Princeton University, Information Systems from Goddard College, and Writing for Children and Young Adults from the Vermont College of Fine Arts. Her debut book was a picture book biography of Ada Byron Lovelace, the world's first computer programmer. Ada Byron Lovelace and the Thinking Machine (Creston Books) received four starred reviews (Kirkus, Publishers Weekly, Booklist, and School Library Journal), praise in The New York Times, and numerous awards. Laurie lives in NJ. Follow her on Facebook: @lauriewallmark. With a BFA in Illustration and Entertainment Arts from Pasadena Art Center College of Design in 2007, Katy Wu has worked for Google, Laika, Pixar, CinderBiter, and Simon & Schuster. Grace Hopper is her first picture book; her second, Dumpling Dreams, written by Carrie Clickard (Simon and Schuster), is scheduled for fall 2017. Having worked on such projects as the feature film Coraline, and various shorts (La Luna, Car Toons) as well as CG, 2D, stop motion, online games, and content for social media platforms, Katy is an incredible talent. She lives and freelances in New York City. Follow her online at katycwwu.tumblr.com.

4.9 out of 5 stars
4.9 out of 5
113 global ratings
How are ratings calculated?
To calculate the overall star rating and percentage breakdown by star, we don’t use a simple average. Instead, our system considers things like how recent a review is and if the reviewer bought the item on Amazon. It also analyses reviews to verify trustworthiness.

Red Bus
5.0 out of 5 stars Fantastic biography of an early female computing pioneer
Reviewed in the United Kingdom on 8 September 2018
Verified Purchase
Grace Hooper's spirit and journey is deftly captured in this inspiring biography. The pictures are excellent and there is just enough prose to capture the story and inspire others to (and then use) Mathematics and Science skills.
Read more
Report abuse

Fernanda Muller Carioba Schleier
4.0 out of 5 stars Doesn’t quite fit on Kindle version...
Reviewed in Brazil on 22 April 2020
Verified Purchase
I bought the book kindle version but I can't read it. It seems that images are too large, and doesn't fit. I can't zoom out either... But on cellphone kindle app is perfect, and is such a cute book. Very inspirational!
Read more
Report abuse

Grayce Gram
5.0 out of 5 stars Good intro to girls in math and women in science
Reviewed in the United States on 25 March 2019
Verified Purchase
Illustrations and story are well matched for this telling of the start of ordinary languages being used to program computers. That a female in the Navy realized the need for hands-on use of computers, rather than having a bottle neck in the form of waiting in line for programmers to enter data, can inspire young women. Importantly, it can also inspire young men that there is always a frontier for upcoming young people to make their mark. Quoting Grace: "If you've got a good idea, and you know it's going to work, go ahead and do it."
Read more
2 people found this helpful
Report abuse

BD
5.0 out of 5 stars So great, we ordered two!
Reviewed in the United States on 25 July 2017
Verified Purchase
I ordered this book for my kids, but husband (a computer engineer) loved it so much, I had to order a second one for him to keep at work. Full of fun Grace Hopper quips, and beautiful illustration. Highly recommend.
Read more
5 people found this helpful
Report abuse
See all reviews
Get FREE delivery with Amazon Prime
Prime members enjoy FREE Delivery and exclusive access to movies, TV shows, music, Kindle e-books, Twitch Prime, and more.
> Get Started
Back to top
Get to Know Us
Make Money with Us
Let Us Help You
And don't forget:
© 1996-2021, Amazon.com, Inc. or its affiliates