A Greyhound, a Groundhog and over 1.5 million other books are available for Amazon Kindle . Learn more
Share 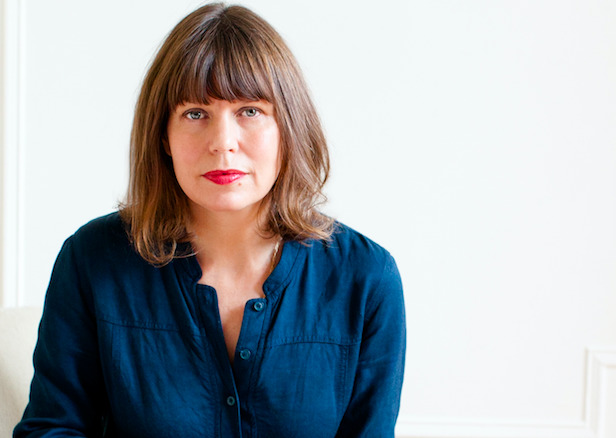 Save on selected Penguin Classics and Popular Penguin books.
View our selection and latest deals. Click to explore.
click to open popover

Page 1 of 1 Start overPage 1 of 1
Previous page
Next page
Start reading A Greyhound, a Groundhog on your Kindle in under a minute.

But what Emily Jenkins and Chris Appelhans' lyrical collaboration is really about is the intoxicating thrill of friendship, and boundless joy of play... -The New York Times A "merry read-aloud." -The Wall Street Journal This delightful story is a feast for the eyes and ears, and it will hold up well to repeated demands from eager young listeners.-- Kirkus, starred review Dedicated to picture book icon Ruth Krauss, this elegant pas de deux between two unlikely creatures recalls the sense of uninhibited play that Krauss brought to her own work. -- Publishers Weekly, starred review A lovely, lyrical paean to the natural order, with an element of wonder and grace. Perfect for one-on-one and group sharing. -- School Library Journal, starred review Appelhans's watercolor illustrations are both adorable and artful, and the fluid style beautifully complements Jenkins's story of unlikely friendship, joyful rambunctiousness and wordplay. -- Shelf Awareness, starred review This unusual duo will make a heartwarming addition to any read-aloud collection. -- Booklist, starred review

Emily Jenkinshas written many highly acclaimed books for children, including the picture book Toys Meet Snow, a New York Times Notable Book and a Wall Street Journal Best Children's Book of the Year, and the popular, award-winning chapter books that feature the same beloved characters, Toys Go Out, Toy Dance Party, and Toys Come Home. She is also the author of A Fine Dessert, a New York Times Best Illustrated Book of the Year; Water in the Park, a Booklist Editors' Choice and a Bulletin Blue Ribbon Book; and Lemonade in Winter, a Publishers Weekly Best Book of the Year. Visit the author at emilyjenkins.com.

Chris Appelhans was selected as the Children's Choice Illustrator of the Year at the Children's Choice Book Awards for Sparky!, written by Jenny Offill. The book received two starred reviews, including one from Booklist declaring, "Appelhans is a revelation." Chris has also worked on several films, as an illustrator and a production designer for Coraline, an environment designer for Fantastic Mr. Fox, and a visual development artist for The Princess and the Frog.

From A Greyhound, a Groundhog

4.5 out of 5 stars
4.5 out of 5
53 global ratings
How are ratings calculated?
To calculate the overall star rating and percentage breakdown by star, we don’t use a simple average. Instead, our system considers things like how recent a review is and if the reviewer bought the item on Amazon. It also analyses reviews to verify trustworthiness.

Nick Healey
5.0 out of 5 stars Five Stars
Reviewed in Canada on 16 January 2018
Verified Purchase
Great book for anyone, but especially those with a greyhound and small kids. Love the artwork.
Read more
Report abuse

Lassie VeUss
5.0 out of 5 stars A Greyhound, A Great Book
Reviewed in the United States on 10 January 2017
Verified Purchase
I love this whimsical little book of friendship and wordplay. The premise is simple and the text is sparse but fun. But the real joy for me are the gorgeous watercolor illustrations which are masterfully done, especially the expressions and the movement of the greyhound and the groundhog. I own a greyhound myself and recognize how the illustrator has perfectly conveyed postures, poses, and action of the breed.
Read more
6 people found this helpful
Report abuse

KariH
5.0 out of 5 stars Simple short sentences and wonderful illustrations
Reviewed in the United States on 28 August 2020
Verified Purchase
I love this book and can't wait to give it to my granddaughter!
I just wish it also came as a board book since the story told with pictures and simple sentences are
"greyt" for little ones.

5.0 out of 5 stars Simple short sentences and wonderful illustrations
Reviewed in the United States on 28 August 2020
I love this book and can't wait to give it to my granddaughter!
I just wish it also came as a board book since the story told with pictures and simple sentences are
"greyt" for little ones.

Sarah New
5.0 out of 5 stars Cute book
Reviewed in the United States on 4 January 2021
Verified Purchase
Cute book, bought for my granddaughter, we have greyhounds so she can relate to this book . Visuals are pleasing to eye for child
Read more
Report abuse