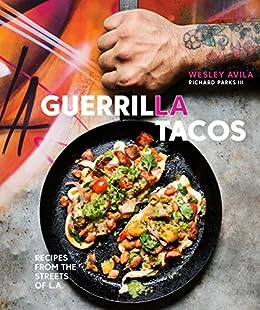 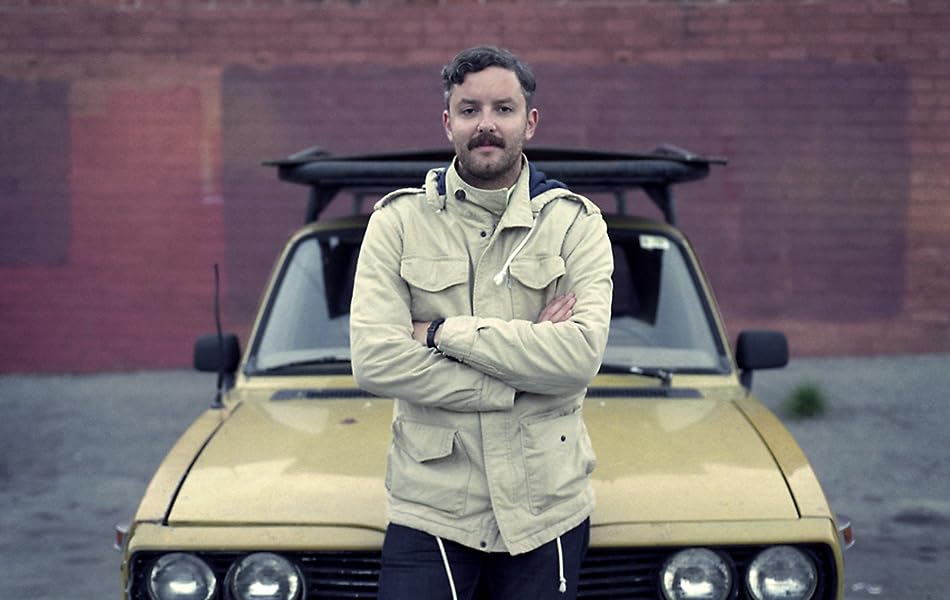 Guerrilla Tacos: Recipes from the Streets of L.A. [A Cookbook] Kindle Edition

"The reason I love Guerrilla Tacos so much is because it has that authentic, Mexican, East L.A. taco vibe. But it also just screams innovation. The flavors and imagination that Wes has put into the tacos is what really makes it stand out. It has that thing that feels like a taco but it's so much more than a taco."
--Skrillex "Don't presume Wesley Avila's terrific Guerrilla Tacos is a book just about tacos. You'd be mistaken, because this is story, a wonderfully told narrative about a man, his struggles, and his dream. Thankfully for him--and for us--it's a story with a happy ending and a slew of delicious recipes."
--Nancy Silverton, co-owner of Mozza Restaurant Group "Wes Avila is a great chef, period. He's also a folk hero and a personal hero, and here is a book filled with his brilliant recipes and stories. All I can say is, if you're like me, you're going look at every photo in this book and say, 'I want that one, I want that one, I want that one, I want that one...'
--Philip Rosenthal, creator of Everybody Loves Raymond and I'll Have What Phil's Having

There are cookbooks you can't wait to actually cook out of, cookbooks you display on your coffee table to remind yourself how cool you are, and cookbooks you read every sentence of because they've somehow nailed storytelling and recipe writing. Well, that last one is a rare unicorn. The new Guerrilla Tacos cookbook is one of those.
--Alex Beggs, BonAppetit.com

Narrated in Avila's relaxed, conversational style, that story pulls you in, as do the 50 recipes. [...] Avila also includes more than two dozen of his fantastic salsas, plus illustrations, comics and helpful advice (on tortillas, on tostadas).
--Tien Nguyen, The Los Angeles Times "[...] the brilliant mashup that is Guerrilla Tacos feels personal, not gimmicky. With offerings like pork belly and caviar tacos alongside adobo, pastor, carnitas and the gang, there's a reason that Jonathan Gold deemed it L.A.'s Best Taco Truck. In Guerrilla Tacos: Recipes from the Streets of LA (Ten Speed), with writer Richard Parks III, Avila tells his underdog story with endearing charm."
--Christine Muhlke, Bon Appetit

Avila is leading a new wave of LA chefs -- children of immigrants, classically trained in French cuisine -- who blur the lines between high and low and, in his case, leaving upscale restaurants to serve street food.
--Mandalit Del Barco, National Public Radio
--This text refers to the hardcover edition.

Before WES AVILA began his life as a taquero, he was a forklift driver at a box factory for seven years. In 2003, he quit his job to go to culinary school full-time. After attending California School of Culinary Arts in Pasadena, California, he went to work at L'Auberge Carmel with Walter Mansk, followed by Palate, Food + Wine, Marche, and Le Comptoir with Gary Menes. In August of 2012, Wes left the world of fine dining to devote himself to running Guerrilla Tacos--at that time, a two-person street cart.

RICHARD PARKS is a writer and filmmaker living in Los Angeles. He has written for Lucky Peach, the New York Times, and McSweeneys. --This text refers to the hardcover edition.

The definitive word on tacos from native Angeleno Wes Avila of Guerrilla Tacos, who draws on his Mexican heritage as well as his time in the kitchens of some of the world's best restaurants to create taco perfection. --This text refers to the hardcover edition.
Read more

4.6 out of 5 stars
4.6 out of 5
486 global ratings
How are ratings calculated?
To calculate the overall star rating and percentage breakdown by star, we don’t use a simple average. Instead, our system considers things like how recent a review is and if the reviewer bought the item on Amazon. It also analyses reviews to verify trustworthiness.

Rachel
3.0 out of 5 stars Street tacos
Reviewed in Australia on 15 July 2020
Verified Purchase
Have flicked through but just haven’t felt inclined to cook from this yet. Too many facets for a taco. Might pass this one on
Read more
Helpful
Report abuse
See all reviews

Kelly P.
2.0 out of 5 stars More of a coffee table book than recipe book
Reviewed in the United Kingdom on 11 December 2017
Verified Purchase
I did my research for a good taco book and came across this one... Unfortunately this book will only be useful on the coffee table as decoration. A lot of the book is pages of text about the company that you just flip through so you can get to the actual recipes... and then you get to the recipes and they call for a ton of ingredients that you'd have trouble finding in the supermarket, i.e. sea urchins. Pretty pictures -- not ever going to use a recipe.
Read more
4 people found this helpful
Report abuse

Nevison
5.0 out of 5 stars Awesome book
Reviewed in the United Kingdom on 29 August 2018
Verified Purchase
I love and collect cookbooks. This is in my top 5
Read more
One person found this helpful
Report abuse

daveoverreal
3.0 out of 5 stars No Taco recipe?
Reviewed in the United Kingdom on 14 February 2021
Verified Purchase
Lovely book but no recipe for actual tacos or tortillas from scratch? Weird.
Read more
Report abuse

edward stimson
5.0 out of 5 stars Brilliant
Reviewed in the United Kingdom on 29 October 2017
Verified Purchase
I thought I was purchasing another cookbook for ideas. Didn't realise It was also a book to give me more drive and inspiration. Fantastic
Read more
Report abuse

L. B. D'Alba
5.0 out of 5 stars Five Stars
Reviewed in the United Kingdom on 6 July 2018
Verified Purchase
This book is excellent. it arrived very fast.
Read more
One person found this helpful
Report abuse
See all reviews
Back to top
Get to Know Us
Make Money with Us
Let Us Help You
And don't forget:
© 1996-2021, Amazon.com, Inc. or its affiliates