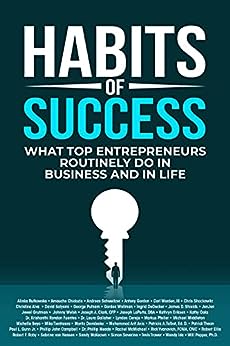 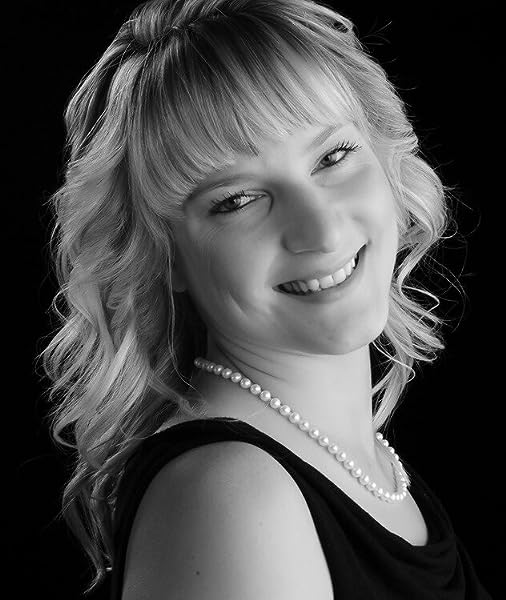 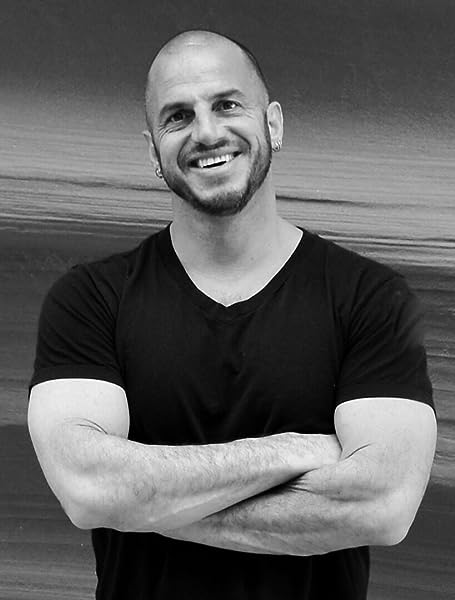 Habits of Success: What Top Entrepreneurs Routinely Do in Business and in Life Kindle Edition

As the world resumes from a year and a half of pandemic disruption, we find ourselves wondering what to do next? Should we go back to normal or move forward to better? How do we maximize our time and efforts to find our most successful selves?
What habits will sustain that success the next time our world is shaken up?

You will find these answers reading the brilliant contributors to HABITS OF SUCCESS. This anthology draws wisdom from over forty exceptional leaders, ranging from CEOs to Coaches to world-changers. Habits of Success presents a diverse array of habits that you may choose to suit your concept of success.

Each chapter in Habits of Success will shed light on different methods for acquiring habits and how to utilize them on your path to success:

As the world restarts, take this opportunity to assess the path you are on. Are you taking the most efficient path? How certain are you that success awaits and the end of this journey?

Fortunately, habits are products of behavior. You can always adapt them to suit the situation and goals. What habits will accompany you on the next leg of your journey?
Get your copy of Habits of Success and pave your path to success today!
Read more
Previous page
Next page

Alinka Rutkowska is the CEO of Leaders Press (www.leaderspress.com), a USA Today and Wall Street Journal best-selling press, where she creates books for entrepreneurs from scratch and launches them to best-seller status with a 100% success rate. She's worked with top business leaders such as Po Chung (the co-founder of DHL International), Mark Nureddine (the CEO of Bull Outdoor Products) and Chris Catranis (the founder of Babylon Telecommunications). Leaders Press's releases have landed on bookshelves together with Nobel Prize winners and World Economic Forums speakers. Alinka's mission is to help 1,000 entrepreneurs share their wisdom with the world by 2030. Alinka is an official member of the Forbes Business Council and her cutting-edge book creation process has been featured in Entrepreneur magazine.

Andreas Schweitzer is the Founder and Managing Director of Arjan Capital Ltd, a London-based corporate advisory and trade finance firm with a focus on underbanked markets in the world, especially Central Asia and Africa. Arjan Capital is regulated by the UK Financial Conduct Authority (FCA), serving midsize and large-cap companies in Europe, Central Asia and Africa. Previously, Schweitzer created and managed a $200 M market-timing fund, and has held management positions at Jacobs Suchard (now Kraft Foods Schweiz AG), working in Switzerland, UK, Panama and France. Schweitzer serves on a number of SME boards and is an active member of the Young Presidents' Organization (YPO) since 1997. In 2015, Schweitzer was named Honorary Senator of the Bundessenat für Wirtschaft und Technologie (European Senate for Technology & Economy) Wirtschaftskomitee Deutschland (Germany) e.V. (WBA)

Dávid Sólyomi was born in Hungary, in 1982. He graduated as an economist specializing in corporate finance in Budapest and took part in the foundation of both Hungarian and American companies as an entrepreneur. Today, he is living off of the dividends of his investments, and he teaches all over the world how financial freedom can be achieved by purchasing ownership stakes in the world's best companies and receiving a share of their profits in the form of dividends. Neither his acquisition of a solid financial background at a young age, nor his earlier best-selling books made him good enough for himself, so he decided to complete an Ironman triathlon race. This book came to be because that adventure gave him much more than the attractive-sounding title. Dávid has a limited number of one-on-one coaching opportunities available. Please reach out to him at davidsolyomi.com to discuss how he can help you achieve your goals.

Gordon Wollman is a nationally ranked Wealth Advisor whose company has been among the top 1% of financial advisors for the last eleven years. He leads sixteen professionals at Cornerstone Financial, the company he founded. Working with clients in 26 states, the team helps people build, preserve, and transfer wealth. Gordon built his business on common sense, hard-work, and the discipline of good habits - things he learned growing up on the family farm near Huron, South Dakota. Gordon says, "When I started in the industry, I had a vision and I set big goals. To be successful, I knew I had to focus on the basics - start your day early, have a plan, build routines around your goals. I sought out mentors and studied the best in the industry, implementing best practices and investing in business and professional development." Gordon continues to have aggressive growth goals for his company, which currently has branches in Sioux Falls and Huron, South Dakota. More importantly, he has learned to commit the same energy and determination to all the roles he plays. Gordon says, "I'm very grateful for my amazing wife, loving family, and the life I've been blessed with.

Mortiz Davidesko was born in Romania and immigrated to Israel at the age of four. He overcame dyslexia and founded his own telecommunications company. After immigrating to New Jersey, he sold his company and is now the owner of three restaurants. He spends his free time deliberating on how to make planet Earth a better place for all people, while enjoying the company of his wife, children, and grandchildren. --This text refers to the paperback edition.

5.0 out of 5 stars
5 out of 5
33 global ratings
How are ratings calculated?
To calculate the overall star rating and percentage breakdown by star, we don’t use a simple average. Instead, our system considers things like how recent a review is and if the reviewer bought the item on Amazon. It also analyses reviews to verify trustworthiness.

Miss L C Bortoli
5.0 out of 5 stars A book everyone should read!
Reviewed in the United Kingdom on 15 July 2021
Verified Purchase
This book really gives you a better understanding about what is behind success! The book has many inspirational stories that will inspire you. This book should be a “Must Read” for everyone. I liked the fact that the book is easy to read and interesting. I would recommend this book to both young and mature readers on the way to achieving their life goals.
Read more
Report abuse

Andreas Schweitzer
4.0 out of 5 stars success is what you make of it
Reviewed in the United Kingdom on 16 June 2021
Verified Purchase
The good, the bad and the ugly we all see and live in our lives.
Food for thought wrapped in short real live stories from many walks of live.
Worth the read
Read more
One person found this helpful
Report abuse

ben summers
5.0 out of 5 stars Inspirational book
Reviewed in the United Kingdom on 6 October 2021
Verified Purchase
A collection of inspirational and insightful stories that genuinely make you think about the habits that separate the successful from the not so. I've certainly learned some habits I need to adopt!
Read more
Report abuse

Alex
5.0 out of 5 stars Success-The art of achieving your inner strength
Reviewed in Canada on 27 June 2021
Verified Purchase
The book has many inspirational stories that will inspire you find your inner strength. This book should be a “Must Read” for everyone and especially if you are in a sales environment. It will show you how to overcome your fears , pivot and inspire you to go forward and reach your goals. Many of these story tellers have gone through tough times but found ways and solutions to go forward in life and work.
Read more
One person found this helpful
Report abuse

Amazon Customer
5.0 out of 5 stars wonderful stories and extremely helpful tips and habits for anyone wishing success
Reviewed in Canada on 16 June 2021
Verified Purchase
Very refreshing to be able to see how everyday people became successful and how they created and implemented habits that are easy for most people to incorporate into their daily lives. Very beneficial book for anyone looking for success!
Read more
Report abuse
See all reviews
Back to top
Get to Know Us
Make Money with Us
Let Us Help You
And don't forget:
© 1996-2021, Amazon.com, Inc. or its affiliates