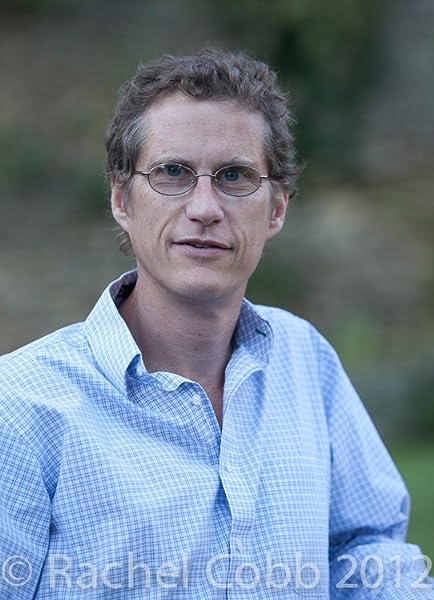 by Dean King (Author), etc. (Author)
4.6 out of 5 stars 175 ratings
See all formats and editions
Sorry, there was a problem loading this page. Try again.

"Carefully maps and illustrates the oceans, ports, islands, and actions, book by book of the Aubrey-Maturin Series." --Los Angeles Times

"These battle and voyage maps greatly enhance the pleasure of O'Brian's salty tales O'Brian aficionados surely will make frequent use of Harbors and High Seas--a worthy, stirring guide to the world of the British Navy in the Age of Sail." --Pequot Pilot "The assorted world travels of Aubrey and Maturin can leave you geographically adrift. With not a moment to lose, help is but a bookstore away. Harbors and High Seas. . . comes in handy if you're reading the series over a number of years an need a quick reminder of past plots." --Chicago Tribune "The ideal Baedeker." --Kirkus Reviews

Dean King is the author of many works of nonfiction, including Patrick O'Brian: A Life Revealed and Every Man Shall Do His Duty. He lives in Richmond, Virginia.

John B. Hattenborf is a professor of maritime history at the United States Naval War College. J.
Start reading Harbors and High Seas on your Kindle in under a minute.

4.6 out of 5 stars
4.6 out of 5
175 global ratings
How are ratings calculated?
To calculate the overall star rating and percentage breakdown by star, we don’t use a simple average. Instead, our system considers things like how recent a review is and if the reviewer bought the item on Amazon. It also analyses reviews to verify trustworthiness.

stephen hanrahan
4.0 out of 5 stars Count it!
Reviewed in Australia on 22 August 2020
Verified Purchase
Follow the geography of the books in Patrick O’Brian series
Read more
Helpful
Report abuse
See all reviews

Alexandre
4.0 out of 5 stars Some Harbours and only a few High Seas - Third Edition
Reviewed in the United Kingdom on 17 June 2012
Verified Purchase
There have been many attempts by fans of Patrick O'Brian's Aubrey/Maturin series to map the places their heroes found adventure, most of them online, however. For those who enjoy having another book open whilst reading, something to hold and pore over, or reliving Jack's and Stephen's journeys, this large-sized paperback is the thing.

Dean King compiles geographic information with recaps of the books' plots and characters without giving away too much if you have not yet read a volume. It is organised by novel, in order, (not including the final, unfinished novel, 21), and chapter titles are cleverly done to reflect the journeys in each novel. Each chapter contains information about main routes travelled, and about locations such as London in 1812, the Port of Cadiz, the Downs, Gib, etc. Some places are well-mapped, particularly the elusive ports of call in the Baltic from "The Surgeon's Mate." The ports and their historical interests are presented, as well as illustrations of places from contemporary woodcuts and prints. The fictitious places are sensitively treated vis-à-vis the real places that surround them, or the places that inspired them, such as houses or landscape or London clubs. There is an adequate but not comprehensive index, a generous bibliography, and some extra information inserted, such as maritime measurements, a map of tradewinds, trade routes, and ocean currents, etc.

The drawback to this volume is that in its format it promises much that is does not deliver. What seems missing most are maps of actions and main events, which are, with a very few exceptions, lacking. Some of the most memorable moments seem to be left out entirely: more detail of the chase through the Grand Banks in the Atlantic, the spot where the HMS Ariel broke its back on the rocks of Brittany, more detail of the route taken by Stephen and Jack when Jack was dressed as a bear in "Post Captain," Maturin's Spanish Castle in Catalonia, the journey to Paris after being captured in Brittany, much more detail of the travelling around Sydney and surrounds, and the islet where the HMS Surprise was when Stephen was struck by a platypus spur, Diana's trip across India, the haring about in Boston and surrounds, and especially the spot where Reade swung the Ringle around the point to escape the Spanish privateer. Also lacking are the details of actions, which would truly compliment any book, fiction or non-fiction, about wartime sailing. All we get is a small inset of the USS Constitution vs Java, and the rest are just action symbols. This might seem paltry to one who has looked up the well-illustrated summary of HMS Surprise's action to protect the East India Fleet, complete with wind direction and tacking, posted by a fan on the Patrick O'Brian website, and surely the reader expects to see some mapping of decisive actions such as the many in the Mediterranean and the one when the Surprise was a Letter of Marque, but the few there are are without adequate detail.

This book is an enjoyable read, but a cursory one, and to anyone used to O'Brian's writing style, this companion to Jack's and Stephen's travels will seem a mere superficial volume of notes where one with more detail would be much more satisfying. The author, a biographer of Patrick O'Brian, would do well to expand this substantially to complement the novels more fully - as it is, this book only whets an appetite for more information that it does not present. If you love Patrick O'Brian's novels, though, you will appreciate this volume as an addition to your Aubrey-Maturin library.
Read more
13 people found this helpful
Report abuse

Tony Wrench
5.0 out of 5 stars Very handy guide
Reviewed in the United Kingdom on 18 January 2021
Verified Purchase
This was just what we needed after reading the whole series and still not knowing where Batavia was. It markrs real places and also fictional places on the maps, which is very helpful. Only thing I have against this book is the American spelling of Harbour in the title, and his corny and unhelpful chapter and picture headings. Otherwise, great.
Read more
Report abuse

David Nicholas
3.0 out of 5 stars An unfinished voyage
Reviewed in the United Kingdom on 29 April 2020
Verified Purchase
A good companion which an O'Brian fan should own, and the maps and descriptions give a fine sense of the Aubreyiad. But like other reviewers, there is a feeling that it could have been so much more. The individual book chapters are on the cursory side, even with the understanding that King is trying to avoid spoilers. And the Aubrey-Maturin purist will be distracted by odd errors of both general and story-specific history. Oliver Cromwell did not subdue Ireland in 1641 and Harte is not an admiral in 'Master and Commander'. A book in its third edition should have had these wrinkles ironed out. High time for a revised and expanded fourth edition perhaps.
Read more
Report abuse

Billy The Baker
5.0 out of 5 stars Maybe no "meat" though plenty of bones to pick over!
Reviewed in the United Kingdom on 3 August 2015
Verified Purchase
Another great accompaniment to the novels of Patrick O'Brian. The reviewer who complains of "lack of meat" in this Atlas will find all the meat - and more - in the novels themselves. I never, ever heard of an Atlas on any subject really having "meat" as such. Atlases do not normally tell stories - though there are some tales in this one - Atlases are usually fairly plain, straightforward maps and the like, with an "index" of pointers at the side.
This book fills its purpose very adequately.
I recommend it.
Read more
4 people found this helpful
Report abuse

George Birdsall
1.0 out of 5 stars Basic.
Reviewed in the United Kingdom on 3 September 2019
Verified Purchase
Although some of the facts about sailing in these times are interesting the details recounted about British geography and overseas possessions is basic to say the least.
Read more
Report abuse
See all reviews
Back to top
Get to Know Us
Make Money with Us
Let Us Help You
And don't forget:
© 1996-2021, Amazon.com, Inc. or its affiliates