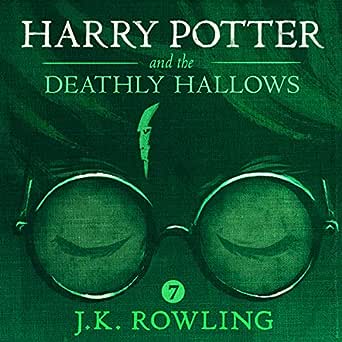 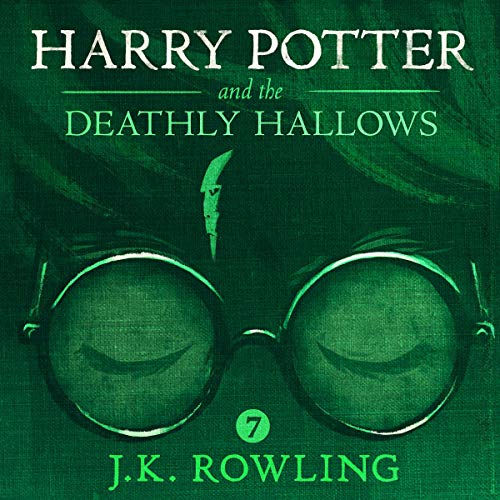 4.8 out of 5 stars
4.8 out of 5
10,888 global ratings
How are ratings calculated?
To calculate the overall star rating and percentage breakdown by star, we don’t use a simple average. Instead, our system considers things like how recent a review is and if the reviewer bought the item on Amazon. It also analyses reviews to verify trustworthiness.

Zac
5.0 out of 5 stars Go J.K Rowling
Reviewed in Australia on 1 August 2019
Verified Purchase
This is the best book ever.This the best one in the series.This book tops everything it is also the last bok in the series if you don't count the cursed child.I like for these reasons…1 It's got detail and description.2 The daring plans Harry,Ron and Hermione make in the book.3 The amount of effort J.K Rowling makes in this makes impossible not to at least like it enough that you read the whole book.4 The way she wrote the story made long,interesting and good to read.5 The hunt for the Horcruxs made it exciting and scary sometimes especially when they got took to Malfoy Manor I thought they were going to die.6 When Harry turned up at Hogwarts the delight from the Gryffindor's was awesome but soon descended in worry of what they were going to do.7 The battle of Hogwarts,that was scary I personal thought he was going to be killed for sure but then he faked his own death and stood up to Voldemort.Now I won't tell you what happens next because it will spoil it but there are my reasons.I recommend this for 9+ because a lot of people die and there the B word once in it.Hope you enjoyed the review and remember to read this book!!!
Read more
Helpful
Comment Report abuse

I like to read
5.0 out of 5 stars :) BEST BOOK EVER!
Reviewed in Australia on 16 July 2020
Verified Purchase
Help me I am dying of the creativity and exellence.This spellbinding (geddit?)book is living proof that J.K Rowling is the greatest aurthoron Earth!How do I know?BECAUSE I HAVE READ THE ENTIRE SERIES!
Read more
Helpful
Comment Report abuse

Jenny B from Echuca
TOP 1000 REVIEWER
5.0 out of 5 stars Harry Potter rules!....
Reviewed in Australia on 7 October 2018
Verified Purchase
I resisted these novels at first, but once I tried the first one , I couldn’t stop. I was completely absorbed. Highly recommended for all ages.
Read more
Helpful
Comment Report abuse

Nehi
5.0 out of 5 stars The most amazing story I've read so far.
Reviewed in Australia on 21 September 2017
Verified Purchase
So sad that it's finished. I wanted to read these stories forever. That's how good they are. I'll miss all the world of Harry Potter.
Read more
3 people found this helpful
Helpful
Comment Report abuse

Eve
5.0 out of 5 stars This is Harry Potter, need I say anymore?
Reviewed in Australia on 31 October 2016
Verified Purchase
There is no substitute for Harry Potter and everyone who has read it knows it. I know this is a short review but that is all you really need to say. Also, I would recommend this book to anyone who likes fiction books.
Read more
Helpful
Comment Report abuse

Justin
5.0 out of 5 stars Harry Potter and the deathly hallows
Reviewed in Australia on 24 July 2020
Verified Purchase
I like it when Harry gets hit by the avada kedarver spell, it makes me very, very exited for what is going to happen next
Read more
Helpful
Comment Report abuse

Kindle Customer
4.0 out of 5 stars Turtles
Reviewed in Australia on 17 September 2018
Verified Purchase
It was good but you have to read all the books befoer reading this one but it wasnt as good a the half blood Prince
Read more
Helpful
Comment Report abuse

Kindle Customer
5.0 out of 5 stars The greatest
Reviewed in Australia on 18 February 2018
Verified Purchase
The most mysterious and finest of the whole series even tho we were already grown up by the time it was released
Read more
Helpful
Comment Report abuse
See all reviews

T.L.F.M
5.0 out of 5 stars great end of the great story
Reviewed in the United Kingdom on 11 May 2020
Verified Purchase
Everyone knows a bit about Harry Potter so I will focus here not on the contents of the book but on the quality of this book as a product.
The book is a present for my child that loves Harry Potter and has seen all the films, but now when she is older (10 years old) she wants to read all the books too. I was between buying a full set with the box that is more expensive or buying separate books from this company - cheaper option especially that this book came in an offer.
I have ordered book 1 and 2 to check if it is worth it.
I am very happy to say that it is and now I have all 7 books for £30.
The set looks great and I am very happy with my buy
The books are:
- good size that can be held by a child or adult for a long time
- weight - this version has a paper cover and light weight pages so the book is on the lighter side and good for kids
- paper quality and the colour are good. The books that I bought had all their pages, the bonding is holding them in and does not feel like they will fall out any time soon
- size and spaces between the words is very comfortable for my eyes and I can read it without glasses
- illustration that is on the cover is very nice and definitely in the Harry Potter style
- very good delivery time and I can have all 7 books for £30 with all the promotions I have got on them:)

I hope you will like my review, if you found it useful please hit ‘Helpful’. It will make my day:)XX

Djilly L.
5.0 out of 5 stars Hunting Horcruxes
Reviewed in the United Kingdom on 19 August 2019
Verified Purchase
It will be no surprise that you’ll find Harry severely challenged in this book with Lord Voldemort and the Death Eaters on his heels with the protective charm broken! - that has kept him safe until now There is no hiding as he is well aware that He-who-shall-not-be-named strikes fear into all aspects of Harry’s life. Not only must Harry the remaining Horcruxes and destroy them, there will be a final confrontation as well. Harry’s own potential death is keeps a happy-ending up in the air - either Harry or Voldemort had to die. The story line of the 607 page book has many exciting twists and turns, making the narrative far from predictable while tension builds up until the bloody battle at the end of the tale.
It’s also an great adventure, with the trio of friends hunting for horcruxes while trying to evade the Death Eaters. At the same time there is plenty of room for laughs and humour, the twins Fred and George Weasley for starters manage to keep it at least a little light hearted. The Deathly Hallows revisits key characters and places and from all of the previous six books with subtle references to previous events or dialogue from earlier books, making the read very enjoyable. Most of the loose ends planted in the previous books will be tied up.

All in all a great and worthy conclusion to the series in my view. I’ m very thankful for the books and for the tremendous magical world created by J.K. Rowling.
Read more

John M
5.0 out of 5 stars A great conclusion to a fabulous series that has captivated a generation
Reviewed in the United Kingdom on 27 October 2018
Verified Purchase
So, I finally managed to complete reading the last in the series, although about 12 years after the final book was published!
Harry Potter, together with his teenage companions and the members of the Order of the Phoenix, enter the final struggle with Voldemort and his Death Eaters, without the guidance of Dumbledore. They seek to uncover and destroy Voldemort's horcruxes and the secrets of the Deathly Hallows. What could possibly go wrong?
This last book is a great climax, probably the best in the series, with plenty of action. In fact, one needs to pay close attention at times as we the discover the complex history of Dumbledore and Snape, and come to understand the ambiguity and true allegiances and objectives of the two characters. The final chapters are a powerful and moving conclusion to the series.
This is a once in a generation (or even century) series that has captured the imagination of so many and made such an impact on popular culture and imagination.......(one can only overlook the outrageous use of coincidence to move the story along in places!)
Read more
4 people found this helpful
Report abuse

Dan
5.0 out of 5 stars The best book series ever?
Reviewed in the United Kingdom on 1 December 2017
Verified Purchase
I couldn’t wait for this book to come out. I remember staring out the window waiting for the postman to arrive on the day it was released eagerly wanting to find out how the books would conclude. I then locked myself away in my room and refused to go out or talk to anyone until I knew how it ended so that no one could ruin it for me! Absolutely fantastic book, brilliant childhood memories, and thoroughly recommended to all ages.
Read more
7 people found this helpful
Report abuse

Jules
5.0 out of 5 stars Oh no last book, but well done Rowling!
Reviewed in the United Kingdom on 15 April 2020
Verified Purchase
~*I really enjoyed this book! It feels as if we have been at hogwarts with Harry for several years, but oh no! Its the last book, very sad. It had a beautiful ending and I recommend this to anyone over the age of Eight or Nine. Harry Potter and Fantastic Beasts show you that magic IS real and not just illusion. Five stars from me for working so hard on every book and Showing that magic is true!~* #Potter Headz!
Read more
2 people found this helpful
Report abuse
See all reviews
Get FREE delivery with Amazon Prime
Prime members enjoy FREE Delivery and exclusive access to movies, TV shows, music, Kindle e-books, Twitch Prime, and more.
> Get Started
Back to top
Get to Know Us
Make Money with Us
Let Us Help You
And don't forget:
© 1996-2020, Amazon.com, Inc. or its affiliates