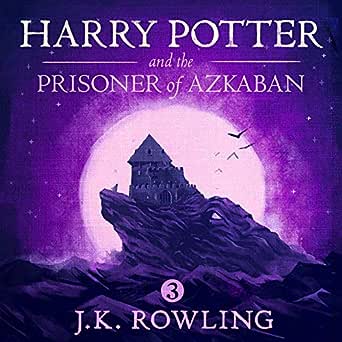 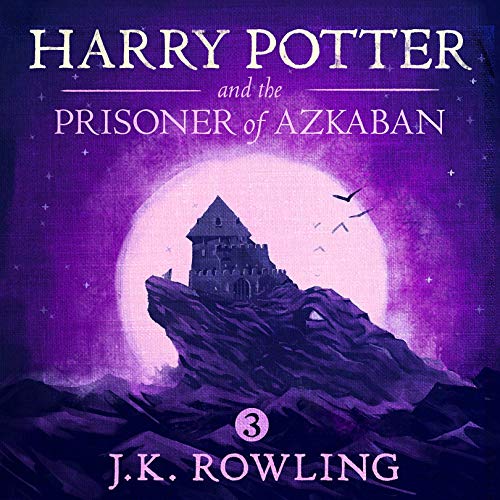 Harry Potter and the Prisoner of Azkaban, Book 3

4.8 out of 5 stars
4.8 out of 5
10,586 global ratings
How are ratings calculated?
To calculate the overall star rating and percentage breakdown by star, we don’t use a simple average. Instead, our system considers things like how recent a review is and if the reviewer bought the item on Amazon. It also analyses reviews to verify trustworthiness.

chana franck
5.0 out of 5 stars AMAZING!!!!!!!!
Reviewed in Australia on 3 December 2019
Verified Purchase
this book is amazing i love the way JK Rowling writes the story it gives so much detail!! i have read the whole series EIGHT times and i am nine!!! i recommend it for anyone who is 7+

Jenny B from Echuca
TOP 1000 REVIEWER
5.0 out of 5 stars J K Rowling is a star!
Reviewed in Australia on 12 September 2018
Verified Purchase
This magnificent series of novels is highly recommended to all ages. Your preferred genre does not have to be fantasy to enjoy these novels.
Read more
Helpful
Comment Report abuse

Kindle Customer
4.0 out of 5 stars Absolutely Brilliant
Reviewed in Australia on 9 June 2018
Verified Purchase
Always a great read, love the harry potter series no matter what age you might be catters to everyone. Always love the surprise at the end of the book.
Read more
Helpful
Comment Report abuse

Frankie
5.0 out of 5 stars Prisoner of Azkaban
Reviewed in Australia on 18 August 2019
Verified Purchase
We loved the book. My 10 year old daughter and I are working through the series at bedtime. The books are always so lively and imaginative.
Read more
Helpful
Comment Report abuse

Delphine
5.0 out of 5 stars Five Stars
Reviewed in Australia on 7 June 2018
Verified Purchase
Still enough magic tricks and not a lot of "war and killing" as in later books
Read more
Helpful
Comment Report abuse

Nick
5.0 out of 5 stars THIS IS REALLY INTERESTING!!!!!!!
Reviewed in Australia on 27 September 2017
Verified Purchase
The Harry Potter books are really deadly interesting.
The Pottermore series is creeping the skin out of us.
Just sit and enjoy and relax!

Hitesh
5.0 out of 5 stars In my opinion, whether you're twelve or twenty two, I highly recommend them!!
Reviewed in India on 13 October 2018
Verified Purchase
As always with Rowling's books, I loved Harry Potter and the Prisoner of Azkaban! JK Rowling's words have a curious habit of coming to life, and her characters are funny, and realistic. One of the greatest things about Harry Potter, is that they improve with each book, and you can clearly glimpse the clever, intricate plot Rowling has wove, with cleverly placed foreshadowing and seemingly innocent hints.
Read more

Djilly L.
5.0 out of 5 stars A much darker story but a fabulous read with a little something for everyone
Reviewed in the United Kingdom on 12 June 2019
Verified Purchase
In this book, as Harry approaches adolescence the tone changes. And we get a more interesting, but also more complex and darker story.

Unlike the static characters in other books or series, Harry is getting older, and getting less stable emotionally. The book still appeals to both children and adults but it involves some horror creatures, Dementors and there is lot of focus on Harry’s parents' deaths.

The great thing for children is that the familiar, relatable characters are being brought to life and come across as very realistic. Harry’s friendship with Ron and Hermione takes a different direction in this instalment. Hermione is being forced to make tough choices that impact Harry but Ron in particular. With who she is in constant disagreement. But the book also has an exceptionally strong set of secondary characters like Professor Lupin, the Defense Against the Dark Arts teacher, a great new character that hides a big hairy secret. Then there is Professor Trelawney for Divination studies. While Hagrid displays his love of all magical creatures. Professor Snape remains enigmatic so that you continue to question his true motives. Cedric Diggory and Cho Chang, who play important roles in later books of the series are introduced as well

The book has are many fun, unexpected and exciting plot points. Many elements in this story are not what they appear at first sight, take for example Sirius Black a prison escapee, who is believed to have betrayed Harry’s parents. The mystery of Lord Voldemort murder of Harry's parents is increasingly central and new details are revealed. And the climax was exhilarating and intense.

Our daughter had to be forced to put the book down. And when pushed for favourites, Prisoner of Azkaban is her favourite Harry Potter book, if not among all the books she has read.

AHick90
5.0 out of 5 stars Used hardback - Harry Potter and the Prisoner of Azkaban
Reviewed in the United Kingdom on 12 March 2020
Verified Purchase
Original harry potter and the prisoner of azkaban 1999. Used hardback copy is as discribed and although edges are yellowed, however all pages and text are clearly readable and intact and there is NO damage at all. Fantastic buy for £2.99 from seller Britbooks LTD.

Third installment of the Harry Potter Series, Harry along with friends Ron and Hermione start their third year at Hogwarts school of Witchcraft and Wizardry. Who knows what will happen this year as a notoriously dark wizard has escaped from azkaban and is making his way to Hogwarts...but why? And for who?
Read more
3 people found this helpful
Report abuse

Lisa J
4.0 out of 5 stars Good budget version of the amazing story.
Reviewed in the United Kingdom on 26 November 2019
Verified Purchase
The book arrived next day good packaged (as amazon usually do).
In this review I will not be saying about the story, it is definetely amazing without doubts. I read the story years ago and now my 7 years old enjoy reading the book.
The book's quality is good, my little one give the book to her friend after she finished, and the book still was in very good condition. It is slightly boring for the little kids though as there are no any illustration ))
Thank you!
Read more
3 people found this helpful
Report abuse

Amazon Customer
5.0 out of 5 stars Writing at its best.
Reviewed in the United Kingdom on 31 July 2017
Verified Purchase
J.K. Rowling is without doubt one of the best writers I have ever read. It is very difficult to put her series of Potter books down and this one is no exception. Even though I have seen all the films and enjoyed them I have to say that the books are better than the films (and that takes some doing). Even if you have seen the films I would highly recommend that you read the books - all of them.
Read more
6 people found this helpful
Report abuse
See all reviews
Get FREE delivery with Amazon Prime
Prime members enjoy FREE Delivery and exclusive access to movies, TV shows, music, Kindle e-books, Twitch Prime, and more.
> Get Started
Back to top
Get to Know Us
Make Money with Us
Let Us Help You
And don't forget:
© 1996-2020, Amazon.com, Inc. or its affiliates