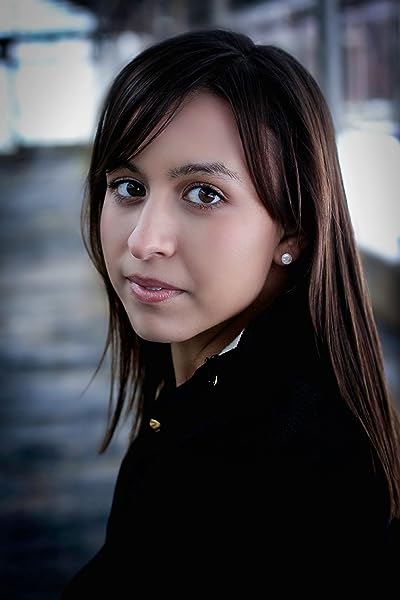 by Jasmine Warga (Author)
4.0 out of 5 stars 19 ratings
See all formats and editions
Sorry, there was a problem loading this page. Try again.

Praise for MY HEART AND OTHER BLACK HOLES: "At times poignant, bitter, and funny, this narrative captures [a] unique voice that questions what it means to die--and to live."--Booklist (starred review)

"A well-executed family drama of the power of romantic and parental love, secrets, regrets, and new beginnings."--Kirkus Reviews

"An intense family drama that will pull readers in with poignancy, romance, and grief over lost relationships, all set to the beat of scattered song lyrics woven nicely through the narrative."--Booklist

"Intriguing, romantic, and honest, the book celebrates the new beginning that can emerge from tragic endings."--Publishers Weekly

Praise for MY HEART AND OTHER BLACK HOLES: "Debut author Warga unflinchingly tackles the grim subject matter with empathy, sensitivity, and honesty, without trivializing her protagonists' disturbing thoughts or emotions . . . [with an] utterly endearing romance."--The Horn Book

Praise for MY HEART AND OTHER BLACK HOLES: "Earnest and heartfelt . . . any teen who's ever felt like an outsider will be able to relate to Aysel's and Roman's fully realized characters."--Kirkus Reviews

"This timely, multicultural novel hits all the right notes in the right ways"--Voice of Youth Advocates (VOYA)

"My Heart and Other Black Holes is alive with intensity, gut-wrenching honesty, moments of humor, and--of course--heart. This is an extraordinary debut by a striking new voice in YA fiction that left me in awe and moved beyond measure. Not to be missed."--Nova Ren Suma, author of THE WALLS AROUND US

"With high intelligence and a massiveness of heart, Warga gifts us with a novel that has the music of Mozart, the logic of advanced physics, and the vision to see the link between them. This is something utterly new, a book that is kinetic and beautiful and unexpectedly life-affirming."--Chris Lynch, National Book Award Finalist for Inexcusable and Michael L. Printz Honor-winner for Freewill

Praise for MY HEART AND OTHER BLACK HOLES: "[The book] addresses serious issues with complexity and humor . . . thoughtfully presented."--School Library Journal

Praise for MY HEART AND OTHER BLACK HOLES: "Warga delves honestly into the very difficult issues of teenage depression...sometimes sad, sometimes funny, but ultimately filled with hope."--Voice of Youth Advocates (VOYA)

Songs have always helped Tal ease the pain of never having known her father. Her mother, who is very secretive about her past, won't say a word about who her dad really was. But when Tal finds a shoebox full of old letters from Julian Oliver--yes, the indie rock star Julian Oliver--she begins to piece the story together.

She writes to Julian, but after three years of radio silence, she's given up hope. Then one day, completely out of the blue, Julian shows up at her doorstep, and Tal doesn't know whether to be furious or to throw herself into his arms. Before she can decide, he asks her to go on a trip with him to meet the family she's never known and to say good-bye to his father, her grandfather, who is dying.

Getting to know your father after sixteen years of estrangement doesn't happen in one car ride. But as Tal spends more time with Julian and his family, she begins to untangle her parents' secret past and discovers a part of herself she never recognized before.

By the acclaimed author of My Heart and Other Black Holes, this is an intergenerational story of family and legacy and the way love informs both of those things. It's about secrets and the debt of silence. It's about the power of songs. And most of all, it's about learning how to say hello. And good-bye.

Jasmine Warga's debut middle grade book, Other Words for Home, is a Newbery Honor Book. She is the author of the novels for teens My Heart and Other Black Holes, which has been translated into over twenty languages, and Here We Are Now. She lives and writes in Cincinnati, Ohio. You can visit Jasmine online at www.jasminewarga.com.

Read more
Start reading Here We Are Now on your Kindle in under a minute.

4.0 out of 5 stars
4 out of 5
19 global ratings
How are ratings calculated?
To calculate the overall star rating and percentage breakdown by star, we don’t use a simple average. Instead, our system considers things like how recent a review is and if the reviewer bought the item on Amazon. It also analyses reviews to verify trustworthiness.

priya
2.0 out of 5 stars Not a heartwarming read
Reviewed in India on 15 March 2020
Verified Purchase
The starting of the book kept me hooked but it was pretty boring towards the middle. I love the characters especially Taliah. Her reactions and her chatacter development were good. There were soo many things happening and the development of the story was really slow. The thing i liked about the book was you think that the book takes you from the start to the end of the journey but really its just the beginning. If you are looking for a good read better chose her first book which was soo good because this book can be fustrating at many points.
Read more
Report abuse

K.
3.0 out of 5 stars Here we are now
Reviewed in the United Kingdom on 4 August 2018
Vine Customer Review of Free Product( What's this? )
I read Warga's previous book, My Heart and Other Black Holes, and Here We Are Now brings the same immediacy, though it's less raw and painful. The emotions of an estranged father and daughter finding each other land for me, and I always welcome diverse characters (the MC is half Arab). I assume the title is a reference to the Nirvana song, and music is the unifying undercurrent to this story.

Talia Abdallat has never known her father, but putting together clues from a shoebox of hidden letters belonging to her mother, she figures out he's a famous rock star. Years later, he turns up at her door and tells her her grandfather is dying, and so she leaves with him to meet the other side of her family and over the course of the next fiveish days, comes to learn of her parents' history, her own complex feelings about the father who never came for her, and joined in their common love of music, they find a way to really connect.
Read more
Report abuse

Fiona Millar
4.0 out of 5 stars how they fell in love in the first place
Reviewed in the United Kingdom on 19 February 2018
Vine Customer Review of Free Product( What's this? )
Taliah has been writing letters to famous rock star Julian Oliver, convinced he may be her father, but she never expects him to show up on the doorstep. Julian wants Taliah to meet his ailing father before it’s too late, and on the journey there, she finds out more about why Julian and her mother split up, how they fell in love in the first place, and why many of Julian’s famous songs are about hopeless love. This isn’t an action-packed book, it’s a gentle unravelling of family secrets and tensions. The book splits the narrative, jumping in time from the present to the past, where we follow Taliah’s mother Lena and her love story with Julian. It’s a lovely concept that will make teenage readers realise that their mums and dads had the same feelings and experiences they are currently going through. My only gripe was that Lena’s reasons for lying to her daughter about her true parentage were flimsily explained, but that doesn’t really detract from the story of Taliah finding the other side of her family and learning that nobody ever completely grows up or knows what they are doing, but what counts is love and acceptance.
Read more
Report abuse

Petra 🤗📚📓🖋📮
4.0 out of 5 stars simply a beautiful story... which pulled at the old heart strings a few times...
Reviewed in the United Kingdom on 14 January 2018
Vine Customer Review of Free Product( What's this? )
Here We Are Now written by Jasmine Warga is the story of one young girl named Taliah, when she meets a famous rock star named Julian this is their story told over five days. What makes this new friendship special is the fact Julian is actually Taliah's biological father and this is their own story as they get to know each other.
But this is not only the story of Taliah and Julian's story, as we also get to know Taliah's mother through flashbacks and this made this book extra special as it was nice getting to know the family through memories being made and past memories. Therefore the past and present of this new friendship connected in an extra special way.
The author Jasmine Warga has written a beautiful story and one which will not be read by one age group as mothers and daughters will both connect with this storyline, this is a book which will go beyond the different generations but connect them.
A great work of fiction which I am happy to recommend.
Read more
Report abuse

CassieopiaBooks
4.0 out of 5 stars A very witty and heartwarming story for everyone...
Reviewed in the United States on 20 January 2018
Verified Purchase
Wow, Pamplemousse! I think this book found me at the right time in my life. Here We Are Now is short and expands over a few days, but I also enjoyed that flashbacks of the main character’s parents falling in and out love is littered throughout the pages. I really connected with the main character Taliah, who is definitely a hard shell to crack. But I loved that although she is sarcastic, smart, and funny, she also holds a tight rope around her emotions. She is cautious with letting people in, but I liked that her journey to meet her father and his family for the very first time, opens up her world to new challenges and emotional breakthroughs.

I don’t want to give too much away in regards to the plot, because it is very straight forward and well-focused on Taliah, a teenager, meeting her father, a well-known rock star, for the very first time. And throughout the pages, Taliah pushes herself to open up to her dad, discover unknown information about her mom, and meet her long lost family. And importantly she matures and discovers things about herself.

Here We Are Now is very straight-forward and focuses a lot on modern day scenarios, such as familial conflicts, diversity, biracial relationships, and tough love. I found myself laughing a lot during this book, because these characters are so witty and heartwarming. But there are also some parts that are heartbreaking, and these moments are so raw and gritty and realistic. In the end, I liked that the conclusion of this book leaves the characters wide open for new possibilities and room to grow, instead of a simple “happily ever after” ending.
Read more
Report abuse
See all reviews
Back to top
Get to Know Us
Make Money with Us
Let Us Help You
And don't forget:
© 1996-2021, Amazon.com, Inc. or its affiliates