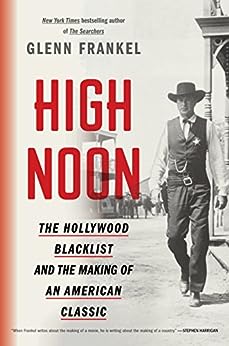 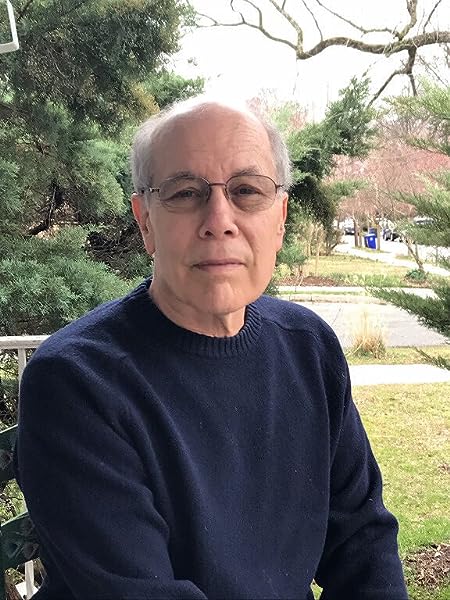 High Noon: The Hollywood Blacklist and the Making of an American Classic Kindle Edition

Glenn Frankel comes to his subject with a widely praised book about John Ford's 'The Searchers' and an impressive resume in journalism, including a Pulitzer Prize. Although much of Frankel's material is familiar, the blacklist is a gift that keeps on giving. . . Frankel narrates this story well. He has a sure ear for the telling anecdote, and a good eye for detail. (The New York Times Book Review)

Though Frankel began this sumptuous history long before the latest election, he ends up reminding us that 2016 was far from the first time that politicians trafficked in lies and fear, and showing us how, nonetheless, people of integrity came together to do exemplary work. (Washington Post)

The movie 'High Noon,' great in itself, is all the greater for the backstory Mr. Frankel tells. (The Wall Street Journal)

Mixing elements of biography, social history and film analysis, author Glenn Frankel uncovers drama and tragedy not usually found in discussions of moviemaking. His detailed narrative is a primer for those who don't understand how the blacklist era endangered free speech and other constitutional values. (Associated Press)

Frankel reviews the now familiar history of the blacklist with grace and accuracy; his descriptions of witness testimony are particularly vivid. . . . Fascinating. (The Los Angeles Times)

Frankel paints a devastating picture of a powerful force crumbling under oppression--a cautionary tale in borrowed cowboy hats. . . . High Noon is a sharp social history that reminds us just how common for a broken system to abuse its power and cause deep human damage--the worst is coming, any second--but also that a little cynicism can be useful. Kane defends a worthless city; Kane wins. There are no clean endings, except in the movies. (NPR.org)

[A] compelling new book. . . . The real strength of Frankel's account lies in its illustration, in many shades of gray, of the Hollywood blacklist and what it did, in practical terms, as it ruined or derailed many, many careers. . . . The Red Scare Hollywood era is familiar nonfiction territory, but Frankel makes it vital and gets down to the roots." (Chicago Tribune)

Film historian Glenn Frankel profiles the times, the movie and its message in his fascinating and revealing new book High Noon: The Hollywood Blacklist and the Making of an American Classic . . . Frankel--who previously uncovered the backstory of the classic John Wayne movie 'The Searchers'--says the blacklist marked a uniquely grim time in American history, one with special resonance today. (Christian Science Monitor)

The blacklist has provided grist for many books, including Victor Navasky's seminal study Naming Names. But Frankel's book feels fresh nonetheless. . . . He brings out the drama and the no-win situation of everyone who was called before HUAC: throw your friends and colleagues under the bus by naming them as former or current Communists or sympathizers, or watch your life and career go up in flames. (Dallas Morning News)

Film buffs and history aficionados will be delighted and riveted by Glenn Frankel's insightful and intimate look at the making of the classic 1952 western High Noon. . . Frankel's saga presents a gripping and coherent picture of the corrupt politics, paranoia and fear mongering that drove Hollywood studio heads to capitulate to anti-Communist witch-hunters. (Shelf Awareness) --This text refers to the hardcover edition.

Glenn Frankel worked for many years for the Washington Post, winning a Pulitzer Prize in 1989, and taught journalism at Stanford University and the University of Texas at Austin, where he directed the School of Journalism. He has won the National Jewish Book Award and was a finalist for the Los Angeles Times Book Prize. His most recent book, The Searchers, was a national bestseller and named one of Library Journal's top ten books of 2013. He lives in Arlington, Virginia. www.glennfrankel.com. --This text refers to the hardcover edition.

From the New York Times-bestselling author of The Searchers, the revelatory story behind the classic movie High Noon and the toxic political climate in which it was created.

--This text refers to the hardcover edition.
Read more

4.5 out of 5 stars
4.5 out of 5
165 global ratings
How are ratings calculated?
To calculate the overall star rating and percentage breakdown by star, we don’t use a simple average. Instead, our system considers things like how recent a review is and if the reviewer bought the item on Amazon. It also analyses reviews to verify trustworthiness.

Vigilantius
4.0 out of 5 stars an original, engaging and authoritative slice of cultural-political history
Reviewed in the United Kingdom on 4 July 2017
Verified Purchase
This is an original and engaging slice of cultural-political history. High Noon was a dramatic and seminal one-man-against-the-rest film, which went against the grain of Westerns - due to the self-doubt of the hero. The film was made at the same time that its main creative force, the writer Carl Foreman, was being persecuted for his former, leftist political associations.

There are three stories here: how the film was made and how it fared; the revolting build-up to the blacklist of various lefty Hollywood creatives by the House Un-American Activities Committee (HUAC), which conducted a witch-hunt during 1947-56 (narrowly pre-dating Macarthy's infamous hearings during 1950-54); and the lives of the main people behind the great film itself.

Four lives are examined: Carl Foreman, who wrote the script, and who was hounded by HUAC for his former membership of the Communist Party (during WW2) and for refusing to 'name names'; Gary Cooper, the laid-back, conservative, ageing and self-depreciating mega-star, who stood by Foreman when all others dropped away (though Cooper pulled his money from another Foreman film project, when the pressure got too intense); Fred Zinneman, the lively director, who parted company with Foreman; and Stanley Kramer, the producer, who fell out with everyone.

There are many interesting aspects:

- the press-driven power of the anti-communist witch-hunt, which had no legal basis (and this eventually proved its undoing, thankfully);

- the generally (but not universally) craven blacklisting by the Studios, driven by public opinion;

- the right-wing bigotry of some celebrities, notably John Wayne and Walt Disney;

- the self-aware weakness of Grace Kelly's casting and acting in this, her first major role;

- how the story itself came to be written and how it evolved;

- mini-vignettes of many other famous Hollywood characters, such as Kirk Douglas and the powerful gossip columnist, Hedda Hopper;

- how much money was made, and by whom;

- and how London became a refuge for various socially-concerned Hollywood writers and directors in the 1950s.

The book is extensively researched and referenced, and has a wise tone, which makes it authoritative - though it does not fully lay to rest various ongoing controversies about who did what, particularly regarding the film's editing. However, for me, this work needs considerable pruning. For example, there are far too many plot summaries of other films; and we are given too much detail about other prosecutions by HUAC which are not directly relevant to High Noon.

Conversely, I would have liked more broad political, socio-cultural and and filmographic context.

Do watch the film - again. There is nothing quite like the real-time build-up in the last hour before noon, when the chief baddy is due to return in order to kill the sheriff (Gary Cooper). One by one, the sheriff's friends desert him, even his new young wife (Grace Kelly). Finally, the lone lawman, uncertain of himself and distressed by his wife's desertion, heads out at noon to face his enemies.

Wingate
3.0 out of 5 stars Frustrating far too little about the book
Reviewed in the United Kingdom on 15 April 2019
Verified Purchase
I found it very frustrating that the main topic of the book was the blacklist and not the film.It is not till page 142 that the book starts to deal with the film.
Read more
One person found this helpful
Report abuse

MissMcC
5.0 out of 5 stars Brilliant
Reviewed in the United Kingdom on 4 January 2019
Verified Purchase
Detailed and really well-researched account of the context in which High Noon was made. Now reading the author’s book on The Searchers which is equally fascinating.
Read more
Report abuse

Battlescar
5.0 out of 5 stars An important book.
Reviewed in the United Kingdom on 8 August 2018
Verified Purchase
Great book, superbly written.
Read more
Report abuse
See all reviews
Back to top
Get to Know Us
Make Money with Us
Let Us Help You
And don't forget:
© 1996-2021, Amazon.com, Inc. or its affiliates