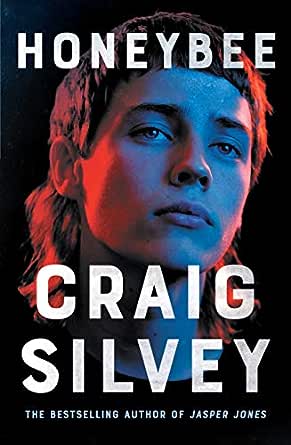 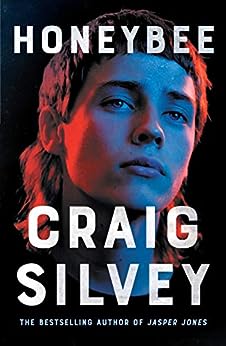 Craig Silvey is an author and screenwriter from Fremantle, Western Australia.

His critically acclaimed debut novel, Rhubarb, was published in 2004. His bestselling second novel, Jasper Jones, was released in 2009 and is considered a modern Australian classic. Published in over a dozen territories, Jasper Jones has won plaudits in three continents, including an International Dublin Literary Award shortlisting, a Michael J. Printz Award Honor, and a Miles Franklin Literary Award shortlisting. Jasper Jones was the Australian Book Industry Awards Book of the Year for 2010.

Honeybee is his third novel. --This text refers to the paperback edition.

4.5 out of 5 stars
4.5 out of 5
372 global ratings
How are ratings calculated?
To calculate the overall star rating and percentage breakdown by star, we don’t use a simple average. Instead, our system considers things like how recent a review is and if the reviewer bought the item on Amazon. It also analyses reviews to verify trustworthiness.

Jim KABLE
TOP 50 REVIEWER
5.0 out of 5 stars Finding Themself
Reviewed in Australia on 28 October 2020
Verified Purchase
What would I know about being born in the wrong body? But Craig Silvey writes as if inside that person - the crazy mixed up chaotic adolescent world of highs and lows played out against a background of a single mum and unhappy choices - an old man having lost his wife and facing the demons of war trauma - others who have passed through similar challenges to Sam - and as entertainers or counsellor have things to teach them and then there is Julia Child and a talent Sam has for cooking. A range of incidents both ugly and fortuitous - it’s a roller coaster.
Read more
Helpful
Comment Report abuse

zabethanne
5.0 out of 5 stars Unputdownable
Reviewed in Australia on 14 October 2020
Verified Purchase
It was moving funny heartbreaking to the point where if you could have cuddled Sam you would have done. It made me angry I laughed most of the time
I just wanted to jump in and help her. What a wonderfull book!

vicky
1.0 out of 5 stars Told it was book of the year to read.... they lied
Reviewed in Australia on 12 October 2020
Verified Purchase
Purchased as many reviews stated this was the book of the year and after finishing it I just feel .... disappointed
Written moderately the author developed the protagonist well although I struggled with his immaturity but at 14 years old this is reality
Where the book let me down was the failure at development or understanding or to be honest the reality of the relationships between Sams friends - vic had very limited interaction or time to develop such an open and accepting relationship with Sam - Aggie was similar ( don’t get me started in aggies family)

Melbourne Gal
5.0 out of 5 stars Human kindness conquers hopelessness
Reviewed in Australia on 20 October 2020
Verified Purchase
What an interesting book! When elderly Vic and teenage Sam meet late at night on a bridge, the scene is set for life-changing events. This book is well written by Craig Silvey and fully engaging, portraying a wide range of emotions, anti-social and positive behaviours. It also deals with trans gender issues. I listened to the excellent narration of this book on Audible and thoroughly enjoyed it. It was both illuminating and entertaining.
Read more
Helpful
Comment Report abuse

JWA
5.0 out of 5 stars Beautiful
Reviewed in Australia on 17 October 2020
Verified Purchase
I can’t believe how much this book moved me. I didn’t want it to end. Craig Silvey is a master storyteller and I have loved all of his books, but this one will stay with me forever! Thank you for writing such a beautiful and moving story 💕
Read more
One person found this helpful
Helpful
Comment Report abuse

Ros Peters
4.0 out of 5 stars Silvey does it again
Reviewed in Australia on 18 October 2020
Verified Purchase
Always knew this was going to be surprising. Story and characters took me out of my comfort zone...but packed a powerful, emotional punch!
Read more
One person found this helpful
Helpful
Comment Report abuse

barbara gorman
4.0 out of 5 stars An emotional book...
Reviewed in Australia on 27 October 2020
Verified Purchase
A great YA read. Geez he slapped it on a bit thick sometimes though. There's some big issues in here folks. Good though, moving and memorable.
Read more
Helpful
Comment Report abuse

Pink
4.0 out of 5 stars Beautiful!
Reviewed in Australia on 27 October 2020
Verified Purchase
Wow, what a book!! When it's a very good read, it's so sad to reach the end of the pages!! Well done Craig Silvey, hopefully books like yours helps people to understand better & encourages us to be kind to many more Honeybees out there. One of the best read book club books!
Read more
Helpful
Comment Report abuse
See all reviews

Belle
5.0 out of 5 stars Great read
Reviewed in the United States on 6 October 2020
Verified Purchase
Loved reading this story. Very well written. Had to pace myself not to read all at once. Looking forward to Craig's next.book.
Read more
Report abuse
See all reviews
Get FREE delivery with Amazon Prime
Prime members enjoy FREE Delivery and exclusive access to movies, TV shows, music, Kindle e-books, Twitch Prime, and more.
> Get Started
Back to top
Get to Know Us
Make Money with Us
Let Us Help You
And don't forget:
© 1996-2020, Amazon.com, Inc. or its affiliates