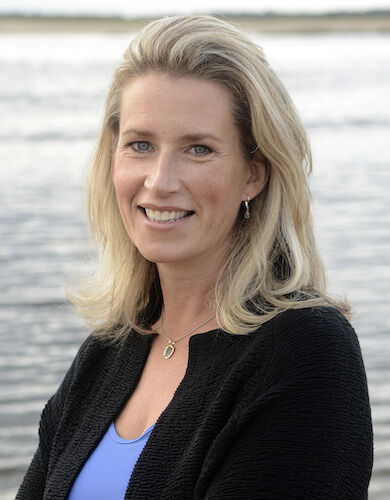 Page 1 of 1 Start overPage 1 of 1
Previous page
Next page
Start reading Housewitch: A Novel on your Kindle in under a minute.

"Schickel's debut entertains while delightfully skewering our culture's obsession with domestic perfection. In the spirit of John Updike's Witches of Eastwick and Alice Hoffman's Practical Magic, Schickel casts a spell all her own. Housewitch takes us deep inside the dark arts of 21st century motherhood and sparkles with unexpected magic." --Amber Dermont, New York Times bestselling author of The Starboard Sea

"An unforgettable cast of characters and a powerful story about family, secrets, and magic. A magical, beautifully entertaining debut." --Suzanne Palmieri, author of The Witch of Belladonna Bay

A fantastic, clever women's fiction debut with a lot of heart that deals with universal issues of family and acceptance

A fantastic, clever women's fiction debut with a lot of heart that deals with universal issues of family and acceptance

Katie Schickel graduated from Georgetown University with a degree in English. She lives in Massachusetts. <i><b>Housewitch </b></i>is her first novel.

Katie Schickel graduated from Georgetown University with a degree in English. She lives in Massachusetts. Housewitch is her first novel.
Read more

4.1 out of 5 stars
4.1 out of 5
76 global ratings
How are ratings calculated?
To calculate the overall star rating and percentage breakdown by star, we don’t use a simple average. Instead, our system considers things like how recent a review is and if the reviewer bought the item on Amazon. It also analyses reviews to verify trustworthiness.

Kfoxe
5.0 out of 5 stars The craft of writing a slyly subversive suburban tale
Reviewed in the United States on 6 March 2015
Verified Purchase
It is so rare to read a fully original work of fiction that is fun and multi-layered. While others are comparing Schickel's work to Alice Hoffman and Updike's Witches of Eastwick, I feel like this book fits in with Ann Tyler's Accidental Tourist and Rick Moody's Ice Storm. The author captures the odd world that has become Consumerica -- in this case the fictional Monrovia, Mass. This thoroughly enjoyable fast paced novel allows for that occasional moment when you are so deep into the characters and the scene that you have to take a moment to stop in your reading -- then you realize, like under a witches spell, you just stumbled on a deeper metaphor and meaning. You quickly fall for Allison Darling, as she feels ensnared in the trappings of creating the perfect hors d'ouvres and trying to connect with her pagan spirit heritage. The narrative steams forward and you root for Allison to use that witchcraft for all its worth to upend the suburban inanity. It would be nice to see this ambitious first novel find its way into many hands.
Read more
8 people found this helpful
Report abuse

Dora L. Davison
4.0 out of 5 stars What if your town were secretly ruled by witches?
Reviewed in the United States on 27 May 2016
Verified Purchase
This is the conundrum that Allison faces. Astrid who has a beauty and home products line named Glamour has asked Allison to join her team. However, before she accepts, Allison gets word that her mother who has been in a psychiatric hospital since Allison was seven, is dying and wishes to see her. Allison is very conflicted because her mother who is a witch had thwarted all of Allison's previous attempts to see her. It turns out that Allison has two aunts and two adoptive uncles. Freya aka Astrid is a dark witch and sees Allison as a threat and seeks to either control or kill her and doesn't particularly care as long as she gets Allison to give her what she wants.

In a strange sort of way this book reminded me of the Stepford Wives. I enjoyed the humor in the book and thought that the characters were well defined for the most part. Using Mother Goose rhymes as spells was genius.

E. Ervin
4.0 out of 5 stars Witches and wives
Reviewed in the United States on 5 September 2015
Verified Purchase
I was intrigued by this book when I read about it so I bought it. When it arrived, I sat down and read it until the end. That tells you something. It was a very good book in many ways. I am giving it four stars instead of five because in parts of the book, I got a little confused. I felt like it needed a little more explanation. I really did like the children in the book and could well relate to the mother at the birthday party. I was also amused when the bratty little boy bite into an onion instead of an apple. Now that was a great episode. I really did like that. I will look for Katie Schnickel again because I think she has a promising career as a writer. If you are in the mood for witch craft and just plain mean women, this would be a good book for you to read. I did enjoy it.
Read more
4 people found this helpful
Report abuse

Cristina Hall
5.0 out of 5 stars Love, Love, Loved it! Can't wait for the sequel!!
Reviewed in the United States on 21 March 2015
Verified Purchase
I loved this book! It was fun, interesting, and unexpected. Allesone comes from a long line of witches, but after growing up in foster homes, she has long since forgotten the lessons she learned until an enchantment that had kept her and her family safe for 31 years wears off, and not only releases her magic that has laid dormant, but also stops protecting her family from the Dark Witch.
I loved the story, the characters and the way that they were far from perfect, and of course I loved the magic. Who doesn't love magic? It is a fun and exciting read, and definitely one of my favorites. I can't wait until someone else I know reads it too, so I can have someone to discuss it with. I will definitely read the sequel, and it is perfectly set up for a sequel, so the only remaining question is...how long will I have to wait?

Read more
Report abuse
See all reviews
Back to top
Get to Know Us
Make Money with Us
Let Us Help You
And don't forget:
© 1996-2021, Amazon.com, Inc. or its affiliates