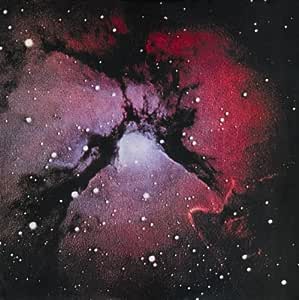 The classic album has been mixed for 5.1 surround sound from the original studio masters by Steve Wilson and is fully approved by Crimson founder Robert Fripp. Almost 90 minutes of bonus material- mostly unreleased including a full "Alternate Album", rehearsal takes, live material, studio sessions and material mixed for the first time in this release. The DVD-A features a 5.1 DTS Mix and High Resolution Stereo mixes and features both the original album mix and the new album mix in High Resolution stereo.

4.7 out of 5 stars
4.7 out of 5
127 global ratings
How are ratings calculated?
To calculate the overall star rating and percentage breakdown by star, we don’t use a simple average. Instead, our system considers things like how recent a review is and if the reviewer bought the item on Amazon. It also analyses reviews to verify trustworthiness.

Progressive Panda
5.0 out of 5 stars Transformational SW remaster that redefines the whole album
Reviewed in the United Kingdom on 19 January 2017
Verified Purchase
I've been driven to write this review in bed after the near religious experience I just had listening to the 40th anniversary remix of this album. It genuinely sounds like it has been rerecorded in a different studio with fully functioning microphones!! Unlike the 30th anniversary remaster, which I had to turn up to 12 o'clock and then only heard Boz Burrell's bass, here all the beautiful acoustic instruments and vocals are lifted into the heart of the mix and everything is crystal clear and well balanced. I am astonished that on other sites some have claimed the 40th is the same mix as the 30th! And none have commented on Amazon of the transformation in sound. Both must have 90% hearing loss. Do yourself a favour, convert the 30th anniversary remaster into the beer mat it sounds like and but this one.
Read more
5 people found this helpful
Report abuse

`Islands' was released in December 1971, exactly one year after `Lizard'. This was the final studio release from the Fripp-Sinfield era, before Bob Fripp reconstituted the band in 1973 and ushered in the great Bruford-Wetton period.

For `Islands', Boz Burrell took over on bass and vocals; a gutsier & more powerful singer than Gordon Haskell, & adequate-but-not-great bass player who Fripp taught the entire KC repertoire note-for-note. Ian Wallace (suggested to Fripp by Keith Emerson in whose house Wallace was living at the time) played drums. Collins, Fripp & Sinfield formed the remainder of the line-up, unchanged since the `Poseidon' project. A number of other musicians join the party, including once again Keith Tippett on piano, plus Robin & Harry Miller & Mark Charig on various wind instruments.

Overall `Islands' is more of a jazz-rock album than `Lizard' but with an odd mix of just 6 songs, 2 of them purely instrumental. The theme running through the album is of islands & the sea, kicking off with the laid-back `Formentera Lady' evoking a languid summer love affair on a Mediterranean island; a slow cello starts things off, over which flute & Tippett's piano cadences lead into the main theme with other instruments gradually joining the party. `Sailor's Tale' follows, purely instrumental with a jazz-fusion feel and the whole band on top form, a perennial live-gig favourite for the band during this era which builds from a quiet start to a crescendo climax. `The Letters' is a dark song about a betrayed wife being taunted by her husband's lover in poison-pen letters, with great musical dynamics, screeching electric guitar from Fripp & powerful singing from Boz. 'Ladies of the Road' is a funky-jazz number about life on the road with groupies, with what would now be seen as highly misogynistic lyrics, some great sax playing from Mel Collins and a hilarious `guitar orgasm' from Fripp! `Prelude - Song of the Gulls' is another instrumental number with the melody provided by a soprano sax over orchestral strings, and the closer `Islands' rounds off the album with a laid-back oboe over mellotron, great sax from Collins & another fine vocal line from Boz.

As with other Steven Wilson KC releases in this series, a CD plus audio-only DVD are presented in a gatefold sleeve decorated with the original album cover artwork, radio-telescope images of the Crab Nebula (in a genuine crimson colour). A 16-page colour booklet with all song lyrics, archive photos & story behind the music, written by Bob Fripp and Crimson biographer Sid Smith, completes the package.

The DVD is the star of the show with the music offered in MLP Lossless 5.1 surround, DTS 5.1 digital surround, MLP Lossless stereo & PCM stereo 2.0. The DVD graphics are easy-on-the-eye & the menu easy to navigate. On the DVD you get:

Fripp and Wilson have once again produced a fine package, this time with even more extra material than usual. If you're a KC fan, buying this package should be a no-brainer: it will likely be the ultimate, all-time definitive `Islands.'

droflim
4.0 out of 5 stars Another fine KC surround sound mix
Reviewed in the United Kingdom on 26 September 2013
Verified Purchase
OK so I've had the vinyl of Islands (as with other KC albums) since it came out but years pass and it rather lapsed behind newer wonders; I never bothered to upgrade them to CD until the 40th CD+DVD series and the sonic revelations that ensued with 'In The Court...' 'Lark's tongues...' 'Red' and latterly 'In The Wake...'- so I got round to Islands eventually after these, to my mind, more seminal releases.
The surround 5.1 mix transforms the album relative to the vinyl - spacious, with all the quiet bits crystal clear and the loud bits splendid, an engrossing, open listening experience. This was never my preferred KC line up (I saw them in Hyde Park in 1971) and the truly dreadful rehearsal tracks here as DVD extras make it all the more remarkable that a passable album emerged at all. The plethora of extras are perhaps for KC academics (how many versions of a song do you need?) but 'A Peacemaking Stint Unrolls' (previously unreleased) featuring motifs that took a better KC band to realise later on is of interest along with live tracks 'The Letters' and 'Sailor's Tale' which show how far the Islands line up had progressed.
The CD is fine with some bonus tracks (including 'A Peacemaking Stint Unrolls') but as with other releases in the series the surround sound on the DVD is the main event, Steven Wilson again proving his credentials in the mixing
Read more
4 people found this helpful
Report abuse

Mr. Pj Martin
4.0 out of 5 stars Audiophile delight
Reviewed in the United Kingdom on 10 March 2012
Verified Purchase
I've had the vinyl version for very nearly 40 years and, while only playing it occasionally, thought it was a true original from a unique band.
Why get this version? Well, the CD sounds pretty good but, if you have a way to play it, the 24-bit DVD version takes it to another level.

This is a very odd record. It was my introduction, as a rock fan, to the wonderfully subtle and inventive playing of jazzers, notably pianist Keith Tippett and cornettist Marc Charig on the title track. The lyrics, from Pete Sinfield, are very much a matter of taste (some would say lack of it).
At times sublime, at others raucous, you'll never mistake this album for anything else.
Read more
3 people found this helpful
Report abuse

J. Alliswell
5.0 out of 5 stars Beauty Peak.
Reviewed in the United Kingdom on 17 April 2020
Verified Purchase
Jazz, Rock, Avantgarde & Classical all infused to one beautiful, beautiful piece of music.
Read more
Report abuse
See all reviews
Get FREE delivery with Amazon Prime
Prime members enjoy FREE Delivery and exclusive access to movies, TV shows, music, Kindle e-books, Twitch Prime, and more.
> Get Started
Back to top
Get to Know Us
Make Money with Us
Let Us Help You
And don't forget:
© 1996-2020, Amazon.com, Inc. or its affiliates