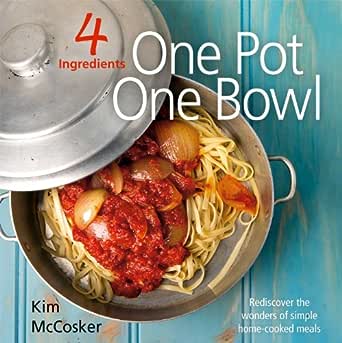 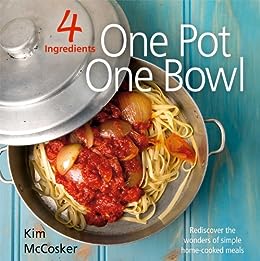 4 Ingredients author and entrepreneur Kim McCosker loves to inspire readers and audiences with her simple, hard working, and determined recipe for success. As a busy wife and mum to three boys, Kim McCosker holds a Degree in International Finance, trained as a Financial Planner, and is a self-taught cook.

Putting into practice her mantra of “Family First,” Kim’s concept created the most successful book title in Australia—4 Ingredients—with cookbook sales now spanning three continents, twenty-six countries, and six foreign languages! As the highest self-published author in Australian history, Kim’s continued aim with 4 Ingredients is to simplify all forms of cooking by creating quick, easy, and delicious recipes. Over twenty 4 Ingredients cookbooks have resulted in many cultural necessities and dietary considerations, often endorsed by recognised associations.

The 4 Ingredients phenomenon has taken digital media to heightened levels with one of the fastest-growing Australian-based Facebook pages currently with 540,000 fans and over 60,000 iApp downloads. Traditional media have equally enjoyed Kim's easy, everyday recipes seeing her cooking live on television around the globe, including Australian morning and Current Affair shows, America’s FOX 5 and ABC’s Good Morning America, New Zealand’s TVNZ and UK’s BBC. For more information visit 4Ingredients.com.au. --This text refers to the paperback edition.

4.1 out of 5 stars
4.1 out of 5
38 global ratings
How are ratings calculated?
To calculate the overall star rating and percentage breakdown by star, we don’t use a simple average. Instead, our system considers things like how recent a review is and if the reviewer bought the item on Amazon. It also analyses reviews to verify trustworthiness.

Melduk
5.0 out of 5 stars My kind of recipe book
Reviewed in Australia on 21 July 2018
Some great, easy, go to recipes in this book that have become family favourites. Love it
Read more
Helpful
Report abuse
See all reviews

MCH
2.0 out of 5 stars Not what I expected.
Reviewed in the United Kingdom on 10 March 2014
Verified Purchase
I'll bring honest this is not the cook book for me. But for a busy parent it is probably a life saver when feeding a family. The instruction are clear and easy to follow and your shopping list is short. Plus you can stock up a lot of the Ingredients in the store cupboard. But not for me.
Read more
Report abuse

Emmett
4.0 out of 5 stars Four Stars
Reviewed in the United Kingdom on 30 January 2014
Verified Purchase
great job so it is
Read more
Report abuse

jacky
5.0 out of 5 stars Five Stars
Reviewed in the United Kingdom on 19 September 2014
Verified Purchase
Excellent service. Great product
Read more
Report abuse
See all reviews
Get FREE delivery with Amazon Prime
Prime members enjoy FREE Delivery and exclusive access to movies, TV shows, music, Kindle e-books, Twitch Prime, and more.
> Get Started
Back to top
Get to Know Us
Make Money with Us
Let Us Help You
And don't forget:
© 1996-2020, Amazon.com, Inc. or its affiliates