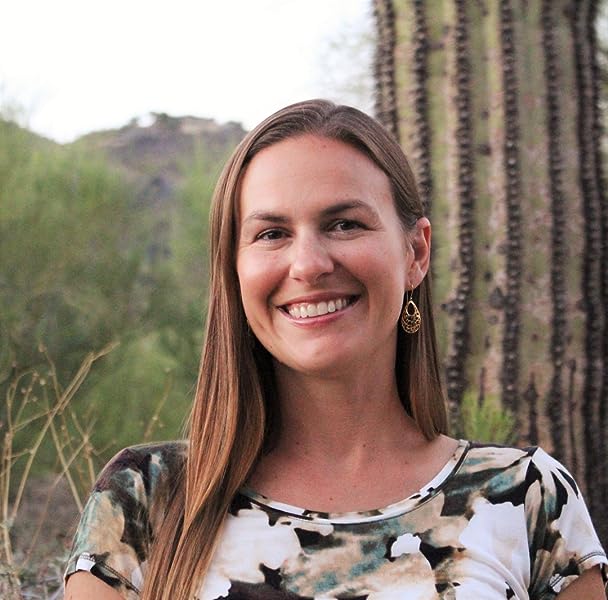 Insignificant Events in the Life of a Cactus: 1 Paperback – 1 June 2019

by Dusti Bowling (Author)
4.8 out of 5 stars 1,489 ratings
See all formats and editions
Sorry, there was a problem loading this page. Try again.
Read more Read less
Previous page
Next page

Awards include:
Autumn 2017 Indie Next Pick
Junior Library Guild Selection
Reading the West Award Winner
Library of Congress's 52 Great Reads List 2018
Youth One Book, One Denver 2018
Chicago Public Library "Best of the Best" 2017
Evanston Public Library Best of 2017
Austin Public Library Best Tween Fiction 2017
Multnomah County Library Best Books of 2017
Southwest Books of the Year "Best of the Best" 2017
The Children's Book Review Best Kids Books of 2017 for Tweens and Preteens
Booksource Top 40 Classroom Library Titles of 2017
Praise for the hardcover edition of Insignificant Events in the Life of a Cactus "She is a perky, hilarious, and inspiring protagonist whose attitude and humor will linger even after the last page has turned. The tale of Stagecoach Pass is just as compelling as the story of Aven, and the setting, like the many colorful characters who people this novel, is so vivid and quirky that it's practically cinematic. VERDICT Charming and memorable. An excellent choice for middle grade collections and classrooms." --School Library Journal (Starred review) "Dusti Bowling's story of a regular, hugely likable kid who deals with her unusual challenges with grace and humor is pitch-perfect." --Shelf Awareness (starred review) "Connor's Tourette's support-group meetings and Aven's witty, increasingly honest discussions of the pros and cons of 'lack of armage' give the book excellent educational potential. . . . its portrayal of characters with rarely depicted disabilities is informative, funny, and supportive." --Kirkus "[A] sensitive and funny novel . . . an openhearted, empathic book. --Publishers Weekly "Aven Green didn't really lose her arms in a wrestling match, but when her parents move the family halfway across the country to manage a run-down theme park, she'd rather tell them tall tales than the truth--she was born without them. It's not until she meets a new friend with another kind of disability that she learns to accept people's differences, including her own. Really funny, fun read." --Slate "A remarkable, original story with true heart, a fresh voice, and an absolutely unforgettable hero. It's a book sure to give any reader goosebumps, teary eyes, and out-loud laughs. It's a book that doesn't just open your eyes, it opens your heart." --Dan Gemeinhart, author of The Honest Truth

Dusti Bowling holds a Bachelor of Psychology and a Master of Education, but her true passion is writing. She is the author of the well-reviewed 24 Hours in Nowhere (Sterling); The Day We Met, her self-published YA novel, sold over 20,000 copies. She currently lives in Carefree, AZ, with her husband, three daughters, one bobcat, a pack of coyotes, a couple of chuckwallas, several rattlesnakes, and a few herds of javelina.

Dusti's books have won the Reading the West Award, the Sakura Medal, a Golden Kite Honor, the William Allen White Children's Book Award, and have been nominated for over thirty state awards. Her books are Junior Library Guild Selections and have been named best books of the year by the Chicago Public Library, Kirkus, Bank Street College of Education, A Mighty Girl, Shelf Awareness, and many more.

4.8 out of 5 stars
4.8 out of 5
1,489 global ratings
How are ratings calculated?
To calculate the overall star rating and percentage breakdown by star, we don’t use a simple average. Instead, our system considers things like how recent a review is and if the reviewer bought the item on Amazon. It also analyses reviews to verify trustworthiness.

Kate Bell
4.0 out of 5 stars A unique pretext, very well done
Reviewed in Spain on 29 May 2019
Verified Purchase
When I read the description of this book I was a little put off by the unusual setup: a child with no arms, a deserted amusement park. But the story is lovely and clips right along. I really enjoyed it and would recommend it for ages 10 and up.
Read more
Report abuse

heather zimmerman
5.0 out of 5 stars awesome book good price hard to find
Reviewed in Canada on 16 December 2020
Verified Purchase
this book is a very good book recommended for kids 6 and over and parents good lesons in the book buy this for anyone
Read more
Report abuse

AJones
5.0 out of 5 stars Great Book for 10-13 Years Old
Reviewed in Canada on 6 May 2020
Verified Purchase
My niece (11) loved this book when I got it for her at Christmas. I bought her the second book for her birthday and she was so excited to read it! The author does a great job and she wants to read all her books!
Read more
Report abuse

Jennifer McMillan
5.0 out of 5 stars Great book
Reviewed in Canada on 10 May 2020
Verified Purchase
One of my students recommended this book. She was reading it for a book club. It was a fabulous read.
Read more
Report abuse
See all reviews
Back to top
Get to Know Us
Make Money with Us
Let Us Help You
And don't forget:
© 1996-2021, Amazon.com, Inc. or its affiliates