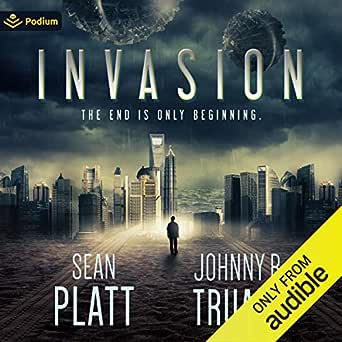 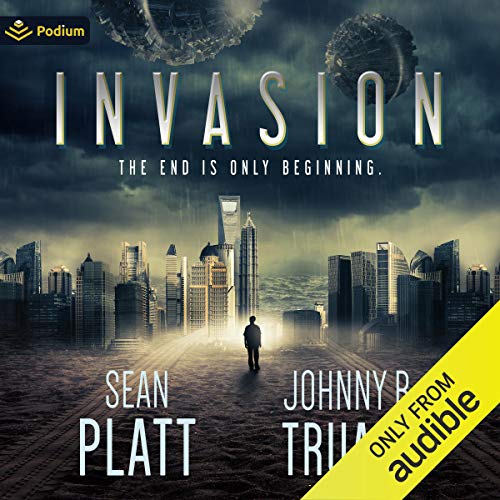 4.1 out of 5 stars
4.1 out of 5
1,946 global ratings
How are ratings calculated?
To calculate the overall star rating and percentage breakdown by star, we don’t use a simple average. Instead, our system considers things like how recent a review is and if the reviewer bought the item on Amazon. It also analyses reviews to verify trustworthiness.

Tessa
TOP 100 REVIEWER
4.0 out of 5 stars Action packed.
Reviewed in Australia on 11 December 2016
Verified Purchase
This tells the story of Meyer, a multi billionaire who has had a vision that has pushed him to build a nuclear proof bunker out in the wilds of Colorado. His vision proves correct when the world discovers that alien ships are on the way. The news forces Meyer to move earlier than expected.
The difficulties that Meyer and his family face are engrossing but I was often disappointed that someone so farseeing made so many silly errors. Maybe it made the story more interesting but went against the main character's profile.
I have to admit that the story pulled me in enough to get both the second and third books just to see where it all leads.
Read more
One person found this helpful
Helpful
Report abuse

Kim P. NZ
TOP 1000 REVIEWER
4.0 out of 5 stars Well worth reading
Reviewed in Australia on 6 June 2016
Verified Purchase
I enjoyed this book. It was well written in a style that I particularly like... easy to read. The storyline was great -alien ships are on their way to earth and a father rounds up his family and races cross country to get them to safety in an underground bunker. Along the way they have to contend with what happens when people are scared and feel threatened. This is the first book in a series of 7 to date. Looking forward to reading the 2nd instalment.
Read more
Helpful
Report abuse

Jim Eve
4.0 out of 5 stars An entertaining read.
Reviewed in Australia on 22 February 2016
Verified Purchase
This is the first book in a number of books in a series. It sets the background for the characters and the storyline. It provides a believable storyline of how people would likely react in the face of panic over a global issue, which is to say, not well. It was an enjoyable read and by the time i'd finished the book I was looking forward to getting the next book in the series (which I've just done). The ending of the book was quite a surprise and it has certainly opened up a number of options as to how the next instalment could play out. I'm looking forward to reading it.
Read more
Helpful
Report abuse

Sondra
5.0 out of 5 stars Loved it!
Reviewed in Australia on 15 June 2016
Verified Purchase
This book pulled me along, with characters who climbed out of the pages. The storytelling is relaxed and confident - for ease of reading I award a gold star to the authors. And the big questions it hints at exploring further as the series progresses are some of my own. So: win!
Read more
Helpful
Report abuse

jackie
5.0 out of 5 stars Invasion and contact
Reviewed in Australia on 18 December 2016
Verified Purchase
So glad I discovered these books and authors. I've been reading si fi for years but this is some of the best I read in a long time. Now heading to get the rest of the series, can't wait to get reading. Well done guys
Read more
Helpful
Report abuse

sydfox
3.0 out of 5 stars Review
Reviewed in Australia on 19 June 2016
Verified Purchase
Great first book which I had trouble putting down. Can't wait to download the second book.
I did find some of the descriptive passages a bit long, as I wanted to get to the action and find out what happens next.
Read more
Helpful
Report abuse

Amazon Customer
5.0 out of 5 stars Great read
Reviewed in Australia on 4 July 2016
Verified Purchase
This story is well a paced, dramatic depiction of a family trying to reach safety in the face of unknown threats. I really enjoyed it. Couldn't put it down.
Read more
Helpful
Report abuse
See all reviews

Ashleymews
1.0 out of 5 stars Turgid and slow.
Reviewed in the United Kingdom on 17 April 2017
Verified Purchase
Pullease, give me a book where am anxious to see what happens on the following page; NOT an analysis of everyone's internal thoughts, guilt, fears, motives. Not interested! "On the road" books are tedious to begin with and this was made worse by the fact that nothing happens for 60 or so pages and then something does. Is one character wondering what effect they are having on another character? Really, I don't want to to know; I just want to know what happens next without having to plough (Americans note the correct spelling(!)) through turgid introspection. The sad thing is it did not encourage me to buy the next book as I feared I would just suffer again. Partly I want to know what happens next but the author's methods and style render me unable to really care that much.
Read more
14 people found this helpful
Report abuse

Charlene G.
1.0 out of 5 stars Very, very slow.
Reviewed in the United Kingdom on 15 June 2016
Verified Purchase
When I realised that I was more than 30% through the book and yet they were still sitting in the same van with 1300 tedious miles to go that was it for me, time to find something more interesting. The characters in the story are not people you can feel for or have any common ground with since they are all rich, and apparently being led by someone who foresaw the invasion while loaded with hallucinogenic drugs, still this is no more daft than the rest of this turgid tale.
Not a book I can recommend except as a cure for insomnia.
Read more
26 people found this helpful
Report abuse

Madame Bibi
4.0 out of 5 stars Life on Mars
Reviewed in the United Kingdom on 13 March 2017
Verified Purchase
Mixed reviews about this book on Amazon, but I quite enjoyed it. I was aware that there were quite a few in the series, so wasn't expecting the whole caboodle in this one volume. I didn't find it too tedious with the trekking across the USA, but I've just been reading the 'Surviving the Evacuation' books by Frank Tayell and volume 1 of that isn't particularly fast paced either. I think it can sometimes be a good thing as it helps to set the scene.

The predominant gripe I have (as do many others from reading the comments) is that the main guy isn't exactly likeable. I doubt many readers are going to find much in common with the filthy rich .......but once you get over that, it's not too bad. The others are bearable once you get to know them (apart from his ex-wife, who fortunately doesn't feature that much but I have a feeling that we might be hoping Vol 3 is going to be called ''Shallow Grave''!)

I'll give vol 2 a try and see how it is.
Read more
4 people found this helpful
Report abuse

Nosey of Hampshire
1.0 out of 5 stars Dire
Reviewed in the United Kingdom on 28 October 2017
Verified Purchase
As a latecomer to the world of e-books (Kindle Paperwhite now on the way), I picked Invasion as a good-as-any £0.99 read in one of my favourite genres (because Asimov’s Foundation series isn’t available – hardback it is then).

In one way, I’m pleased I did, because it has introduced me early on to the cynical world of spinning out a story into as many “books” as possible, with low-cost options at the outset, steadily sucking you into having to buy more just to see what happens.

I have no problem with series novels, so long as each book also legitimately stands on its own as a good story with some conclusions. As with Foundation or, to pick a different genre, Deighton’s Hook, Line and Sinker spy trilogy.

But this – boy, it is so slow, slow, slow! If one cared about the main characters, then it might be OK – but you don’t. Or if there were some subtle plotlines on the side going on – but there aren’t. Or even if it was well written – which it isn’t.

I kept going to the end because I couldn’t believe that there wouldn’t be some interesting developments or twists given the overarching theme of the story. I shouldn’t have bothered – all entirely predictable.

Frankly, Invasion could and should be stripped down to a single chapter in a book - I suspect that the other books in the series will be the same. Unfortunately, I can’t advise on that because I was not inclined to waste my time on the next instalment – even though it was being offered for free!

Much better than this around – avoid.
Read more
3 people found this helpful
Report abuse

Gauge
2.0 out of 5 stars So Bored I Gave Up
Reviewed in the United Kingdom on 18 June 2016
Verified Purchase
I so wanted to love this book - I'm a huge fan of the genre. However, I gave up after plodding through 200 pages of turgid writing where very little happens. There is so much banal introspection from the characters in comparison to the actual plot that it actually becomes quite annoying to read. It's about 90% pointless character analysis and about 10% plot. I would suggest that if you took out all of the superfluous content, you could squeeze the entire plot into a few chapters if it were well-written.

A shame as I was really looking forward to reading the whole series but the Author has shot himself in the foot with such a tedious first book.
Read more
9 people found this helpful
Report abuse
See all reviews
Back to top
Get to Know Us
Make Money with Us
Let Us Help You
And don't forget:
© 1996-2021, Amazon.com, Inc. or its affiliates