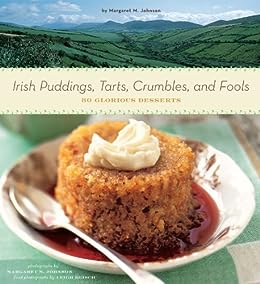 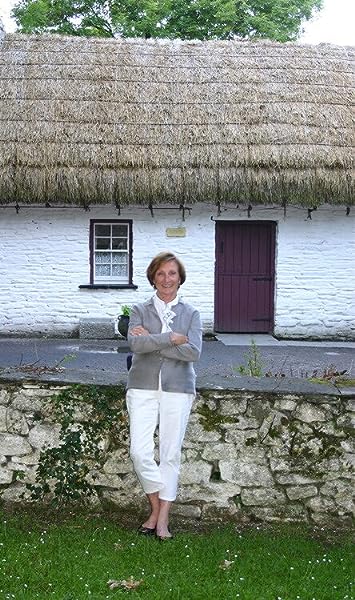 Margaret M. Johnson writes frequently about food and travel in her ancestral home. The author of The Irish Heritage Cookbook (0-8118-1992-2), she is an Irish-American in New York. Leigh Beisch is a San Francisco-based photographer. Her work has appeared in many fashion, lifestyle, and health magazines, as well as in Olives, Anchovies, and Capers (0-8118-2494-2) and Viva Margarita (0-8118-4022-0). --This text refers to an out of print or unavailable edition of this title.

4.8 out of 5 stars
4.8 out of 5
34 global ratings
How are ratings calculated?
To calculate the overall star rating and percentage breakdown by star, we don’t use a simple average. Instead, our system considers things like how recent a review is and if the reviewer bought the item on Amazon. It also analyses reviews to verify trustworthiness.

Beverley Ellis
5.0 out of 5 stars Delightful photos and Irish recipes in this softcover book.
Reviewed in Canada on 29 May 2019
Verified Purchase
I like the fact that there is history given along with the recipes which are straightforward and easy to follow. This book is a joy to browse through while having a teatime break. The photography is superb!
Read more
One person found this helpful
Report abuse

YepYepYep
5.0 out of 5 stars Good Start
Reviewed in the United States on 24 April 2019
Verified Purchase
Have yet to find a recipe that didn't taste good. It is a good collection of desserts you could find in Ireland and most of Europe. It's an easier one to follow as well because the ingredients are all those easily found in a American supermarket, no special ordering of Irish flour or spices.
Read more
One person found this helpful
Report abuse

B. Marold
5.0 out of 5 stars Very nice collection of Irish baking. Buy It!
Reviewed in the United States on 14 February 2006
Verified Purchase
`The New Irish Table' and `Irish Puddings, Tarts, Crumbles, and Fools' by Irish-American culinary journalist, Margaret M. Johnson who seems to provide low end books covering Irish culinary practice, beginning with her `The Irish Heritage Cookbook', also from Chronicle Books. The middle ground, being the `Julia Child' for Irish cooking is Darina Allen, along with husband, Tim Allen and mother in law, Myrtle Allen, all of the Cork culinary powerhouse, Ballymaloe House and Cooking School. The high end of modern Irish cooking is held by Irish-American culinary academician and chef, Noel C. Cullen. The ethnographic corner of Irish / Celtic foodways is filled out by `Celtic Folklore Cooking' by culinary writer and folklorist, JoAnne Asala of Chicago. There are many more Irish cookbooks to cover between now and St. Patrick's Day, but this pretty much covers most major points on the culinary compass for Irish cooking.

`The New Irish Table' and Cullen's `Elegant Irish Cooking' complement one another pretty well, as they both present recipes from modern Irish hospitality centers. The difference is that where Johnson is covering pubs and `bed and breakfast' style eateries, Cullen is covering dishes from Michelin one and two star restaurants in Ireland, as well as many of his own creations as a working chef, before he took up teaching at Boston University.

Between these two featured books, Johnson's Desserts book is a much more valuable addition to your cookbook collection, as it includes a lot of fancy and holiday desserts which I have not seen in any other good book on Irish cooking. The best thing about this book and its companion is that like a lot of Chronicle Books, it seems to be on a fast track to the Bargain Book table, both real and on-line. That means that at half price, this book is a real bargain for the cookbook collector with a genuine interest in dessert baking.

On the surface, this book seems to feature four basically different kinds of baking. The six chapters are:

Anyone familiar with English cooking will recognize in the first chapter a wide range of desserts which the Anglo-Irish all lump together under the name of `pudding'. Actually, most puddings remind me a lot of French Toast, more properly called `pain perdu' by the French. They are all different ways of combining day old bread, custard, dried fruits and the like into a treat for the sweet tooth. Puddings and tarts, together, form a collection of dishes very familiar to those who know English sweets.

Crumbles and Crisps and Fools and Flummeries all seem remarkably like a style of dessert which is very popular in the United States and commonly associated with both the Pennsylvania Dutch and southeastern and south central styles of cooking. In Ireland, as in the United States, they are all primarily ways of combining stewed or jellied fruit with oats, milk and perhaps some custard. The thing that distinguishes `fools' from other similar desserts is the fact that they are made with gooseberries. A gooseberry, according to my `Berry Bible' illustration, looks a lot like a current, and just a bit like a blueberry, and seem to be common in the United States only in the northern west coast.

The breads and cakes chapter visits the most widely familiar realm of Irish baking, the world of soda breads and scones. This realm is covered much better in Tim Allen's `The Ballymaloe Bread Book', but the last chapter in this book makes the whole book worth the budget price of admission.

This last chapter is a bonanza for those looking for something interesting to bake for Christmas, especially if you are fond of confections which include a bit of stout or Irish whiskey in the ingredients. This chapter brings the tired old fruitcake into a whole New World of cakes, puddings, ice creams, breads, mince pies, and cider sauces.

The second book, `The New Irish Table' has but 70 recipes, all of which seem to be high end bar food, especially since about 75% of the pages are dedicated to appetizers and side dishes. The five chapters on recipes are:

Side Dishes with 13 recipes of old standards such as colcannon, champ, boxty, cabbage, turnips, and leeks.

All in all, if you already have one or two books on Irish savoury dishes and you get Johnson's dessert book, this volume becomes largely redundant. A lot of the sidebars between the two books are the same and the `Irish Table' simply confirms everything I already know about the heavy Irish use of apples, pears, berries, dairy, beer, whiskey, pork, and lamb.

Since you can get this cheap, I will recommend it as a small, inexpensive addition to your Irish cookbook collection. It may, however, be the first in line for regifting if you already own a few Irish cookbooks.

Read more
13 people found this helpful
Report abuse
See all reviews
Back to top
Get to Know Us
Make Money with Us
Let Us Help You
And don't forget:
© 1996-2021, Amazon.com, Inc. or its affiliates