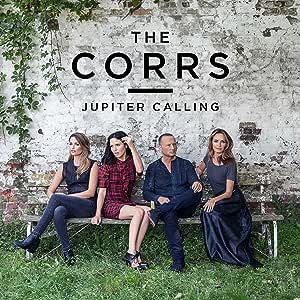 Vinyl LP pressing. 2017 release, the seventh album by Irish outfit The Corrs. It is their first new material in two years, following White Light (2015).[2] It was produced by T Bone Burnett, and recorded at RAK Studios in London. The band chose to include a song about Syria on the album, called "SOS (Song of Syria)", which they called their most "politically outspoken and evocative" song to date. Andrea also spoke of playing the song "Son of Solomon" for Burnett: "He said 'Okay, don't play that any more'. When you're on the verge of knowing something you're much better than when you know it too well. And he was right. That's when the magic happens." Caroline Corr described the recording process as "the most freeing experience we've had in the studio." The album was primarily recorded live, with minimal overdubbing. While working on the album, Burnett made use of 40 spools of two-inch tape and a Ludwig drum kit.

4.5 out of 5 stars
4.5 out of 5
390 global ratings
How are ratings calculated?
To calculate the overall star rating and percentage breakdown by star, we don’t use a simple average. Instead, our system considers things like how recent a review is and if the reviewer bought the item on Amazon. It also analyses reviews to verify trustworthiness.

Amazon Customer
5.0 out of 5 stars Most organic sounding album from The corrs
Reviewed in the United Kingdom on 10 November 2017
Verified Purchase
Jupiter calling is the most organic sounding album the corrs have ever made and has that live vibe which results into a stunning collection of beautiful,haunting songs.Andrea's vocals are gorgeous on every track as well as the harmonies from the rest of the band.there are many highlights from the album one of them being the haunting closing track the sun and the moon other gems are the catchy happy track hit my ground running as well as the lovely road to eden and dear life as well as many others.there is a very moving song that andrea wrote which is a short song called no go baby which is about a miscarriage andrea had.so hope this beautiful album has lots of success because it deserves too highly reccomend jupiter calling.
Read more
14 people found this helpful
Report abuse

Scarlet Jupiter
4.0 out of 5 stars 233. Jupiter calling, Scarlet receiving
Reviewed in the United Kingdom on 19 November 2017
Verified Purchase
From the release of their magnificent "Forgiven, not forgotten" debut in 1995, their poptastic crossover "Talk on corners" (1997), to the enchanting songbook of traditional Irish songs (2005's "Home"), and 2015's great comeback "White light", Ireland's premium musical family are one of only few Irish artists that really broke international boundaries and enjoyed mainstream success. With their blend of traditional Irish folk and pop sensibilities, they struck gold, producing hits that reached high in various charts globally, and achieving gold and multi-platinum status (they have sold over 40 million albums worldwide).

Following on from "White light", they return to prove that they have not lost their knack for penning those irresistable melodies they are loved for. Taking its title from its centrepiece song, "SOS (Song of Syria)", "Jupiter" was mostly recorded live, with minimal intervention by hi-tech wizardry. Producer T-Bone Burnett has provided his expertise, giving their sound a little twist, and the end result finds them at their most stripped-down and warm-sounding, organic and unpolished (very much like on their wonderful 1999 MTV Unplugged album).

The hooks, the harmonies, the Celtic undertow, the nostalgic feel, the political thematology which they so subtly incorporated in the previous album, they are all present here. The intimate, pared-down moments are the most effective, as witnessed by heartfelt cuts like "Son of Solomon" and "Live before I die", both prime examples of the band's incomparable ear for melody. The atmospheric "Season of our love", the most produced cut on here, is another highlight. One of the most unexpected surprises is the gentle, gorgeous "No go baby", a very personal 3-minute little beauty about a miscarriage. And closing track, "The sun and the moon", which grew out of studio improvisation, takes the place of the band's famous instrumental pieces (surprisingly there are none on this set).

As ever, the songs owe much to the serene vocals of raven-haired beauty Andrea who continues to front the band with such grace; her melancholic delivery is heavenly, and reason enough to overcome or forgive them any lyrical missteps. The Corrs' sheer pleasantness is almost impossible to resist, and their presence works like a perfect antidote in the bland and noisy musical landscape that is dominated by soulless, processed so-called songs. Jupiter calling, Scarlet receiving...

getsounds
5.0 out of 5 stars Back to their roots.
Reviewed in the United Kingdom on 12 November 2017
Verified Purchase
After being a bit underwhelmed by the last Corrs single SOS, I am really pleased with their new album, Jupiter Calling. The songs and the performances are top notch. Don't expect the big production of their previous hits - which were great. Renowned producer T Bone Burnett has taken The Corrs right back to their roots and the album has a fabulous live, uncluttered sound. Andrea sounds better than ever. Highly recommended.
Read more
10 people found this helpful
Report abuse

Ali K
4.0 out of 5 stars Charming album
Reviewed in the United Kingdom on 17 November 2017
Verified Purchase
Jupiter Calling may not be crammed with hits like Talk on Corners but is nonetheless a charming collection of songs. The siblings have moved away from the pop feel of White Light towards a more understated, traditional sound, not dissimilar to Home but their own compositions. The stand-out tracks for me are the ballads Road To Eden and Live Before I Die. Also beautiful in their simplicity are Dear Life and Son Of Solomon, as well as the up-tempo numbers Hit My Ground Running, Bulletproof Love, Butter Flutter, single SOS and the haunting Season Of Our Love. I hope they tour with this album and thank them for the wonderful inspiration they provide for my own violinist, guitarist and pianist daughters.
Read more
2 people found this helpful
Report abuse

Amazon Customer
5.0 out of 5 stars Love the Corrs? You'll love this.
Reviewed in the United Kingdom on 5 May 2019
Verified Purchase
I love a good bit of easy listening music. That's what this is. Easy listening, uplifting and just a feel good listen. I've always been a fan of the Corrs ability to produce quality music so I was really looking forward to listening to this. It didn't disappoint. In my opinion it's an album where every song is extremely good with no 'album fillers'. Good job Corrs. Keep on producing the goods.
Read more
One person found this helpful
Report abuse
See all reviews
Get FREE delivery with Amazon Prime
Prime members enjoy FREE Delivery and exclusive access to movies, TV shows, music, Kindle e-books, Twitch Prime, and more.
> Get Started
Back to top
Get to Know Us
Make Money with Us
Let Us Help You
And don't forget:
© 1996-2020, Amazon.com, Inc. or its affiliates