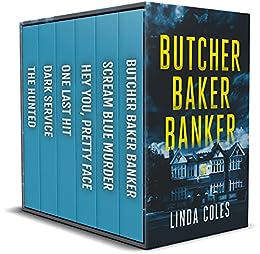 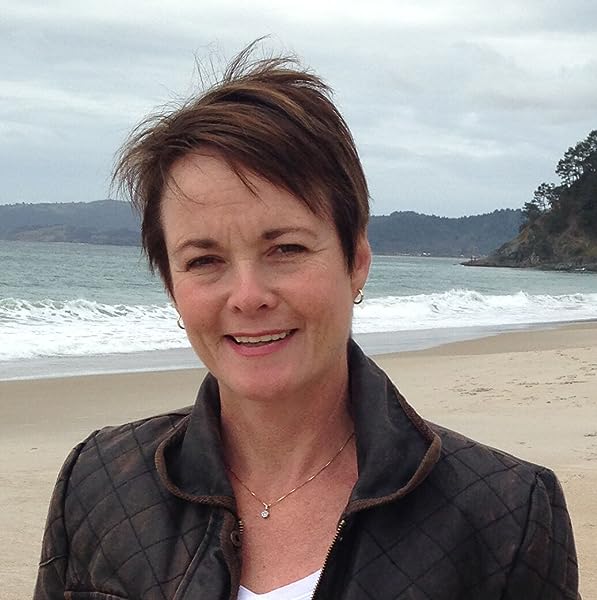 by Linda Coles (Author) Format: Kindle Edition
See all formats and editions
Sorry, there was a problem loading this page. Try again.

Here’s what’s in this collection:

They kill wild animals for sport. She’s about to return the favour…

Taylor never felt the blade pressed to her scalp. She wakes frightened and alone in an unfamiliar hotel room with a near shaved head and a warning… tell no one.

The greatest danger may come from inside his own home.

Detective Duncan Riley has always worked hard to maintain order on the streets of Manchester. But when a series of incidents at home cause him to worry about his wife's behaviour, he finds himself pulled in too many directions at once.

Covering the holiday period almost singlehandedly, resources are at breaking point and he’s pushed to his limit.

While searching for the young mother, evidence of an organized crime ring almost breaks his heart leaving Jack wondering how he can put so many wrongs, right.

Can he solve the case before the girls are lost forever?

Welcome to the human race…

Two cold cases are about to turn red hot…

Detective Jack Rutherford’s instincts have only sharpened with age. So when a violent road fatality reminds him of a near-identical crime from 15 years earlier, he digs up the past to investigate both. But with one case already closed, he fears the wrong man still festers behind bars.

For Detective Amanda Lacey, family always comes first. But when a digger unearths a skeleton in her father-in-law’s garden, she has to balance her heart with her desire for justice. And with darkness lurking just beneath the surface, DS Lacey must push her feelings to one side to discover the chilling truth.

As the sins of the past haunt both detectives, will solving the crimes have consequences that echo for the rest of their lives?

A cold Croydon winter’s night and pensioner Nelly Raven lies dead and naked on the floor of her living room. The scene bears all the hallmarks of a burglary gone wrong.

Ron Butcher rose to the top of London’s gangland by “fixing things”. But are his extensive crooked connections of use when death knocks at his own family’s door?

Baker Kit Morris will do anything to keep his family business alive. Desperate for cash, he hatches a risky plan that lands him in trouble. As he struggles to stay out of prison, he forges an unlikely friendship with an aging local thug.

And then there’s the Banker, Lee Meady, a man with personal problems of his own.

Just how does it all fit together?

As DC Jack Rutherford and DS Amanda Lacey uncover the facts surrounding the case, the harrowing truth of the killer’s identity leaves Jack wondering where the human race went so badly wrong.

More intriguing stories featuring ordinary people in extraordinary circumstances that will keep you turning the pages and wanting more.

You won't find a more likable partnership than this duo as they investigate crimes in South London. These books are a great way to meet them - just prepare to be hooked. #BritishCrimeDrama.

Here’s what’s in this collection:

An English woman myself, I now reside in New Zealand with my husband, 1 cat and 6 wonderful goats. Google Earth and two UK based editors ensure I keep my stories and language, accurate. I’m the author of 17 books including four non-fiction and two of a very different genre published under a pen name.

There’s something for everyone!

A #1 Amazon bestselling author, I’ve been writing since 2011

A full-time writer, I also write newsletter content for accountants across the country, something to ‘cleanse my palette on’ and the polar opposite of dead bodies on the other side of the world. My claims to fame include having a cuddle with Lee Child, sharing a New York cab with Heather Graham, and interviewing Karen Slaughter as a podcast guest.

My latest book and series, Where There’s a Will is the first in a trilogy and sees Will Peters insert himself into the investigation of a young homeless man found dead in the woods. There’s a message written on his chest: Your Move. With the help of some of his elderly mini-cab customers, the unlikely group endeavor to solve the case, any way they can. With a serious message, it’s often amusing. Think Man on the Street and Thursday Murder Club rolled into one. I know you’ll enjoy it.

You can find out more of my work at lindacoles.com and all the usual social channels.

Drop me a line and say hello.

4.4 out of 5 stars
4.4 out of 5
51 global ratings
How are ratings calculated?
To calculate the overall star rating and percentage breakdown by star, we don’t use a simple average. Instead, our system considers things like how recent a review is and if the reviewer bought the item on Amazon. It also analyses reviews to verify trustworthiness.

There are 0 reviews and 45 ratings from Australia

Kindle Customer
5.0 out of 5 stars Brilliant Storylines
Reviewed in the United Kingdom on 30 September 2021
Verified Purchase
That's been one fantastic collection to read I'm looking forward to reading more of your work. Jack and Amanda worked well together the stories were superb and exciting too. It's kept me in suspense all the way throughout this series. Honestly anyone wanting a really great read then you need to add this to your collection you really can't go it's it's been a pleasure to read this wonderfully written series. Thanks very much for allowing me the pleasure of reading your intriguing work Linda and good luck with your next series l hope that I get to read it.
Read more
Report abuse

Jsr
5.0 out of 5 stars Another great series
Reviewed in the United Kingdom on 12 September 2021
Verified Purchase
Realistic outlook ..
So many snippets in each story and loved the intertwining of the detective's stories personal trials a
S they solved each case
Read more
2 people found this helpful
Report abuse
See all reviews
Back to top
Get to Know Us
Make Money with Us
Let Us Help You
And don't forget:
© 1996-2022, Amazon.com, Inc. or its affiliates