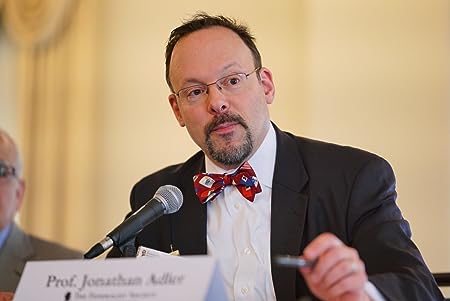 Jonathan H. Adler is the inaugural Johan Verheij Memorial Professor of Law and Director of the Coleman P. Burke Center for Environmental Law at the Case Western Reserve University School of Law. He is also a Senior Fellow at the Property and Environment Research Center in Bozeman, Montana. He is a contributing editor to National Review Online and a regular contributor to the popular legal blog, The Volokh Conspiracy. Professor Adler has authored or edited seven books and several dozen law review articles. He has testified before Congress over a dozen times and his work has been cited by the U.S. Supreme Court. An avid Philadelphia sports fan, he lives in northeast Ohio with his wife and two daughters. 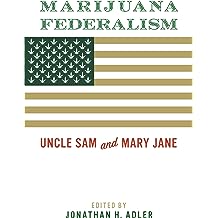 On marijuana, there is no mutual federal-state policy; will this cause federalism to go up in smoke?

More than one-half the 50 states have legalized the use of marijuana at least for medical purposes, and about a dozen of those states have gone further, legalizing it for recreational use. Either step would have been almost inconceivable just a couple decades ago. But marijuana remains an illegal controlled substance under a 1970 federal law, so those who sell or grow it could still face federal prosecution.

How can state and federal laws be in such conflict? And could federal law put the new state laws in jeopardy at some point? This book, an edited volume with contributions by highly regarded legal scholars and policy analysts, is the first detailed examination of these and other questions surrounding a highly unusual conflict between state and federal policies and laws.

Marijuana Federalism surveys the constitutional issues that come into play with this conflict, as well as the policy questions related to law enforcement at the federal versus state levels. It also describes specific areassuch as banking regulationsin which federal law has particularly far-reaching effects.

Readers will gain a greater understanding of federalism in general, including how the division of authority between the federal and state governments operates in the context of policy and legal disputes between the two levels. This book also will help inform debates as other states consider whether to jump on the bandwagon of marijuana legalization. 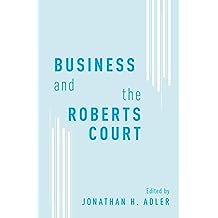 Business and the Roberts Court 20/06/2016
by Jonathan H. Adler
( 1 )
$62.30
In recent years, the Supreme Court appears to have taken a greater interest in "business" issues. Does this reflect a change in the Court's orientation, or is it the natural outcome of the appellate process? Is the Court "pro-business"? If so, in what ways do the Court's decisions support business interests and what does that mean for the law and the American public? Business and the Roberts Court provides the first critical analysis of the Court's business-related jurisprudence. In this volume, prominent academics examine the Roberts Court's handling of business-related cases, through a series of empirical and doctrinal analyses. Issues covered include securities law, antitrust, labor law, preemption, and environmental law, among others.

Business law and regulatory cases touch on many important legal doctrines and can have far-reaching effects. Understanding the bases upon which the Supreme Court decides business-related cases is of tremendous importance to practitioners and academics. It can also further greater understanding of one of the nation's most important government institutions. These issues are of interest to academics, but also of practical importance to Supreme Court and business practitioners.
Read more
Other Formats:: Hardcover
includes tax, if applicable 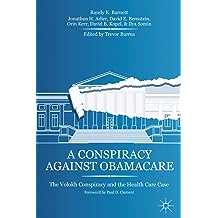 A Conspiracy Against Obamacare: The Volokh Conspiracy and the Health Care Case 12/11/2013
by R. Barnett, J. Adler, D. Bernstein, O. Kerr, D. Kopel, I. Somin, T. Burrus
( 3 )
$34.99
The Affordable Care Act debate was one of the most important and most public examinations of the Constitution in our history. At the forefront of that debate were the bloggers of the Volokh Conspiracy who, from before the law was even passed, engaged in a spirited, erudite, and accessible discussion of the legal issues involved in the case.
Read more
Other Formats:: Hardcover , Paperback
includes tax, if applicable 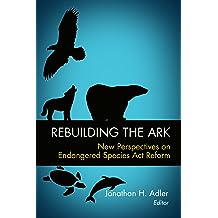 Rebuilding the Ark: New Perspectives on Endangered Species Act Reform 16/06/2011
by Jonathan Adler, Jonathan H. Adler, Jamison E. Colburn, David A. Dana, Michael De Alessi, James L. Huffman, Brian F. Mannix, Jonathan Remy Nash, J. B. Ruhl, R Neal Wilkins
( 1 )
$91.83
The Endangered Species Act (ESA) may be the most powerful environmental law in the United States. Enacted in 1973, the ESA prohibits any actions that may cause harm to endangered plants and animals or the ecosystems upon which they depend. But although more than 1,200 species are protected under the Act, most remain in peril. The ESA may have saved some species from the brink of extinction, but there is little evidence it is working as intended to recover endangered and threatened species. In some cases, the Act's extensive regulatory requirements may actually discourage conservation efforts.

In Rebuilding the Ark: New Perspectives on Endangered Species Act Reform, Jonathan H. Adler leads a group of environmental law experts in evaluating the ESA's successes and failures and exploring multiple avenues for reform. The authors examine methods for incentivizing conservation on private land and water, for revising and standardizing the ESA's regulatory framework, and for increasing transparency, accountability, and public participation in the Fish and Wildlife Service and other conservation agencies. Rebuilding the Ark also considers how the Act should be reformed to address the threat of climate change, and how ESA reform in the United States may affect species conservation overseas.

The Endangered Species Act has not been altered for over twenty-five years. Debates over ESA reform are often contentious and hampered by partisan infighting and pressure from interest groups. But reform is crucial if we are to achieve the ESA's ambitious goals and conserve the world's endangered plants and animals. Rebuilding the Ark is a valuable resource for policymakers, conservationists, business owners, and concerned citizens alike.