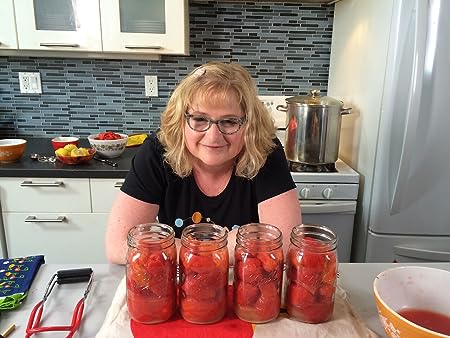 Karen Solomon has been a well-published food writer for over a decade. In addition to the Asian Pickles series of ebooks and print book, she's author of Jam It, Pickle It, Cure It and Can It, Bottle It, Smoke It (Ten Speed Press/Random House). Her work has appeared in Saveur.com, Fine Cooking, Prevention, Yoga Journal, Vegetarian Times, Food52, Organic Style, the San Francisco Chronicle, SF Magazine, the SF Bay Guardian, and elsewhere. http://ksolomon.com

Karen also works as a culinary tour guide for Edible Excursions, showing off the best food in San Francisco. She's also a frequent instructor of canning, pickles, jams, and other techniques of food preservation. Catch her teaching videos online anytime at Creativebug.com.

Karen has presented as a guest speaker at Boston University's Gastronomy Program (September, 2011) and at the 2009 Epicurean Classic in Michigan. She's the former organizer and host of the Jam It Salon, a quarterly DIY "show and taste" at 18 Reasons (2009-2011) and a former organizer and host of the Baby Food Swap (2010). She has served as a judge for both the Eat Real Festival and the Good Food Awards.

Karen's culinary influences come from a variety of sources. While teaching English in Japanese schools and traveling throughout Asia, she had ample time to learn the satisfaction and simplicity of Japanese home cooking. And from the time she could stand on a stool and stir, Karen always enjoyed cooking alongside her mother to make chicken soup, kugel, stuffed cabbage, and other comfort foods of her Eastern European heritage. Most recently, Karen's cooking has become more project-based and crafty, taking on homemade, improved flavors where mass production tends to dominate. She is dedicated to food preservation, as well as eating locally, sustainably, seasonally, and supporting a judicious and delicious food system.

Karen currently resides in San Francisco's Mission district with her partner, her sons, and an equally food-obsessed dachshund, Mabel. 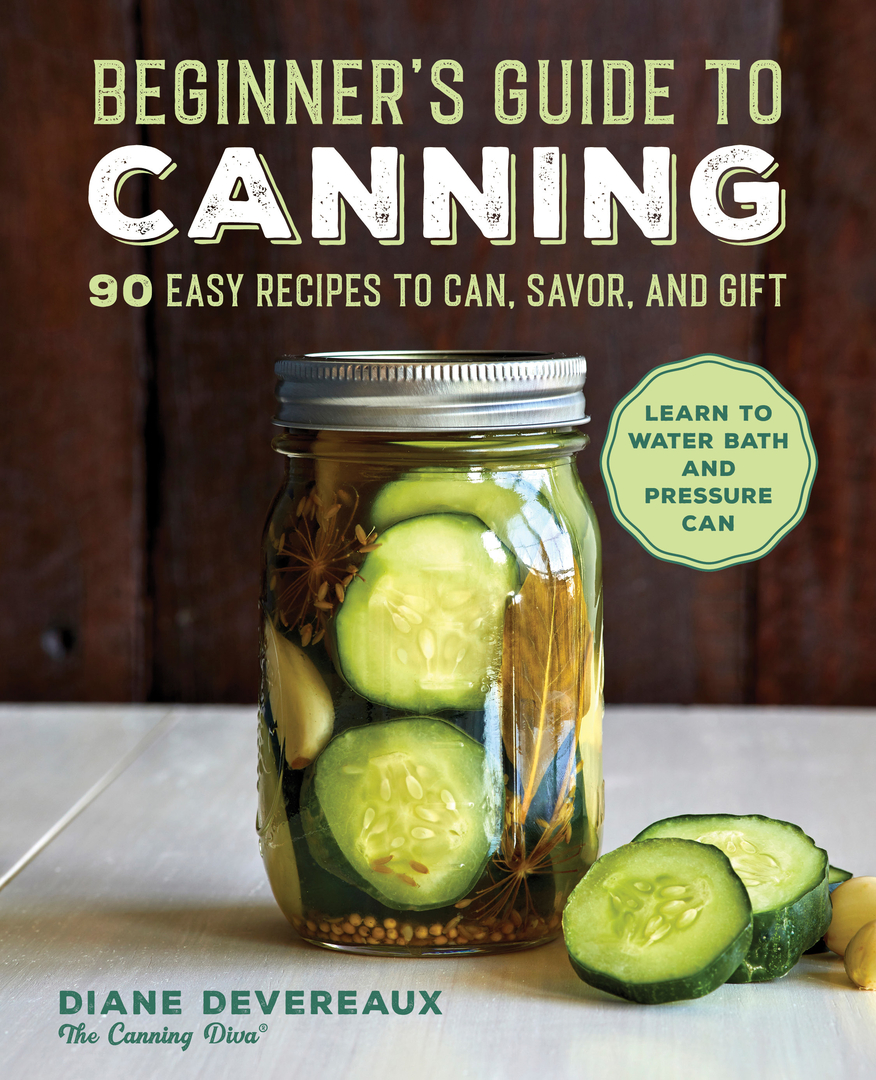 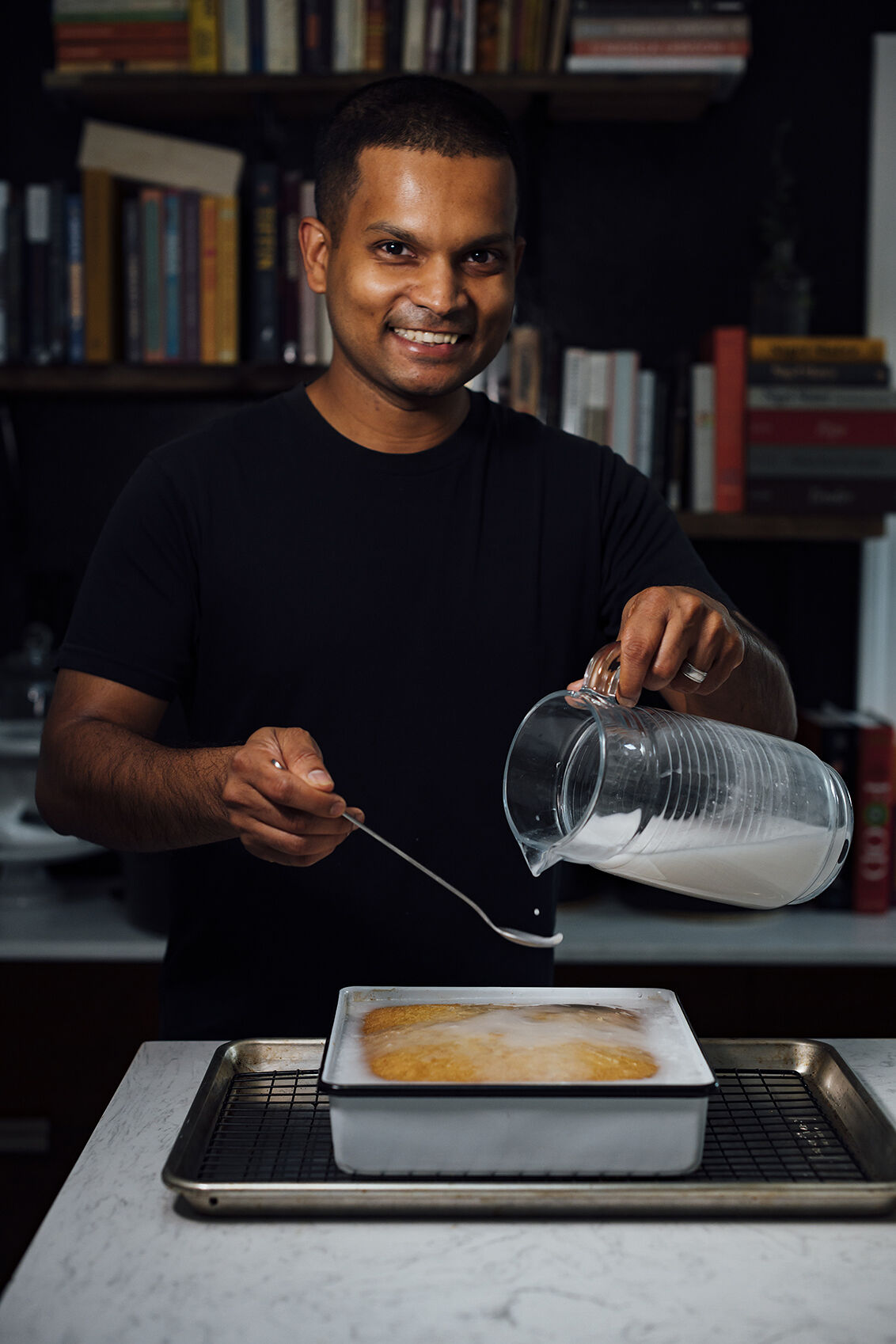 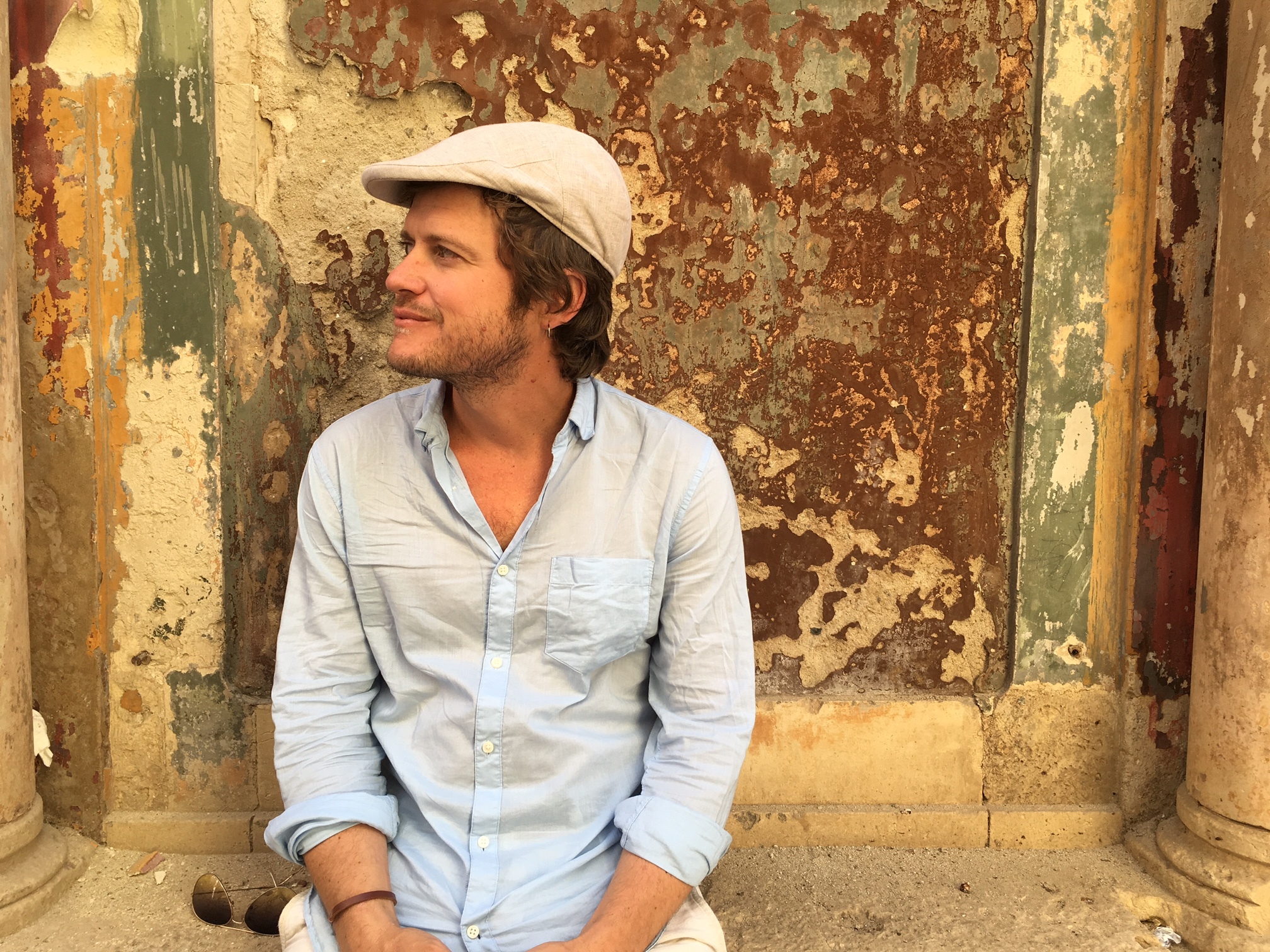 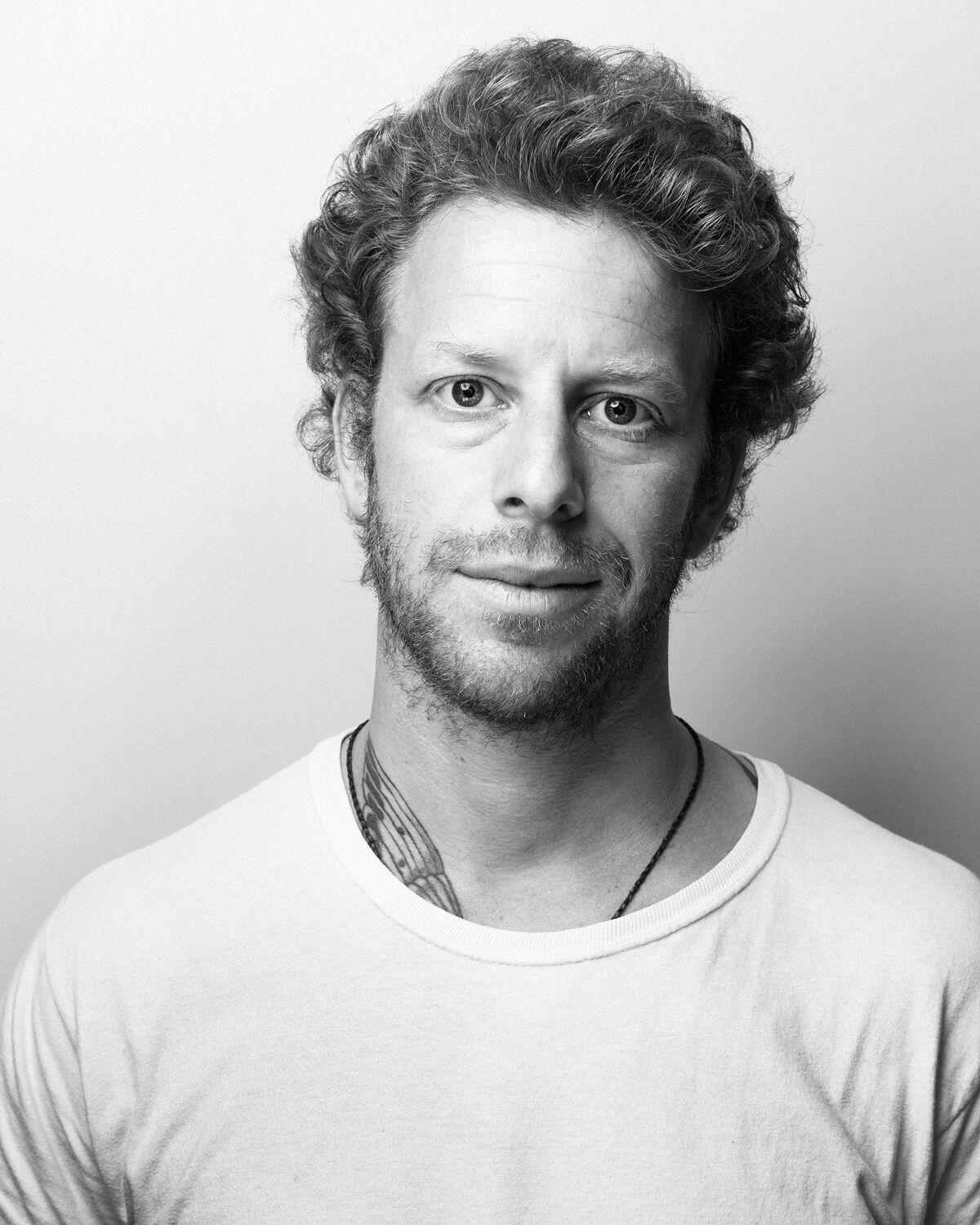 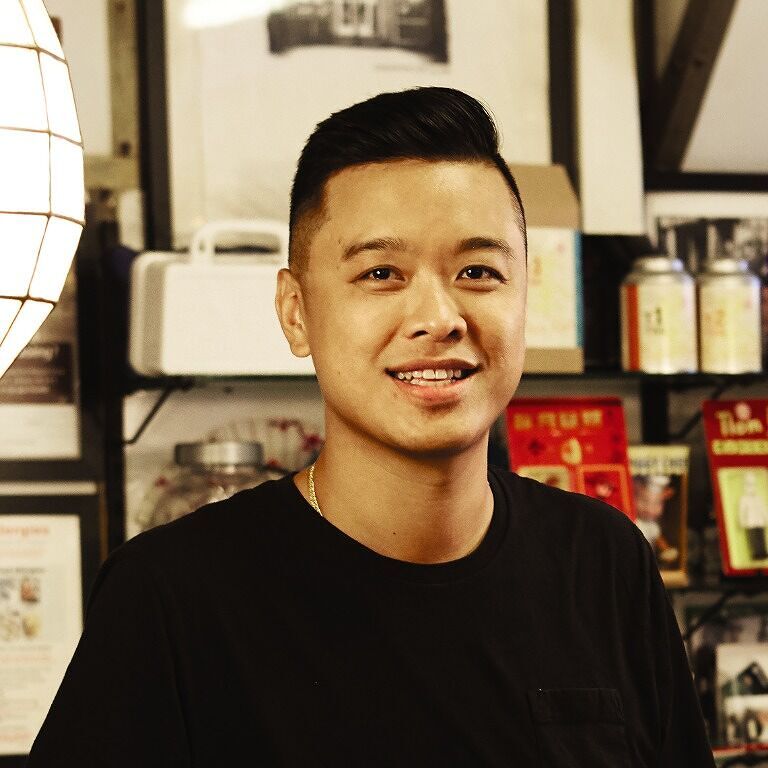 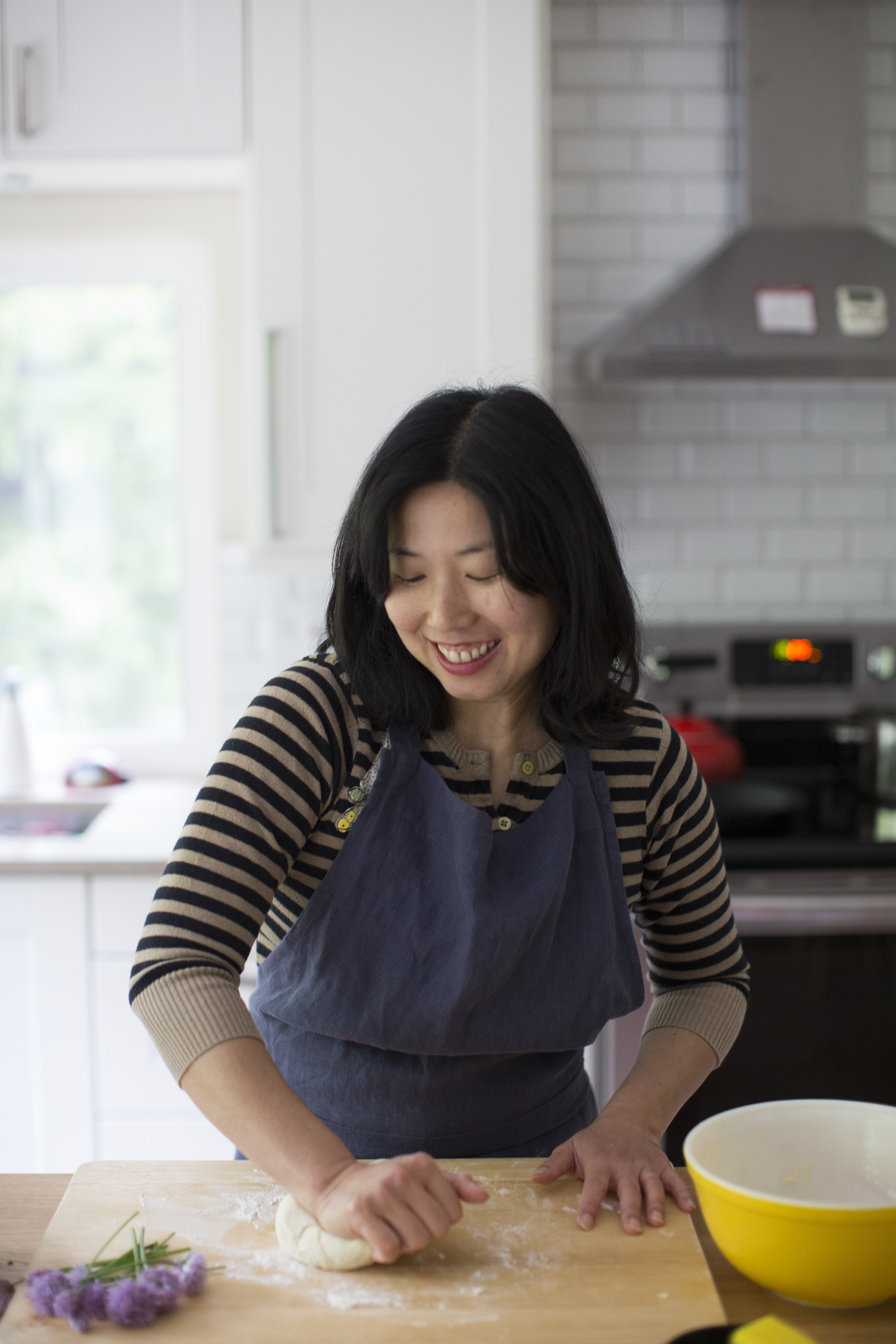 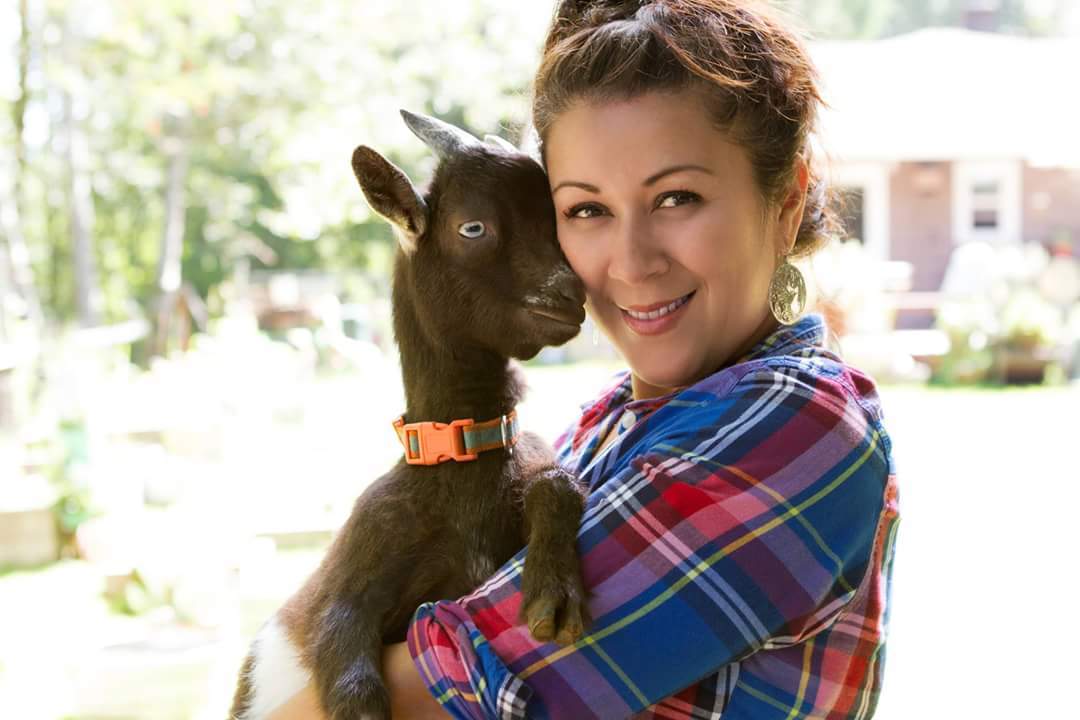 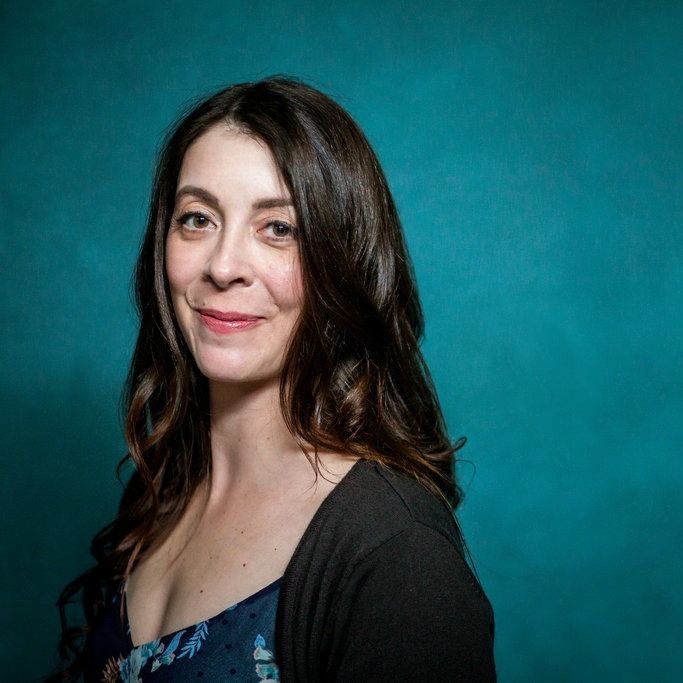 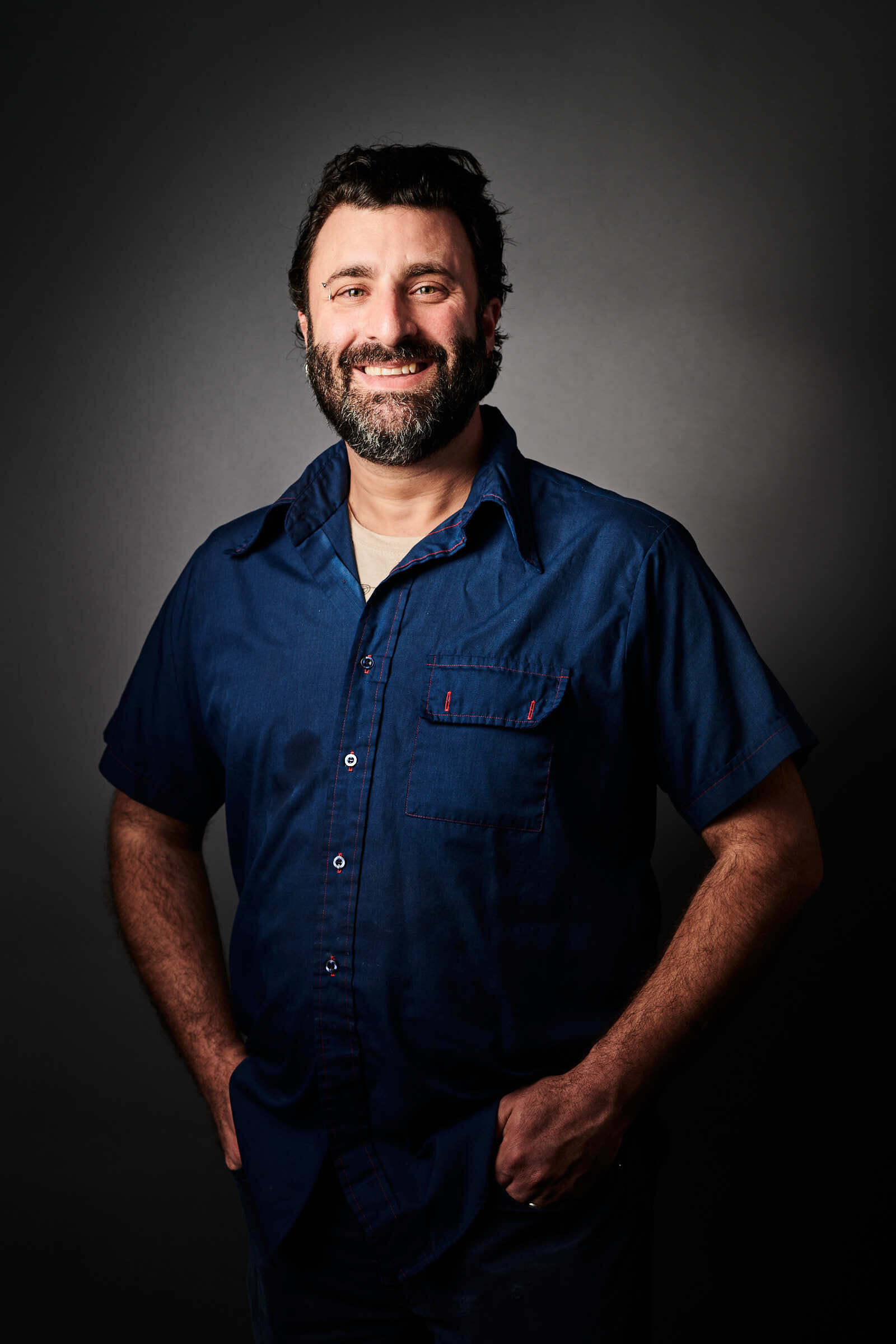 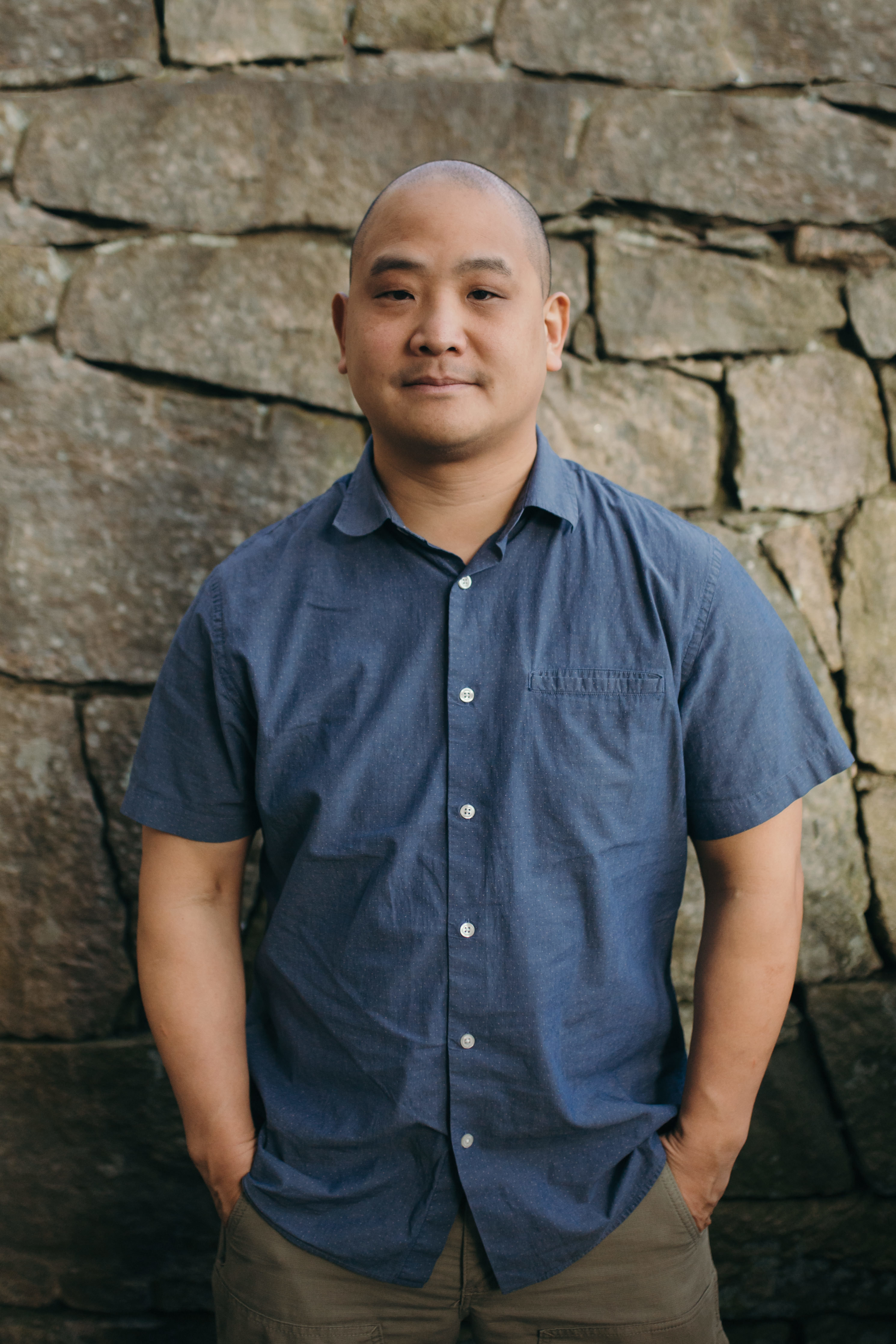 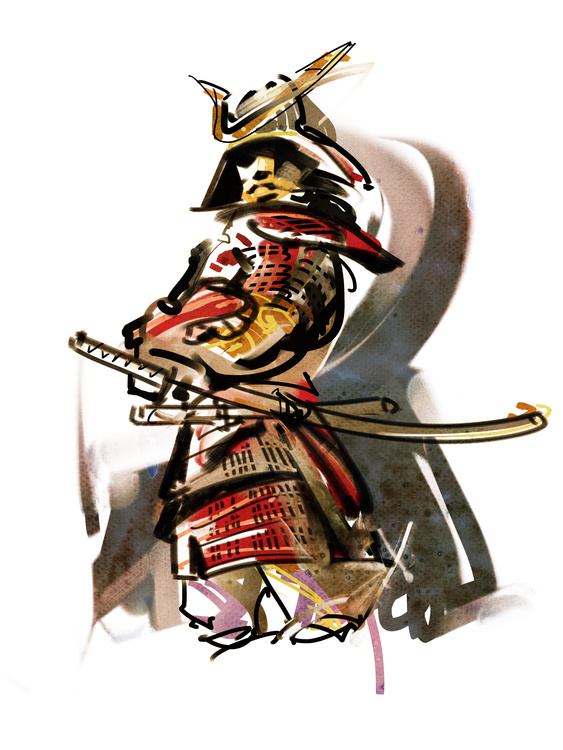 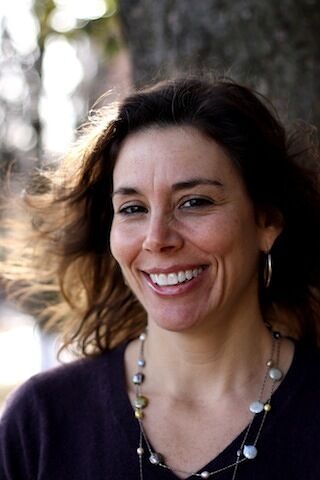 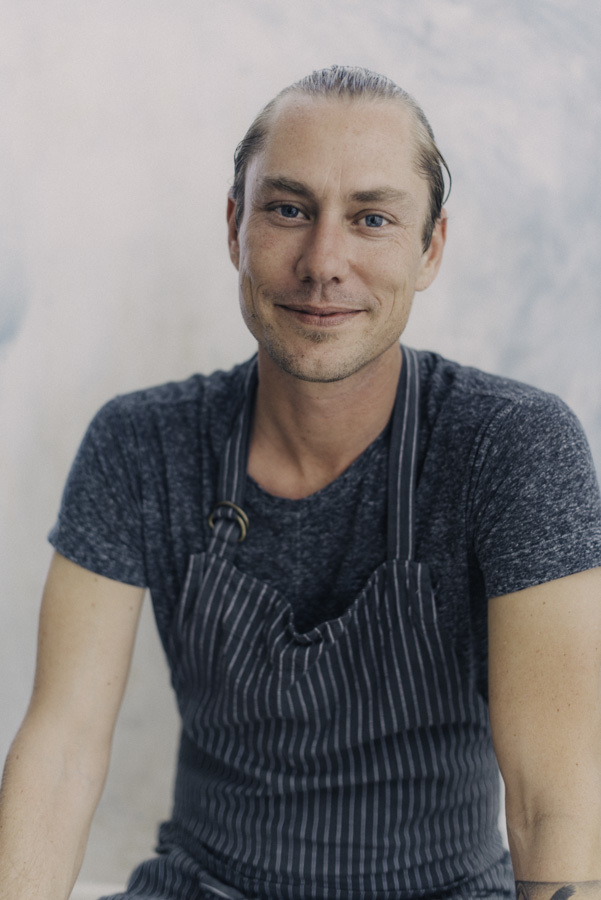 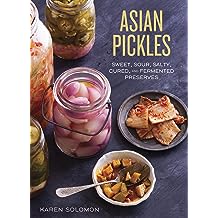 Asian Pickles: Sweet, Sour, Salty, Cured, and Fermented Preserves from Korea, Japan, China, India, and Beyond [A Cookbook] 10/06/2014
by Karen Solomon
( 424 )
$6.99
From authentic Korean kimchi, Indian chutney, and Japanese tsukemono to innovative combinations ranging from mild to delightfully spicy, the time-honored traditions of Asian pickling are made simple and accessible in this DIY guide.

Asian Pickles introduces the unique ingredients and techniques used in Asian pickle-making, including a vast array of quick pickles for the novice pickler, and numerous techniques that take more adventurous cooks beyond the basic brine. With fail-proof instructions, a selection of helpful resources, and more than seventy-five of the most sought-after pickle recipes from the East—Korean Whole Leaf Cabbage Kimchi, Japanese Umeboshi, Chinese Preserved Vegetable, Indian Coconut-Cilantro Chutney, Vietnamese Daikon and Carrot Pickle, and more—Asian Pickles is your passport to explore this region’s preserving possibilities.
Read more
Other Formats:: Hardcover
includes tax, if applicable 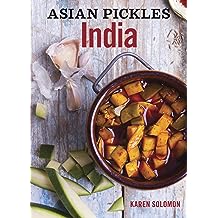 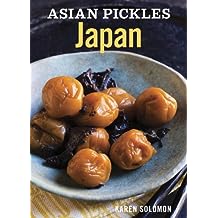 A DIY guide to making the salty, sweet, tangy, and sometimes spicy pickles of Japan, featuring 16 recipes for traditional tsukemono as well as new favorites with innovative ingredients and techniques. 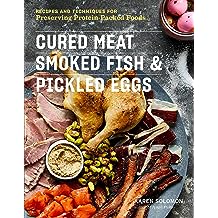 This publication conforms to the EPUB Accessibility specification at WCAG 2.0 Level AA. 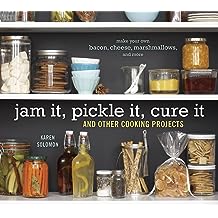 Do you relish the joys of hot toast spread with your own homemade butter and jam? Love to dazzle your friends with jars and tins of choice goodies–all created by you? The kitchen is a paradise for crafty cooks, and whether you’re a newcomer to the realm of amateur artisanal edibles or a seasoned food crafter on the prowl for your next batch of appetizing challenges, Jam It, Pickle It, Cure It has the recipes for you.

Projects range from perfect pantry staples (Butter, Crackers, Pasta) to festive giftables (Toasted Walnut Brandy, Lemon Curd, Peanut Butter Cups); some give quick gratification (Mayonnaise, Rumkirschen, Potato Chips), while others reward patience (Gravlax, Ricotta Salata, Kimchee). Practical prep-ahead and storage instructions accompany each recipe and several give variations (like Caramelized Onion and Thyme Butter–yum). Complete with color photographs and the accumulated wisdom of author Karen Solomon’s years of food crafting, Jam It, Pickle It, Cure It is chock-full of ideas on how to use it, serve it, and give it away.
Read more
Other Formats:: Hardcover
includes tax, if applicable 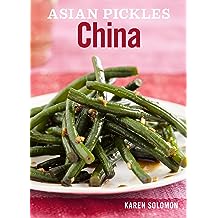 A DIY guide to making the salty, sweet, and pungent pickles of China, featuring 15 recipes with innovative ingredients and new techniques.

Cooks are looking for new pickling frontiers, and the natural standout is Asia, with its diverse array of pickled products and flavors that wow the palate. Asian Pickles: China introduces techniques for creating authentic and creative Chinese pickled foods such as Preserved Mustard Greens, Radish in Chile Oil, Sour Celery and Red Pepper, and Szechuan Cucumbers with Orange and Almond. This title also includes some essential condiments that elevate Chinese food at home, such as XO Sauce and fire-spiked Chile Oil. The Asian Pickles series targets the eager audience of DIY food enthusiasts, backyard farmers, armchair foragers, and pickle fans who have cut their teeth on putting food into jars, pantries, and freezers and who are now hungry for the next course of culinary challenges and kitchen inspiration. 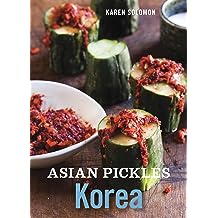 A DIY guide to making the salty, sweet, tangy, and spicy pickles of Korea, featuring 15 recipes ranging from traditional kimchi to new favorites with innovative ingredients and techniques. 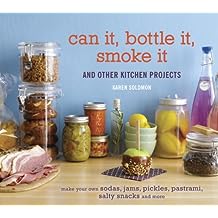 Have you ever wanted to . . .
Bottle your own soda? Press your own tofu? Smoke your own cheese? Boil your own bagels? Ferment your own miso? Can your own tomatoes? Roast your own coffee?

Can It, Bottle It, Smoke It walks you through a slew of satisfying culinary projects to stock your larder and shower your friends with artisan foods and drinks, kitchen staples, and utterly addictive snacks. Karen Solomon—veteran food writer, kitchen explorer, and author of Jam It, Pickle It, Cure It—brings forth a new collection of 75-plus recipes for condiments (Plum Catsup), cereals (Cornflakes), crunchy snacks (Tortilla Chips), beverages (Soy Milk), and more. Whether you’re a beginning or seasoned home cook, you’ll be inspired to pump up the power of your pantry.

With detailed instruction on essential techniques, time commitments for each project (from 20 minutes to 2 hours to a weekend), and labeling and wrapping tips, Can It, Bottle It, Smoke It will help you get creative in the kitchen. So leave the grocery aisle’s mass-produced packaging and mystery ingredients behind and join the urban homesteading revolution as you whip up a bevy of jars, bottles, and bags full of outstanding hand-labeled eats.