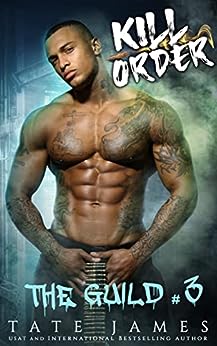 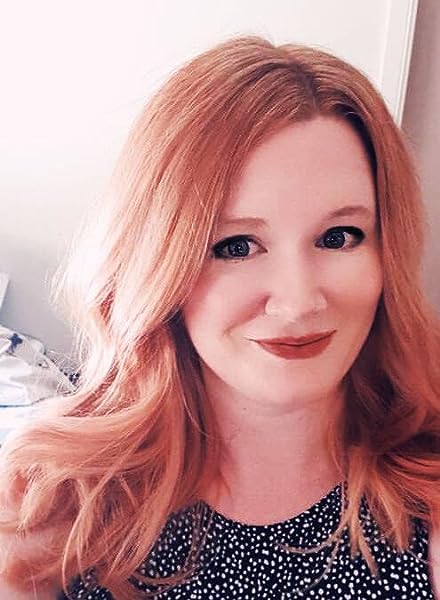 by Tate James (Author) Format: Kindle Edition
Book 3 of 3: The Guild
See all formats and editions
Sorry, there was a problem loading this page. Try again.

THE GUILD is a new series born from the Shadow Grove world. While some characters have been met in the existing MADISON KATE and HADES series, their cameos were not crucial to THE GUILD storyline.

a document issued by the Circle allowing for the murder of a mercenary with no agency repercussions. A rarely-wielded tool, a kill order brings the Circle’s full wrath down on its target.

Worthless, useless, waste of space. That’s what my father liked to remind me on a daily basis.  I was a stain on his pristine reputation. We both were, Moana and I. He taught us that we were less than nothing, we were an inconvenience. Slugs on the cabbage of life. But he was wrong.

Because of him, my sister and I dedicated our lives to helping others. Fighting for others who couldn’t fight for themselves. We took risks, gained ranks, and eventually discovered a purpose. My big sister, my best friend… her pain and loss gave us the direction we both so desperately needed.

We were a unit. A family. A team. Dedicated to a purpose. My calling in life. Until I met her.

How do I tame the deadliest of women? How can I prove myself to her, snaring her in the bonds that have lashed me to her? How do I navigate a partnership with a man I loathe, to whom I’d spent years wanting to destroy?

That had been my goal.

I want her back. I want the Guild out of her life. I’ll sell my soul and work with my enemy if I have to.

The Guild series is a dark MFM romance and contains scenes that may be uncomfortable or disturbing to some readers. Please use your own discretion as to whether this is the right series for you. None of the main characters are the "good guys" and their moral code does differ greatly from your usual romance heroes. Please don't attempt to hold them to heroic standards, as they will fall short.

KILL ORDER is book THREE of THREE in The Guild trilogy.

This is the chronological order of linked series, but it's not necessary to read prior series before THE GUILD.

Tate James is a USA Today Bestselling Author of Contemporary Romance and Suspense Romance, with occasional forays into Fantasy, Paranormal Romance, and Urban Fantasy. She was born and raised in Aotearoa (New Zealand) but now lives in Australia with her husband and their adorable crotchfruit.

She is a lover of books, booze, cats and coffee and is most definitely not a morning person. Tate is a bit too sarcastic, swears far too much for polite society, and definitely tells too many dirty jokes.

4.8 out of 5 stars
4.8 out of 5
2,571 global ratings
How are ratings calculated?
To calculate the overall star rating and percentage breakdown by star, we don’t use a simple average. Instead, our system considers things like how recent a review is and if the reviewer bought the item on Amazon. It also analyses reviews to verify trustworthiness.

LF
TOP 500 REVIEWER
5.0 out of 5 stars Brilliant conclusion
Reviewed in Australia on 6 July 2022
Verified Purchase
This story did not go at all as I’d expected (in typical Tate James style) with more twists and turns than a roller coaster! With Danny and Leon’s lives on the line, Kai sorting out traitors, everything nowhere near what it seems and so many plots...this book is a binge read! Solid 5 stars for this and a mighty 7 stars for the series. Great ending with a twist. Add to your TBR. Highly recommended.
Read more
Helpful
Report abuse

Leeann
5.0 out of 5 stars A beast of a conclusion!
Reviewed in Australia on 30 June 2022
Verified Purchase
Tate just gets better and better with each series! The conclusion to the guild series is fast-paced and high intensity, with all the action, humour, and spice you could ever need. The emotional growth the characters have in this story is absolutely beautiful to see, even as the betrayals leave you reeling. I'm already missing Dani, Kai, and Kohuru Rapeti
Read more
Helpful
Report abuse

Tayla M
5.0 out of 5 stars My favourite of the series
Reviewed in Australia on 28 June 2022
Verified Purchase
This one was by far, my favourite of the series. There were so many twists in this book, ones that I saw coming and a heck of a lot more that I didn't. The guys finally got it together and showed Danny that they loved her enough to work everything out. Danny, Leon and Kai are so good together and they make a pretty unstoppable team. I loved the addition of Danny’s family, I’m glad she finally has a solid team in her corner.
Overall, this was such a good ending to their story.
Read more
Helpful
Report abuse

bek_lovestoread
5.0 out of 5 stars Queen Tate slays once again
Reviewed in Australia on 28 June 2022
Verified Purchase
WHAT AN EPIC CONCLUSION!!!!!
As always, Queen Tate knocked this for a 6!
I literally couldn’t put this book down. I was hooked. I was there for it all. My mouth dropped several times throughout as the bomb drops kept coming.
This book had it all, gripping storyline, LOTS of spice, bromance, betrayal, ups and downs, AND a happily ever after.

Mel
5.0 out of 5 stars Amazing end to an amazing series
Reviewed in Australia on 26 June 2022
Verified Purchase
“My home is with you, wherever that might be”

What an ending to an amazing series series!!!! I loved every moment of this 700+ page masterpiece. So many twists and turns and betrayals I never saw coming. The relationship between Danny, Leon and Kai is seriously hot 🔥 and had me panting for more. Tate you are a genius and I cannot wait for your new series or anything you write really.
Read more
Helpful
Report abuse

Tegan 💕
5.0 out of 5 stars Yasssss
Reviewed in Australia on 3 July 2022
Verified Purchase
Queen has slayed again!
I mean there is literally nothing better than getting your knickers in a knot over a Tate James book!!
I lov lov loveeed The Guild and all the amazingness that came with it!! *chef's kiss* 🤌💕💕
Read more
Helpful
Report abuse

Carolyn
5.0 out of 5 stars Wonderful
Reviewed in Australia on 30 June 2022
Verified Purchase
This is an awesome end to Danny’s story. Tate James has woven an incredible tale full of twists and turns making it impossible to guess the actual villain. The nickname that Kai gives Leon is the best ever!!!! 5 stars plus.
Read more
Helpful
Report abuse

Georgina
5.0 out of 5 stars Fantastic
Reviewed in Australia on 22 July 2022
Verified Purchase
What can I say, couldnt expect anything but gripping and heart wrenching that you dont want the story to end, loved Danny and her guys
Read more
Helpful
Report abuse
See all reviews

Angela Parker
5.0 out of 5 stars Fantastic end to the series
Reviewed in the United Kingdom on 1 July 2022
Verified Purchase
i love Tate's book and this series was no exception, it's such a novel take on contract killers.
We pick up the story where we left it in Dead Drop and discover more about Danny's family and project Remus. Kai and Leon are forced to work together, reluctantly to track danny down and agree to her relationship terms. It's an action packed book with assassins constantly coming after them, making their job of uncovering whos behind the guild plots and Kill Order against Danny.
We see Kai looking after Leon when the guild comes after him with a virus and the guys working together well to assist Danny.
Loved Danny's interaction with her new found family, especially her little brother, really wasn't expecting that. Project Remus is exposed and dismantled and Kai's sister Moana gets closure despite betraying Kai.
This book was a perfect ending to the series with all our questions answered, another masterpiece from Tate.
Read more
Report abuse

Tamara
5.0 out of 5 stars well holy hell!!
Reviewed in the United Kingdom on 29 June 2022
Verified Purchase
Oh my god! Where do I even start! There were so many plot twists in this that I couldn’t keep up. I did not see any of that coming! I have absolutely loved this series! I’m hands down a Leon fan 🥵 I would of been happy with a story all about him - so imagine my heartbreak when I thought he was being killed off. I am not going to lie though this book is full of betrayal - it’s going to take me a while to recover from this one! Well done Tate you have out done yourself yet again!
Read more
Report abuse

SuziBlu
5.0 out of 5 stars Great read.
Reviewed in the United Kingdom on 11 July 2022
Verified Purchase
Amazing ending to The Guild series, so many twists I never saw any of them coming! Loving the way everyone bounced off each other, and Kai's nickname for Leon was creative and so accurate! Loved it! The ending was an perfect for them and nearly shed a tear for Moana too! Fab.
Read more
Report abuse

Kristie Schofield
5.0 out of 5 stars Amazing
Reviewed in the United Kingdom on 30 June 2022
Verified Purchase
Just when I thought Hades was the coolest h I have ever met I was then introduced to Danny so is such a kicka** character I loved her. What can I say about Leon but where can I find my own pyscho. What a brilliant series this is. I would definitely recommend
Read more
Report abuse

Kindle Customer
5.0 out of 5 stars Great way to end the series
Reviewed in the United Kingdom on 20 July 2022
Verified Purchase
Blood, death, steamy times, attempts on everybodies lives, secrets, plots and betrayal... This book had it all and was a perfect way to wrap up the series. Like all of Tate's books this one was never boring, never predictable and always f****** brilliant!
Read more
Report abuse
See all reviews
Report an issue
Does this item contain inappropriate content?
Report
Do you believe that this item violates a copyright?
Report
Does this item contain quality or formatting issues?
Report