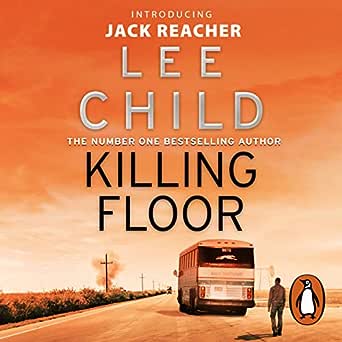 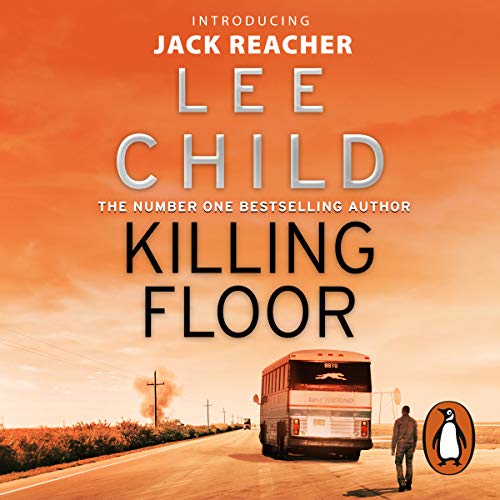 4.4 out of 5 stars
4.4 out of 5
13,371 global ratings
How are ratings calculated?
To calculate the overall star rating and percentage breakdown by star, we don’t use a simple average. Instead, our system considers things like how recent a review is and if the reviewer bought the item on Amazon. It also analyses reviews to verify trustworthiness.

Lee Davis
TOP 1000 REVIEWER
4.0 out of 5 stars Interesting style. Great story
Reviewed in Australia on 27 November 2018
Verified Purchase
Jumped onto the Jack Reacher series after attending an evening with Lee Child at Brisbane City Hall. I really enjoyed the characters (particularly Jack), the pace and the overall story. At the interview with Lee Child one question was about his 'punchy' writing style and the minutes you start reading this book you feel it. It's quite bizarre with few sentences being longer than 4-5 words. But the way Child described it is Jack Reacher is a man of few words and this is the way he might speak, so he wrote the whole book in that style. It's initially a bit of a distraction and a few reviewers here were quite turned off by it, but if you persevere, then you get into the flow and it disappears. A little.
Read more
One person found this helpful
Helpful
Report abuse

Pamela M.J.
TOP 1000 REVIEWER
5.0 out of 5 stars Brutal but exciting from start to finish
Reviewed in Australia on 13 December 2018
Verified Purchase
Jack Reacher may not be everyone's cup of tea. He is more anti-hero than hero. His motive is pure revenge. But Lee Child is an excellent writer and the plot is tight and powerful and the novel well written in a sparse style that is just right for the story. It is one of those novels that love or hate the protagonist, you won't be able to put it down.
Read more
One person found this helpful
Helpful
Report abuse

A C Bennett
TOP 1000 REVIEWER
5.0 out of 5 stars Great
Reviewed in Australia on 13 January 2019
Verified Purchase
The first in enjoyable series, which had me looking for the next book . I know everyone who's a Jack Reacher Fan doesn't like the image you get to look at in the movies that have followed but the books are great and this will be a must to start the whole series off.
Read more
One person found this helpful
Helpful
Report abuse

Kindle Customer
3.0 out of 5 stars Ok starting point.
Reviewed in Australia on 23 August 2019
Verified Purchase
Little slow to begin with and slightly predictable towards the end but have heard good things about the series so will continue on to the second novel. Had been pre warned about the style of writing to begin with being annoying and fingers crossed that does get better as it was off putting to say the least. As for Jack himself me liking him could go either way so we'll see what happens.
Read more
Helpful
Report abuse

Timothy J Hurst
5.0 out of 5 stars Excellent, much better than Book 2
Reviewed in Australia on 4 April 2015
Verified Purchase
I decided to start reading the Jack Reacher series at the beginning. This was an excellent thriller, with a great feeling of place (a small mid-west town). I really liked the larger than life character and the description of exciting events.
Footnote: went straight on to read Book 2. I thought it was puerile and sent it back for a refund! But I won't give up just yet.

Les Darby
5.0 out of 5 stars 5 Star ratings for Reacher series
Reviewed in Australia on 1 September 2018
Verified Purchase
there is nothing to dislike about killing floor.I have enjoyed all but 1 of the reacher series.they are a great read all the way through I am looking forward to the latest reacher book and have already pre-paid for it on my kindle
Read more
Helpful
Report abuse

Nick Brett
4.0 out of 5 stars Reacher - back to the start
Reviewed in the United Kingdom on 18 November 2017
Verified Purchase
I’ve read all the Reacher books, but on conclusion of “The Midnight Line”, I thought it might be interesting to go back and compare to the first.
Killing Floor does present a less refined Reacher but also reminds us that some basic themes (town in the middle of nowhere, a secret, an attractive lady cop) started from book one.
For want of nothing better to do, Reacher stops off in a small town as a famous blues singer was reputed to have died there. Instead he finds himself arrested for murder and a town with too much money and a dirty secret. A personal element keeps Reacher there trying to find out what is going on while the body count mounts up. Reacher comes over as a dangerous man and a killer in this, not a man to cross and quite prepared to exist outside of the law. There are hints of the character he would develop into and also of the style that Lee Child would develop. This is a longish book at over 500 pages, so the abrupt style is not in place yet. The story works as do the twists and you can see why this series developed into something that has often been very special.

CloselyObservedEnglish
2.0 out of 5 stars Overblown
Reviewed in the United Kingdom on 3 May 2019
Verified Purchase
Having seen both Jack Reacher films (which I must confess to having enjoyed), I thought it only right that I take a look at one of the books that started the whole Reacher empire. I found a cheap copy of 'Killing Floor' on Amazon, and read the whole thing in about a week.

At first, I was mightily impressed. The hard-boiled prose spoke to me in a voice similar to Dashiell Hammett's, and the in-depth knowledge the writer possesses of his field really came to the fore. I think I enjoyed this book right until Reacher and Hubble come out of prison - those first passages, when nobody seems sure what's going on or who can be trusted, really worked well.

The problems began around that time, starting with a rather ridiculous plot device. Reacher, for whom nothing and nobody really seems to matter, discovers that the man whose murder he has been arrested for - SPOILER ALERT - is his brother. Now, the action all takes place in some tiny town in middle America, and Reacher only chose to stop off here at random during his peregrinations around the country; add to that the fact that the two brothers had barely spoken in years, and you have a particularly odd contrivance to work as motivation for what follows.

And then, the hard-boiled writing starts to work against Lee Child. It's not sufficient to support a book of this length. My favourite sentence in the whole book (and pretty much the reason I'm giving this two stars) came when Reacher takes his date out to dinner in a restaurant at the airport, and describes the place (or the food - I forget) with this: "It was OK." Thanks for that, Reacher/Child. Whole sections of the book could have been skipped if this is the language we're going to be treated to.

I'm not sure if I'd want to read another Reacher book after this one. I was entertained, more or less, as I read, but not to the extent that I would want to accompany Reacher on another of his adventures. I get the feeling that this is the prototype, and anything that follows will be something of a rehash - which might be an unfair analysis, but since I haven't read everything of Penelope Fitzgerald's or EM Forster's, I might prefer to invest my time there.

Gil
3.0 out of 5 stars Not for me.
Reviewed in the United Kingdom on 11 April 2018
Verified Purchase
I looked forward to reading this, my first of his books, by the good reports, but was very off-put early on by a completely unnecessary , really sickening description of prison violence (not related to the plot at all)., so if you like that sort of thing, fine, but it's not for me.
Read more
28 people found this helpful
Report abuse

Peter Lee
3.0 out of 5 stars Silly and overlong, but oddly enjoyable
Reviewed in the United Kingdom on 8 September 2016
Verified Purchase
This was the second Jack Reacher book I've read, and in my usual "do it the wrong way" style the first one I read was the most recent book, "Make Me", and the second was this, the first in the series. I thought "Make Me" was enjoyable but descended into farce towards the end, and I'd heard that the earlier books were better, so I decided to go back to the beginning.

The books starts well. Reacher arrives in a small town in the middle of nowhere after walking in the rain for several hours and is eating breakfast in a diner. The police enter and he is arrested for a crime he didn't commit. Hauled off to the local police station he is thrown into a cell and the accusations begin to pile up against him. Eventually he is taken to the local prison for the weekend, but there appears to be a mix-up and he is placed in the lifers' wing, and from then on things really start to look bleak.

It's a page turner, but personally I thought it was way, way too long, probably by 200 pages or so, and the whole book is utterly unbelievable but remains strangely enjoyable. Having read two Reacher books now my suspicion is that they all follow the same template, as both of the ones I've read have had very similar story arcs, but I've got a few in my pile still to be read so I'll reserve judgement until I've worked my way through those.

I first came across him being interviewed by Stephen Sackur on BBC's Hardtalk. He was making a lot of sense about his role as an author whose duty is to serve his readers what they want. And so I decided to read his first book.

The short sentences take some time to get used to but you soon get into the rhythm. Jack Reacher is an interesting hero and Child has a very observant eye for detail in small town America. Combine this with a good action plot with a lot of twists and turns and you have a book that is a real page turner.

I finished this very quickly and was straight onto the second one - Die Trying - about a white separatist group in Montana. Again unputdownable! Will now take a break, and then onto no. 3 - Tripwire.
Read more
10 people found this helpful
Report abuse
See all reviews
Get FREE delivery with Amazon Prime
Prime members enjoy FREE Delivery and exclusive access to movies, TV shows, music, Kindle e-books, Twitch Prime, and more.
> Get Started
Back to top
Get to Know Us
Make Money with Us
Let Us Help You
And don't forget:
© 1996-2021, Amazon.com, Inc. or its affiliates