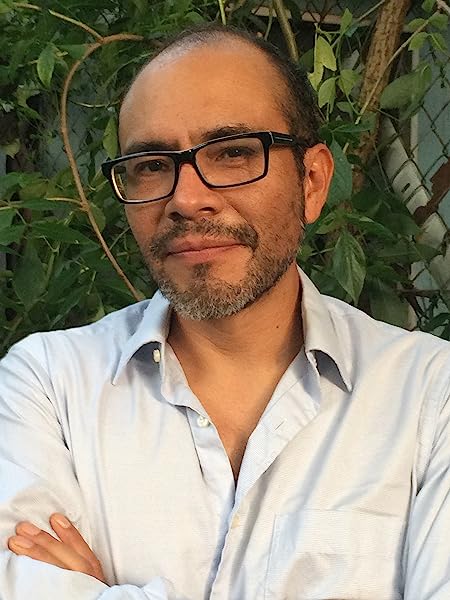 by Yuri Herrera (Author)
See all formats and editions
Sorry, there was a problem loading this page. Try again.

"Kingdom Cons displays...a gritty and highly stylized realism played out by dramatic, archetypal characters [and] exemplifies, in a host of ways, what leads people to delusional behavior."

"[A] cunning little drama about the line separating art from agitprop."

"Herrera is a jumbler of cultural forms, both literary and vernacular. Kingdom Cons is narrated with a bardic omniscience, a mythopoetic tone satisfyingly coarsened by slangy dialogue. The musicality of the prose turns the slim novel into its own kind of narcocorrido."

"His writing style is like nobody else's, a unique turn of language, a kind of poetic slang."

"Strikingly beautiful and thematically rich...the novel is a powerful and memorable meditation on the social and economic value of art in a world ruled by the pursuit of power."

<p><strong>Yuri Herrera</strong>, born in<strong> </strong>Actopan, Mexico, is an acclaimed and award-winning author. His <em>Signs Preceding the End of the World</em> won the Best Translated Book Award in 2016 and was included in many best books of the year lists, including the London <em>Guardians</em> Best Fiction and NBC Newss Ten Great Latino Books. His first novel, <em>Kingdom Cons</em>, won the 2004 Premio Binacional de Novela Joven and, when published in Spain won the Premio Otras Voces, Otros Ámbitos, being considered the best work of fiction published in Spain by a jury of 100 people, including editors, journalists and cultural critics. He studied politics in Mexico, creative writing in El Paso, and took his PhD in literature at Berkeley. He teaches at Tulane University in New Orleans.</p>
Tell the Publisher!
I’d like to read this book on Kindle