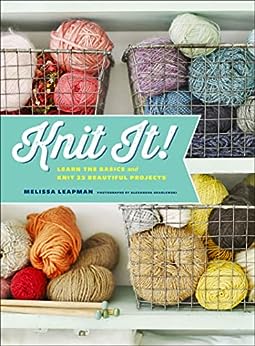 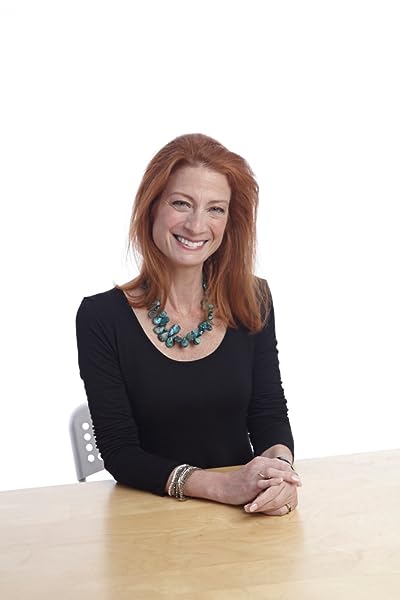 This inviting craft book lays the groundwork for a lifetime of knitting—no prior skills necessary! Melissa Leapman presents step-by-step instructions for all the essential skills, techniques, and abbreviations needed to get started knitting, plus clear how-to illustrations for visual learners.

After mastering the basics, knitters are ready to start on the twenty-two featured projects, from cozy scarves and chunky sweaters to classic decor items like an ottoman pouf and irresistible hearts. With an inviting design, vibrant photographs, and bonus ideas for customizing each project, Knit It! will have crafters going from beginner to knitter in no time.
Read more
Previous page
Next page
Due to its large file size, this book may take longer to download

With over 1000 designs in print, Melissa Leapman is one of the most widely-published American crochet and knit designers at work today.

Leapman is the author of several bestselling knit and crochet books, including Cables Untangled, Mastering Color Knitting, and Knitting the Perfect Fit (all published by Random House). She's is the author of The Knit Stitch Pattern Handbook (Random House/Potter Craft, 2013), a comprehensive knitting stitch dictionary which includes favorite patterns gathered over her more than 25 years in the industry. It’s the go to book for professionals and lay persons alike.

In February of 2017, her largest and most important work to date, 6000+ Pullover Possibilities was released by Soho Books. This title offers interchangeable sweater pieces to allow the reader to knit customized women’s sweaters in nearly any gauge and in nearly every size.

Melissa has been a featured guest on numerous television shows including Knit and Crochet Now on PBS, is the host of several Leisure Arts knitting and crocheting DVDs, and has written many crochet and knit leaflets for Leisure Arts and Annie's. Additionally, her designs are popular on web-based venues such as Craftsy, Ravelry, and LoveKnitting.com.

In addition, Leapman has launched several Craftsy classes. Sign up to get Melissa’s personal attention as you learn—and master—new techniques!

Nationally, her workshops are popular with crafters of all levels. She teaches at every major

knitting and crochet event, including VKLive and the CGOA/TKGA shows, as

well as at nearly every TNNA industry trade show for the past twelve years. Additionally, she

has appeared at hundreds of yarn shops and local guild events nationally and internationally, working approximately 25 events every year, including one or two knit/crochet cruises.

To keep up with Leapman and her designs, to participate in her knitalongs, and to have a sneak peek into her world, “like” her page on Facebook and join her fan group on Ravelry.com (Melissa Leapman Rocks).

4.1 out of 5 stars
4.1 out of 5
12 global ratings
How are ratings calculated?
To calculate the overall star rating and percentage breakdown by star, we don’t use a simple average. Instead, our system considers things like how recent a review is and if the reviewer bought the item on Amazon. It also analyses reviews to verify trustworthiness.

Smurfnibble
5.0 out of 5 stars Very good introduction to knitting.
Reviewed in the United States on 19 March 2015
Verified Purchase
My adorable kid (when she was a baby) is the model in this book, so it gets 5 stars just for that. I did learn to knit recently, so the startup tips are very handy. When I was very new at the craft, I'd completely forgot how to cast on, and used the helpful diagrams to get going again. I do like the section of helpful hints when learning how to knit. It's just common sense stuff that the experienced knitter would pass onto her students, and I really should have read the part about buying enough yarn of the same lot number before starting my first scarf!!! Live n learn. Great book!!
Read more
3 people found this helpful
Report abuse

Julia C. Johnson
3.0 out of 5 stars A good book to have as a back-up.
Reviewed in the United States on 28 February 2015
Verified Purchase
I am a long-time knitter, yet now am more focused on very basic patterns that are carried off with outstanding yarn. This is a fine book; however, it is a bit trendy for my knitting plans.
Read more
3 people found this helpful
Report abuse

Amazon Customer
5.0 out of 5 stars Great Projects!
Reviewed in the United States on 21 February 2015
Verified Purchase
I am new to knitting and this book has very good instructions and nice photographs. I like the variety of projects, especially the little dress for a young girl.
Read more
One person found this helpful
Report abuse