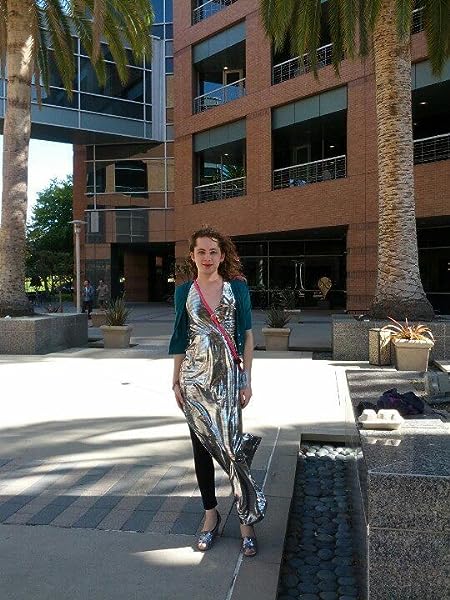 by Holden Karau (Author)
4.2 out of 5 stars 194 ratings
Edition: 1st
See all formats and editions
Sorry, there was a problem loading this page. Try again.

Holden Karau is transgender Canadian, and anactive open source contributor. When not in San Francisco working as asoftware development engineer at IBM's Spark Technology Center, Holdentalks internationally on Spark and holds office hours at coffee shops athome and abroad. She makes frequent contributions to Spark, specializing inPySpark and Machine Learning. Prior to IBM she worked on a variety ofdistributed, search, and classification problems at Alpine, Databricks, Google, Foursquare, and Amazon. She graduated from the University ofWaterloo with a Bachelor of Mathematics in Computer Science. Outside ofsoftware she enjoys playing with fire, welding, scooters, poutine, anddancing.

Most recently, Andy Konwinski co-founded Databricks. Before that he was a PhD student and then postdoc in the AMPLab at UC Berkeley, focused on large scale distributed computing and cluster scheduling. He co-created and is a committer on the Apache Mesos project. He also worked with systems engineers and researchers at Google on the design of Omega, their next generation cluster scheduling system. More recently, he developed and led the AMP Camp Big Data Bootcamps and first Spark Summit, and has been contributing to the Spark project.

Patrick Wendell is an engineer at Databricks as well as a Spark Committer and PMC member. In the Spark project, Patrick has acted as release manager for several Spark releases, including Spark 1.0. Patrick also maintains several subsystems of Spark's core engine. Before helping start Databricks, Patrick obtained an M.S. in Computer Science at UC Berkeley. His research focused on low latency scheduling for large scale analytics workloads. He holds a B.S.E in Computer Science from Princeton University

Matei Zaharia is the creator of Apache Spark and CTO at Databricks. He holds a PhD from UC Berkeley, where he started Spark as a research project. He now serves as its Vice President at Apache. Apart from Spark, he has made research and open source contributions to other projects in the cluster computing area, including Apache Hadoop (where he is a committer) and Apache Mesos (which he also helped start at Berkeley).

4.2 out of 5 stars
4.2 out of 5
194 global ratings
How are ratings calculated?
To calculate the overall star rating and percentage breakdown by star, we don’t use a simple average. Instead, our system considers things like how recent a review is and if the reviewer bought the item on Amazon. It also analyses reviews to verify trustworthiness.

Daniel
3.0 out of 5 stars A good foundation, but already outdated
Reviewed in the United Kingdom on 29 January 2018
Verified Purchase
The writing itself is good, relatively concise and uses simple, almost conversational language to describe Spark. The focus is on using Spark, at an Entry level, with examples covering the three main Spark languages: Scala, Python and Java.

The content is clearly outdated, with RDDs used as the most frequent data abstraction and Data frames/Datasets left as an afterthought. There are some gems in here that you won't find explicitly mentioned online, but it isn't intended to be a deep-dive or best practices book.

I'd recommend this book for people interested in understanding the fundamentals that Spark is built upon, and how current Spark releases have developed since 2015.

However, I would generally recommend waiting for the soon-to-be-released 'Spark: The definitive guide', which will provide a much more thorough and up to date guide. If you want more specific knowledge about spark internals (I would recommend that any spark user should), best practices and optimisations then buy 'High Performance Spark' also by Holden Karau instead of this book.
Read more
2 people found this helpful
Report abuse

MJ
3.0 out of 5 stars It's not a bad book, but not sure I can recommend it ...
Reviewed in the United Kingdom on 15 May 2015
Verified Purchase
1. Don't buy the paperback verson as the blurb on the Amazon site says " Recently updated for Spark 1.3" but the paperback isn't as I found out when I received it.
2. Most of the material in this book is available online at the Apache Spark website.

It's not a bad book, but not sure I can recommend it as it doesn't add much beyond what is freely available.
Read more
4 people found this helpful
Report abuse

Aber das gehört leider zu IT Bücher dazu aber dennoch ist dies ein Super Buch.
Read more
Report abuse
Translate review to English
See all reviews
Back to top
Get to Know Us
Make Money with Us
Let Us Help You
And don't forget:
© 1996-2021, Amazon.com, Inc. or its affiliates