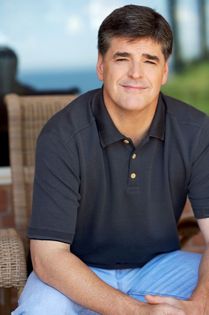 Releases March 2, 2021. Pre-order Beyond Order: 12 More Rules for Life now with Pre-order Price Guarantee.
If the Amazon.com.au price decreases between your order time and the end of the day of the release date, you'll receive the lowest price. Order now
click to open popover
Tell the Publisher!
I’d like to read this book on Kindle

Sean Hannity, the hottest talk-radio personality in the country, is the host of Fox News Channel''s Hannity & Colmes, the number one debate program on cable television today, and ABC radio''s The Sean Hannity Show, which is heard on four hundred stations by more than twelve million listeners. His first book, Let Freedom Ring, rode the New York Times bestseller list for seventeen weeks. Hannity lives on Long Island, New York, with his wife and children.

TDBRLVR
5.0 out of 5 stars Love Sean Hannity
Reviewed in the United States on 3 October 2015
Verified Purchase
Love Sean Hannity! He's one of the few people I know that's at least as patriotic as I am and perhaps a tad moreso! Very little goes out of date with Sean. It doesn't matter when it was recorded - buy it!
Read more
Report abuse
See all reviews
Get FREE delivery with Amazon Prime
Prime members enjoy FREE Delivery and exclusive access to movies, TV shows, music, Kindle e-books, Twitch Prime, and more.
> Get Started
Back to top
Get to Know Us
Make Money with Us
Let Us Help You
And don't forget:
© 1996-2020, Amazon.com, Inc. or its affiliates