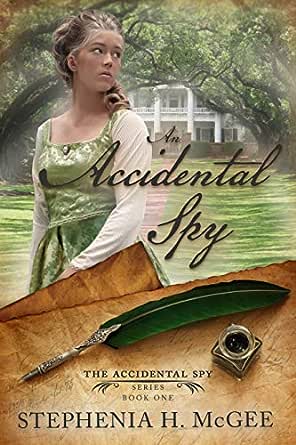 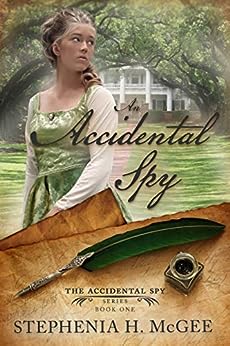 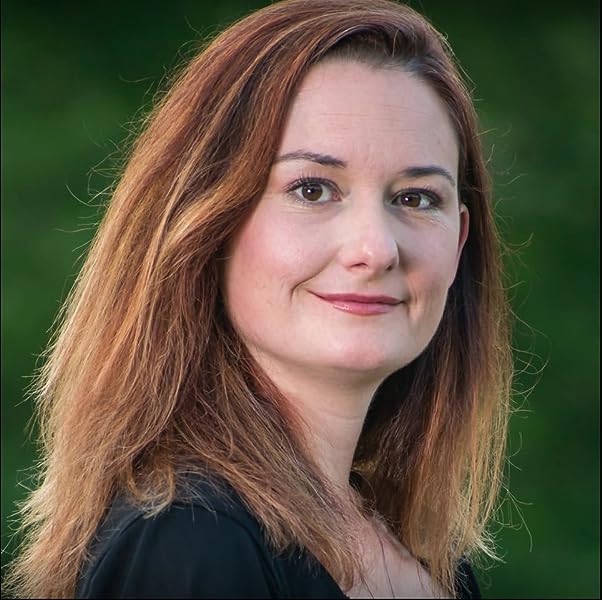 Award winning author of Christian historical novels, Stephenia H. McGee writes stories of faith, hope, and healing set in the Deep South. When she's not reading or sipping sweet tea on the front porch, she's a homeschool mom of two boys, writer, dreamer, and husband spoiler. Stephenia lives in Mississippi with her sons, handsome hubby, two dogs, and one antisocial cat. Visit her at www.StepheniaMcGee.com for books and updates. --This text refers to the paperback edition.

Julia
3.0 out of 5 stars I hate to be continued story lines!!!!
Reviewed in the United States on 9 August 2020
Verified Purchase
I actually had been enjoying this story and especially since it made me recall the movie about Mary Surratt and her sons and the other Lincoln conspirators. There were quite a few typos and grammatical errors, but beyond that the story itself was going along nicely until I found out that I would have to buy two more books before it came to a final conclusion. Also, since I don't plan on buying said books, I guess I won't find out whether George has survived and what about the conspirators being caught and tried for treason? At least that was so in real life for the ones caught. I think John skipped out to Canada. Anyway, because I hate stories that leave you with a cliff hanger, I'm not happy with this book's outcome in book 1.
Read more
3 people found this helpful
Report abuse

Rebecca Maney
4.0 out of 5 stars Fascinating Civil War Story!
Reviewed in the United States on 30 April 2017
Verified Purchase
"To get your brother back, you need leverage."

Captain Matthew Daniels never imagined that the kind of leverage he was being offered, in order to find his imprisoned brother George, was the kind that could cost him his life and misrepresent him as a traitor to the Confederacy. How could he have gotten himself mixed up in such a scheme? Not only that, a beautiful young woman, a "Miss Smith", has unknowingly gotten herself involved as well, serving as a messenger in a dangerous game of coded missives. The blond spitfire seems to straddling both sides of the same fence, what Daniels wants to know is, just what does she have in mind?

Annabelle Ross is desperate to escape her step-grandfather's nefarious plans for an arranged marriage to his despicable son, ultimately confiscating her inheritance, and ruining Annabelle's chances for the kind of future that her father wanted her to have. Already their once beautiful Mississippi plantation had been mercilessly plundered by Union troops, and more recently served as a makeshift hospital for the wounded on both sides of the nation's bloody civil war. Her only hope arrives in the form of a delivery, hopefully sending her closer to her true uncle who can save her from the clutches of an unwanted suitor. How could she have known the cyclone of events that would ensue or that a face from her past would continually resurface?

"Leveraging Lincoln" is really quite fascinating, as the author skillfully weaves a complicated web of conspiracy in and out of history, with both fictional and actual characters intersecting beautifully in a tale that could easily be believable. What a great story, . . . . which has only just begun.
Read more
4 people found this helpful
Report abuse

Kathy001
5.0 out of 5 stars Great Historical Fiction
Reviewed in the United States on 30 August 2016
Verified Purchase
I love history. I studied it in college. Civil War history is some of my favorite. Having lived in areas a lot of Civil War battles happened in and visited many historic places I love to read books about them. I didn’t know what to expect from a book about such a famous figure as Abraham Lincoln. I was pleasantly surprised with this book. I actually bought the other two from the series when I finished this one.
The story is about a young woman, Annabelle Ross, who finds herself way in over her head. She accidentally gets involved with conspirators plotting to kidnap the president. The whole scenario seems crazy, but the way she accidentally stumbled into such a mess intrigued me. When she gets in trouble she finds herself “rescued” by Matthew Daniels a Confederate officer.
She herself is a Southerner, but she has abolitionist tendencies. She has a terrible home situation due to the war and greedy relatives. She is trying to escape an arranged marriage when she finds herself traveling across state lines and into the North with a band of deserters gunning for the president. I love all the trouble she gets into. She lies and all kinds of things digging herself deeper into messes, but she has what she feels is best in mind as she does this. She tries so hard to do the right thing but finds it to be difficult at best.
This book series had me googling different events mentioned and plots against Lincoln to learn more about the truth behind the fiction. The story has a lot of truth to it even though Annabelle and her involvement are fictional. I particularly love the quotes from John Surratt's​ journals at the start of each chapter.

If you're after realistic historical fiction in the Civil War era,
put Stephenia McGee's Liberator series on your wishlist!

With a colorful cast of characters and multiple plots going, you won't want to stop after reading the first book.

....and in a few moments Annabelle found herself trailing a group of soldiers, who were more likely to be spies, into a cold morning
and down the road that would lead her ever farther from home.
e-book version, page 203

...."I don't like the looks of what's goin' on here.
Something's up with this whole thing.
They's plannin' somethin'.
I just know it."
Peggy
E-book version, page 257

Annabelle is strong, stubborn, and a challenge to men.
Peggy is the nosy friend who always knows how to get to the truth (and a lousy horseback rider).
Matthew is a soldier who will fight for those he loves ... even if he is branded a traitor and deserter to do it.
Other characters fall in the "love to hate" category,
such as "Grandfather" and O'Malley.
From a plantation used as a field hospital to battle to the 2nd inauguration of Lincoln,
each plays a part in the future of a country that hangs on a thread....

I'm looking forward to reading the other two books in this series!
Read more
3 people found this helpful
Report abuse

E. Lopez
5.0 out of 5 stars Gripping Civil War novel.
Reviewed in the United States on 27 November 2015
Verified Purchase
The Civil War. Lincoln. Conspiracy. Annabelle Ross, beautiful Southern girl with Unionist leanings and her friend Peggy (former slave) get caught up with a group of men planning to kidnap the President of the United States. Matthew Daniels, soldier in the Confederate Army along with his brother George (who ends up captured by the Yanks). Matthew will do anything to secure his brother's freedom. Even desert. Even get involved in a plot he doesn't understand. There's romance, but it's not the romance which drives the story. Don't start reading this book until you have a block of time because once you start, you won't want to stop. Right now I'm counting the days to the release of book 2 in Summer 2016. While you wait, read Stephenia Magees previously published novels. You can't go wrong reading this gifted author's books.
Read more
6 people found this helpful
Report abuse
See all reviews
Get FREE delivery with Amazon Prime
Prime members enjoy FREE Delivery and exclusive access to movies, TV shows, music, Kindle e-books, Twitch Prime, and more.
> Get Started
Back to top
Get to Know Us
Make Money with Us
Let Us Help You
And don't forget:
© 1996-2021, Amazon.com, Inc. or its affiliates