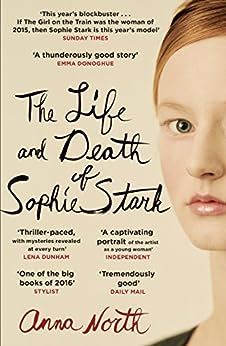 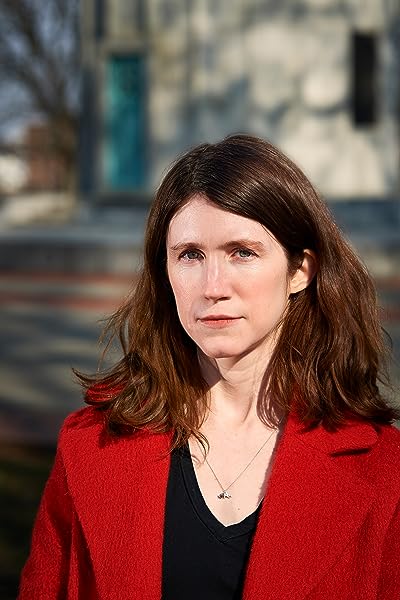 The Life and Death of Sophie Stark Kindle Edition

Anna North is a fiction and non-fiction writer. She is the author of America Pacifica. She has been a writer and editor at Jezebel, BuzzFeed, and Salon, and is now a staff editor at the New York Times.

Roger Wayne hails from small-town Minnesota. He served in the Air Force as a broadcast journalist in South Korea before obtaining his BA in communications and journalism. Roger has recorded for video games, animation, and commercials, and he loves making books come to life. You can see what he's up to at rogerwayne.com.

Amanda Dolan is a New York City-based actor. She has an MFA from Brown University and tries to put it to good use as often as she can. In addition to acting, Amanda works as a theater educator and a musician. --This text refers to an out of print or unavailable edition of this title.

"Norths engrossing second novel portrays with painful clarity the life of a flawed but highly talented artist." ---Library Journal Starred Review --This text refers to an out of print or unavailable edition of this title.

I read The Life and Death of Sophie Stark with my heart in my mouth. Not only a dissection of genius and the havoc it can wreak, but also a thunderously good story.Thriller-paced, with mysteries revealed at every turn. The great mystery at the centre is Sophie Stark, a totally unforgettable female anti-hero who conforms to absolutely none of our expectations and suffers deeply for it. - Lena DunhamNorth is a natural, butter-smooth storyteller.Unfolds with pace and intrigue, creating a highly readable portrait of an artist through the eyes of those she loved, used, immortalised and damaged - Bookseller --This text refers to the paperback edition.

'If The Girl on the Train was the woman of 2015, then Sophie Stark is this year's model. Anna North's new novel, The Life and Death of Sophie Stark, has been a hit in America, with Lena Dunham describing its protagonist as a "totally unforgettable female antihero". Out now - soon every girl on every train will be reading it' Sunday Times --This text refers to the paperback edition.

Anna North is a journalist working for the New York Times, whose writing has previously appeared in the San Francisco Chronicle, The Paris Review, Jezebel, L, and Buzzfeed. She lives in Brooklyn. --This text refers to the paperback edition.
Read more

3.9 out of 5 stars
3.9 out of 5
153 global ratings
How are ratings calculated?
To calculate the overall star rating and percentage breakdown by star, we don’t use a simple average. Instead, our system considers things like how recent a review is and if the reviewer bought the item on Amazon. It also analyses reviews to verify trustworthiness.

Deborah Cook (@ Debbish dot com)
TOP 1000 REVIEWER
3.0 out of 5 stars An interesting, but not quite riveting read for me
Reviewed in Australia on 25 November 2015
We meet and spend time with Sophie Stark through the eyes of her brother, lovers and colleagues. All ponder how well they knew her: often vacillating between thinking they’ve been able to catch a glimpse into her soul; and finding themselves completely bewildered by her behaviour.

All we readers can really know about Sophie is via what she’s said and what she’s done. And they’re often miles apart.

This was an interesting, but not riveting, read for me. I realise North intends for we readers (and Sophie’s friends) to remain conflicted about the book’s namesake but I did find it a little frustrating that I really didn’t get a sense of her character (or care more about her). I suspect North is implying (and probably not even very subtly) that Sophie…. as she called herself (almost on a whim), really had no sense of who she was. Which was—most likely—her problem.

Read the full (and only slightly longer) review on my blog: http://www.debbish.com/books-literature/the-life-and-death-of-sophie-stark/
Read more
One person found this helpful
Helpful
Report abuse

Blanca
5.0 out of 5 stars Brilliant! Original!
Reviewed in Australia on 19 December 2015
This book... Wow! It was so unexpectedly great! It's relatively simple, yet it's complex. The novel's structure is very unique in that we learn about Sophie through the first person narration of different characters: Allison, who becomes Sophie's lover; Robbie is the younger brother; Daniel is Sophie's; Jacob is a guy in a band, who'll become Sophie's husband and a movie producer, all show different traits of Sophie, who unique and unusual.

I love books where the characters are imperfect and not necessarily good people. Anna North's writing is simple, there's a lot of dialogue, but also inner monologues. All the characters are fully developed, even though the central character is Sophie.

There is so much to ponder and take out of this novel and different ways of looking at things.
The Life and Death of Sophie Stark is like nothing I've read. It stayed with me for a while.

Sergiu Pobereznic (author)
4.0 out of 5 stars Interesting subject told in an interesting way
Reviewed in Australia on 31 December 2015
The only reason this book is not a 5 Star affair is predictability. Towards the end I knew where things were going. But the writing is good. Certainly no complaints there.
The protagonist character ( a film maker) is unveiled through a series of other characters' confessionals. Simple, yet clever.
The entire thing comes down to the cost, burdens and demands of being a creative individual. The cost to others around her, and to herself.
I liked this book. An interesting subject told in an interesting way.
Sergiu Pobereznic (author)
Read more
Helpful
Report abuse
See all reviews

Georgiana89
4.0 out of 5 stars Interesting style but ultimately a bit lacking in substance
Reviewed in the United Kingdom on 17 September 2018
Verified Purchase
I remember buying this book a few years ago when it first came out and there was a lot of buzz around it. Somehow, I forgot to read it, and all the buzz never seemed to materialise into it becoming huge. Once I randomly started reading it, I finished it fast. The plot is very thin, but the writing and the supporting characters pull you along.

The format is a little bit like A Visit from the Goon Squad, though a bit less adventurous with style and structure. Each chapter is almost like a standalone short story, each told from the point of view of and focussed on a different character. The connecting factor is the titular Sophie Stark, a burgeoning film director with a very strange approach to emotional boundaries, relationships, and her interactions with other people. Each of the chapters is about that character’s with Sophie, which in most cases involves them becoming a little obsessed with her and her knowingly or unknowingly taking advantage of them in order to create her art.

Sophie is not particularly likeable or very easy to identify with, but for the most part, she’s a fairly sympathetic character, which makes the occasions where she really crosses a line extra jarring. The narrator characters all have some interesting personalities and backstories, and learning about their lives is probably the most interesting part of the novel.

Overall, I thought this was well done, but once I finished, I was left with a slight sense of “is that it?” which wouldn’t make me rush to re-read or to recommend to others.
Read more
One person found this helpful
Report abuse

Lola
4.0 out of 5 stars "I imagined her mind as a thick forest where animals darted, hunted, hid."
Reviewed in the United Kingdom on 20 July 2016
Verified Purchase
"The Life and Death of Sophie Stark" by Anna North is more Jennifer Egan than Anna Klein and her "The Girls" could ever be. Moody, eerie, melancholic and beautiful. It is a standout portrait of a young artist and the art (or curse) of loving through movies.
If you let it ask you questions - there would be so many!

Is storytelling possible without stealing from others? Is this ethical?
Is personal sacrifice necessary to create good art?
And the question that bothers me... Which character is ultimately the most betrayed?

All of the narrators tell the story of intangible Sophie Stark. And once you finish the book you realize what you heard was spoken with one voice - author's limitation? And then I thought, maybe it's that other script written by Sophie. You have to read the book to understand - but what an ingenious twist it would be.

J. Webb
4.0 out of 5 stars Great Debut novel
Reviewed in the United Kingdom on 6 April 2016
Verified Purchase
Really enjoyed this novel. I came across the book when I was looking for something else and remembered that the Guardian had given it a good review. It has multiple narrators, something I sometimes find annoying - but didn't in this book. Each narrator talks about their experience/relationship with Sophie Stark a young experimental film maker. This would be cheesy if each told how she died, but there is no mention of it until near the end. I liked the characters and found the voices mostly convincing. I read it pretty much in one go because I wanted to know what happened next. I would definitely read something by Anna North again.
Read more
Report abuse

Book Addict
4.0 out of 5 stars A portrait of unacknowledged mental illness.
Reviewed in the United Kingdom on 26 March 2016
Verified Purchase
Sophie Stark's greatest creation was herself. Yet her invention was flawed, because the inevitable consequence for a character like Sophie Was that she couldn't live in this world. The character of Sophie was well written and compelling, in a wanting to bang your head against a wall way. It was clear that Sophie had some sort of personality disorder, but like the elephant in the room no one mentions it. A well-written read, but just a little too depressing to say I 'love' it (5 stars) so a respectable 4 instead.
Read more
One person found this helpful
Report abuse

Helen
1.0 out of 5 stars Rather watch paint dry.
Reviewed in the United Kingdom on 6 May 2019
Verified Purchase
Horrendous book. Myself and a friend tried to read it. Both failed. Couldn’t cope with poor writing. Very strange story. Give it a wide berth. Rather watch paint dry!
Read more
Report abuse
See all reviews
Back to top
Get to Know Us
Make Money with Us
Let Us Help You
And don't forget:
© 1996-2021, Amazon.com, Inc. or its affiliates