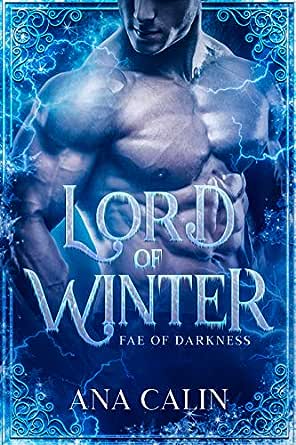 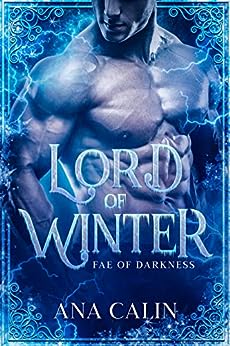 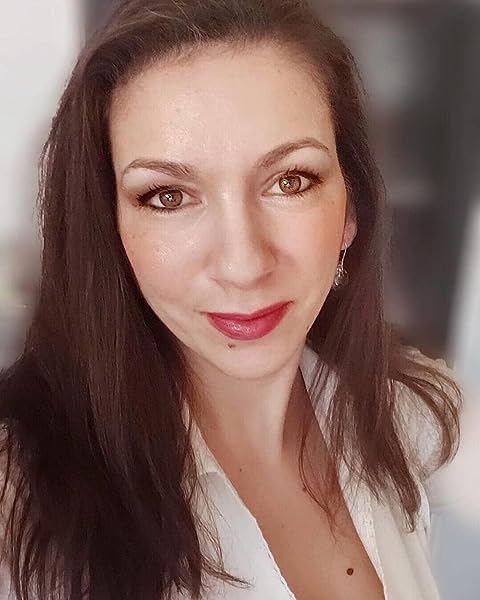 Lynall
TOP 500 REVIEWER
5.0 out of 5 stars Loved it
Reviewed in Australia on 21 December 2019
This book is awesome, the lord of winter is a really arrogant, uncaring, a**shole, his character is so well written you just totally dislike him. Arielle is half Fae, she is abducted, and thrown in a dungeon for the crime of using magic in the mortal realm. BUT, she is a descendant of the seagod, and a bargaining chip in an ages old war. The story is exciting and engaging, and impossible to put down. The only problem is that it ends on a huge ‘to be continued’ and now I have to wait for the next book to be released
Read more
Helpful
Comment Report abuse
See all reviews

SBee Reviews
4.0 out of 5 stars ★ Beginnings of an intriguing Fae series ★
Reviewed in the United States on 11 May 2020
Verified Purchase
Lately, I was itching for a Fae romance, and I found the beginnings of an intriguing series in this book, featuring Arielle de Saelaria who gets caught using Fae powers (very much prohibited) in the human world and earning money off her clients to pay her student loans. Unfortunately, Arielle was taken and imprisoned by the coldly beautiful and equally deadly King Lysander Nightfrost himself, Lord of the Winter Realm, the one Fae powerful enough to keep all the other realms in check, especially the Fire or Hell realm. When her name is brought to the Winter Council's attention, that is when the action begins to take off between an ancient Fae King and a half-Fae But in the Flipside, which mirrors the mortal world, Arielle’s being found can finally mean an end to the cold war with King Xerxes and the constant struggle between their kingdoms of fire and ice, because he wants her. The good news was Arielle was no longer going to be jailed for her crimes. The bad news was she was going to be used as the Winter Court's pawn...and sacrificed for their greater good instead. It may be way too late when Lysander realizes he wants to keep the one female who can turn his ice and steel molten, because he will do all he can to set her free as she wishes. How far she will get from this whole nightmare of a situation is another story. Really looking forward to continuing this series!
Read more
4 people found this helpful
Report abuse

Jennifer Soppe
5.0 out of 5 stars I can’t wait to read more
Reviewed in the United States on 25 December 2019
Verified Purchase
Arielle, a half fae hiding in the human world, is taken by Lysander, Lord of Winter, to the flipside to face punishment for he crimes. As the story progresses long buried truths surface, trials are faced, and a literal deal with the devil hangs in the balance. Ana Calin’s latest glimpse of her Hidden World takes us deeper than we’ve been previously. With each foray we travel, the characters and world come to life forcing the reader to put aside reality and delve into the depths of her imagination. I can’t wait to read more from her Fae of Darkness series.

I received a free copy of the book from the author. I had the opportunity to review or not.
Read more
5 people found this helpful
Report abuse

Cecilia Rodriguez
1.0 out of 5 stars Urban fantasy
Reviewed in the United States on 14 April 2020
Verified Purchase
The pace of Calin's is to fast. The story is already in progress at the first paragraph.
The characters lack development.
There are good ideas that are not "fleshed out."
Read more
3 people found this helpful
Report abuse

Jeanette Whetzel
5.0 out of 5 stars Gripping Fae Romance
Reviewed in the United States on 10 February 2020
Verified Purchase
I loved this book and could not stop reading until I finished the book. Broke my heart I had to wait for book two to see what happens next between the Winter King and the Water Princess who is a half human and half fae but is well worth the buy! Full of suspense and a dark shattered love. A fantasy word unequaled told that I have read in some time. A wonderful theme. I cannot wait to buy the next book to finally see what happens.
Read more
Report abuse

AndreaO
5.0 out of 5 stars King choices
Reviewed in the United States on 22 December 2019
Verified Purchase
Really dynamic story with many unexpected turns. When You start reading this book You couldnt put it down because it sooo good. In the story is part of ancient legend and part of Little Mermaid include and the result is great book. I cannot wait to read second book in the series.
Read more
Report abuse
See all reviews
Get FREE delivery with Amazon Prime
Prime members enjoy FREE Delivery and exclusive access to movies, TV shows, music, Kindle e-books, Twitch Prime, and more.
> Get Started
Back to top
Get to Know Us
Make Money with Us
Let Us Help You
And don't forget:
© 1996-2020, Amazon.com, Inc. or its affiliates