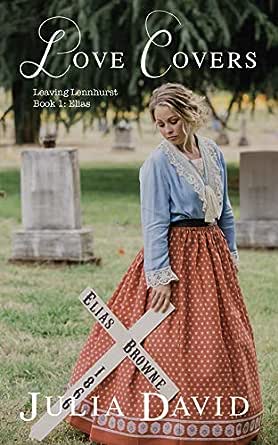 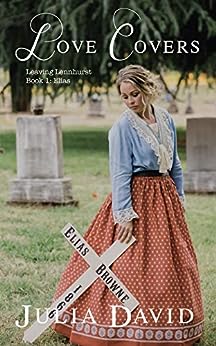 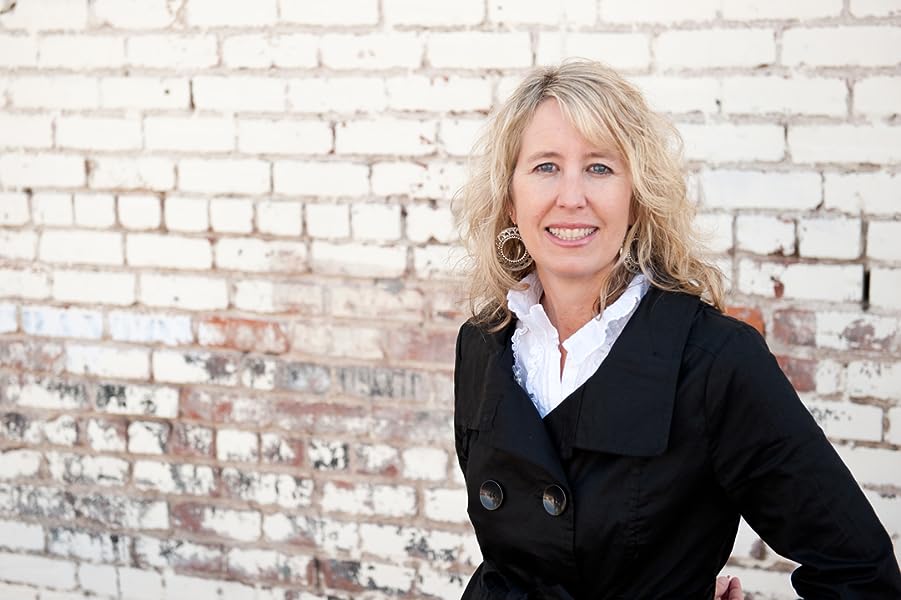 With soul and spirit, Julia David leads you on a journey beyond boy meets girl. Real emotions, real challenges, and real attraction draw her characters right into your heart. Escape, unplug and let go into another time and place. Julia is an inspirational author, daughter, wife, mother, and grandmother to a big, imperfect family that relies on a perfect God. Find more at juliadwrites.com --This text refers to the paperback edition.

4.5 out of 5 stars
4.5 out of 5
100 global ratings
How are ratings calculated?
To calculate the overall star rating and percentage breakdown by star, we don’t use a simple average. Instead, our system considers things like how recent a review is and if the reviewer bought the item on Amazon. It also analyses reviews to verify trustworthiness.

Articulate Craft
2.0 out of 5 stars Interesting
Reviewed in the United States on 7 December 2018
Verified Purchase
Interesting tale of wagon trails and blossoming love. But, authors, please please please edit your work! So many editing mistakes such as unclosed quotation marks, a multitude of simple spelling errors (eg peak instead of peek) characters names changing back and forth (Ida Mae/Ida Bell), spelling of character's names (Chrystal/Crystal) etc. Maddening to readers, and shows little respect for them or your own work.
Read more
28 people found this helpful
Report abuse

J
4.0 out of 5 stars Unique, Clean Historical Fiction Romance
Reviewed in the United States on 13 October 2018
Verified Purchase
If Elias and Lauren had a tagline, it would probably be "desperate times call for desperate measures." Each has survived extreme difficulties and unusual family situations since childhood, but they have only barely survived. At the start of the book, they are frayed and hollow. Their plot to join a wagon train heading west is a desperate attempt on Lauren's part to make a better life for herself and reconnect with her mother and sister, and on Elias's part his way of repaying a debt he owes Lauren.

I have raved before about this author's creation of wonderful characters before, and I will do it again. Lauren and Elias start out as people I would want to steer clear of: Lauren is bitter, brash, desperate and empty, and I must admit that if I faced her as she is in the opening pages I would be at a loss as to how to interact with her. Elias is a wanted criminal, and I did not share Lauren's sympathies or hope towards him. As they travel on the wagon train, however, they begin to change. As they experience freedom, dependable friends, and prairie air they are also introduced to God in a way they had not known possible. While the Gospel is never clearly presented and I have a few niggling issues with the way theology is used and almost manipulated for certain situations, the foundation is there and is what Lauren and Elias need most.

Of course, as Lauren and Elias spend so much time together and learn each other's personalities in new ways, they fall in love. The romance and respect displayed is admirable in a situation where those around them already believe them married. It understandably takes the entire journey to break down the walls and fears created by their past experiences and self-preservation; I appreciate that their romance is not sudden, and that they must work together to figure out how things are going to work. Furthermore, Elias respects Lauren's mother and her requirement that he wait to marry Lauren once they reach the end of their trail. This proves an uncommon maturity and loyalty, despite the fact that he lacked examples of anything positive in his childhood.

Diversity is also a major component of this story. For example, Lauren is the daughter of a mortician, which is not exactly the most common back story. Elias grew up in an asylum without his parents. Lauren's parents are separated, which is rare for the time. In the wagon train alone there are Mormon sister wives, an African American couple transporting former slave families to new lives, and a family wanting to breed and raise dogs for money. None of these things are common in historical romance stories, though they certainly are realistic. These characters are well written, too; although some are not as fleshed out as others, such is the nature of a story. The reader learns some about each situation, but not everything. The representation adds rich support to the story.
Read more
12 people found this helpful
Report abuse

SCG
5.0 out of 5 stars Thought provoking
Reviewed in the United States on 19 August 2020
Verified Purchase
I usually don’t write reviews but this series was so thought provoking and the stories so different from the usual wagon train and historical romance. The people were so complex and their backgrounds so different. I read all 3 of the books in this series and I was drawn in by each one. If you want to read books about hardships and unbelievable backgrounds of each person that eventually turns into true love. I loved each book. I can’t pick a favorite. They are first I’ve read by this author and I will definitely seek out more of her books.
Read more
One person found this helpful
Report abuse

swavelykid
5.0 out of 5 stars A different love story
Reviewed in the United States on 8 August 2020
Verified Purchase
I love the premise of Elias and Lauren’s story. An outlaw waking up in the morgue and the woman mortician who saves him.
Is a wasted life worth saving? Can a dead man rise above his circumstances to be the man he was always meant to be?

This is a tender tale of unconditional love and redemption. Two misfits who find that they fit perfectly together as they travel to the western territories.

All the characters had their own distinct personalities that added to the overall feeling of the story. I recommend it.
Read more
One person found this helpful
Report abuse

Lynn T
4.0 out of 5 stars A very unique romance
Reviewed in the United States on 10 August 2020
Verified Purchase
After a strange and unique beginning to the story, there follows a wagon train romance. Two people with emotional problems from a troubled childhood find understanding and romance. I liked the story, I doubt there has ever been one like this! Although the story and characters were well written, there were a lot of errors that needed editing. I have read the other 2 books in this series, and there were very errors in them.
Read more
One person found this helpful
Report abuse
See all reviews
Get FREE delivery with Amazon Prime
Prime members enjoy FREE Delivery and exclusive access to movies, TV shows, music, Kindle e-books, Twitch Prime, and more.
> Get Started
Back to top
Get to Know Us
Make Money with Us
Let Us Help You
And don't forget:
© 1996-2021, Amazon.com, Inc. or its affiliates