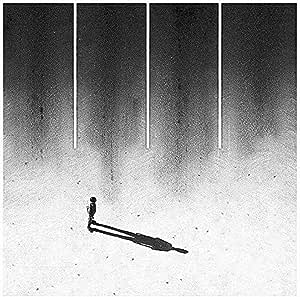 Secure transaction
Your transaction is secure
We work hard to protect your security and privacy. Our payment security system encrypts your information during transmission. We don’t share your credit card details with third-party sellers, and we don’t sell your information to others. Learn more
Details
Ships from
Amazon AU
Sold by
Amazon AU
New (7) from
$13.40 FREE Delivery on first order.

The beginnings of any band will start with a teething period that can last for a few releases, but after dropping their latest single "Nail Biter" which has clocked up over 67,000 views on YouTube pushing past 25,000 streams on Spotify, and now with response to the first three singles from 'Mono,' it's safe to say Alpha Wolf's teething period is officially over. The Melbourne 5piece has worked tirelessly to create something inherently familiar, yet at the same time unashamedly different. Taking the heavy riffs of their downbeat and deathcore contemporaries, mixing that with the groove of the current wave of numetal bands, and adding a melody that's completely their own Alpha Wolf are carving out their own place in the Australian heavy scene. The band is also the latest addition to the roster of Greyscale Records. Label Manager Joshua Merriel states on the signing "It takes a special kind of band to make a collision of genres sound so seamless, but Alpha Wolf have managed to do just that. We're so excited to see what the future holds for Alpha Wolf, and honoured to be a part of it." Sentiments echoed by Sabian Lynch of Alpha Wolf "Signing to Greyscale has been one of those defining moments in our musical careers that we couldn't have dreamed of happening this time last year or ever. Having people such as Ash and Josh backing our music is the greatest feeling and we are very excited for our future teamed with Greyscale."

There are 0 customer reviews and 7 customer ratings.
Back to top
Get to Know Us
Make Money with Us
Let Us Help You
And don't forget:
© 1996-2021, Amazon.com, Inc. or its affiliates