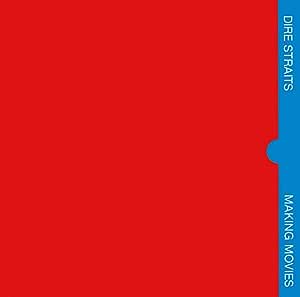 Secure transaction
Your transaction is secure
We work hard to protect your security and privacy. Our payment security system encrypts your information during transmission. We don’t share your credit card details with third-party sellers, and we don’t sell your information to others. Learn more
Details
Ships from
Amazon AU
Sold by
Amazon AU

Vinyl LP pressing of this 1980 album from the British Rock band led by guitarist/vocalist Mark Knopfler. When their self-titled debut album was released in 1978, the band garnered plenty of attention but it took another seven years before BROTHERS IN ARMS turned them into global superstars. After one more studio album, the band split up but they left behind a lasting legacy that continues to be embraced by new fans and new generations every year.

4.7 out of 5 stars
4.7 out of 5
977 global ratings
How are ratings calculated?
To calculate the overall star rating and percentage breakdown by star, we don’t use a simple average. Instead, our system considers things like how recent a review is and if the reviewer bought the item on Amazon. It also analyses reviews to verify trustworthiness.

Og Oggilby
4.0 out of 5 stars Third winner in a row - Making Movies, Music, and History!
Reviewed in the United Kingdom on 9 September 2016
Verified Purchase
The third Dire Straits album, and the one where Mark Knopfler really starts to get ambitious with the band's sound and style - produced by Knopfler and Jimmy Iovine, side one (we're talking vinyl here!) consists of three of the finest songs of his career - 'Tunnel of Love', 'Romeo and Juliet', and 'Skatewaay'. 'Tunnel of Love' is a fantastic song, a brilliant example of Knopfler blending his very parochial lyrical approach - references to 'Cullercoats to Whitley Bay', and the now long-gone Spanish City amusement park of Whitley Bay, obviously favoured haunts of his North East of England upbringing - with a very widescreen, lavish, and very American production sound. Roy Bittan, keyboard player with Bruce Springsteen's E Street Band, adds some lyrical piano to the song, and it's also a great example of the band's dynamics, dipping from clanging guitar chords to lyrical, hushed moments.

'Romeo and Juliet' is one of Knopfler's finest, most heartfelt and moving ballads, with a feel reminiscent of the early 60s 'Spanish Harlem' type record productions. Doesn't matter how many times you hear it, it still sounds fresh and emotive.

'Skateaway' is less focused as a song, but its still a dynamic and finely constructed piece, greatly absorbing and . Side 2 ain't bad, either - if you don't already have this album, I suggest you get it. I like the later Dire Straits albums less rousing- but their first three albums are a trio of at times casually brilliant rock and roll, and they don't sound dated at all.
Read more
13 people found this helpful
Report abuse

Suzanne Mead
5.0 out of 5 stars BUY THIS IF YOU LOVE REAL MUSIC
Reviewed in the United Kingdom on 17 December 2018
Verified Purchase
If you like Dire Straits you have taste. Buy this cd and Alchemy.

Best early Dire Straits album ever. One of the first.

Takes me back to my 20’s. I’m now 56. Kids today should listen to music like this instead of rap crap. These bands used to pack stadiums, and every juke box had their music playing when we shot pool and played darts.

LT
5.0 out of 5 stars Great price
Reviewed in the United Kingdom on 2 May 2020
Verified Purchase
I already have the album on 44.1KHz 16bit, but having acquired a few Dire Straits sacds and ripped them to dsf I wanted to complete the line up. Its a beautifully packaged disc, although cardboard sleeves are a bit naff, but as its now on my hard drive I doubt I will be using the original disc anytime soon. Tope notch mastering and although expensive comapared to what they were knocking out sacd disc for ten years ago its worth the extra.
Read more
2 people found this helpful
Report abuse

crackedactor
4.0 out of 5 stars Great album that has aged well
Reviewed in the United Kingdom on 6 March 2020
Verified Purchase
Their third album delivers on the promise of the first two. The opening track 'Tunnel of love' is sheer quality. The only reason I gave this album four instead of five stars is there is one track I'm not keen on. But that's only my taste.
Read more
Report abuse