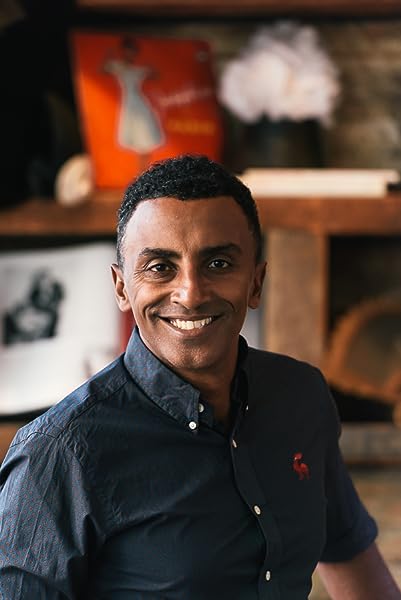 Marcus Off Duty: The Recipes I Cook at Home Hardcover – 1 December 2014

by SAMUELSSON MARCUS (Author)
4.6 out of 5 stars 290 ratings
See all formats and editions
Sorry, there was a problem loading this page. Try again.

Page 1 of 1 Start overPage 1 of 1
Previous page
Next page
Start reading Marcus Off Duty: The Recipes I Cook at Home on your Kindle in under a minute.

4.6 out of 5 stars
4.6 out of 5
290 global ratings
How are ratings calculated?
To calculate the overall star rating and percentage breakdown by star, we don’t use a simple average. Instead, our system considers things like how recent a review is and if the reviewer bought the item on Amazon. It also analyses reviews to verify trustworthiness.

Gurrman
5.0 out of 5 stars Good Book, Great Chef
Reviewed in the United Kingdom on 25 December 2016
Verified Purchase
Can't wait for next one !
Read more
One person found this helpful
Report abuse

K Wardle
1.0 out of 5 stars Recipes aren't linked in the Kindle version
Reviewed in Canada on 18 February 2020
Verified Purchase
There is a detailed index at the end of this book (the Kindle version) but there are no links attached. So I can't just click on the title of the recipe to have it take me directly to the recipe. Without that I will have to scroll through the entire book until I find the recipe I want.
Read more
7 people found this helpful
Report abuse

wyatt
5.0 out of 5 stars Easy to make at home.
Reviewed in Canada on 3 November 2016
Verified Purchase
All of recipes are filled with imagination and I cannot wait to try them.
Read more
2 people found this helpful
Report abuse

Amari
3.0 out of 5 stars It's Okay
Reviewed in Canada on 5 January 2016
Verified Purchase
I'm still working my way through this book. I find it more interesting to read the stories around being a chef than making the recipes -I have only made one recipe so far but I'll see what happens in the future.
Read more
One person found this helpful
Report abuse
See all reviews
Back to top
Get to Know Us
Make Money with Us
Let Us Help You
And don't forget:
© 1996-2021, Amazon.com, Inc. or its affiliates