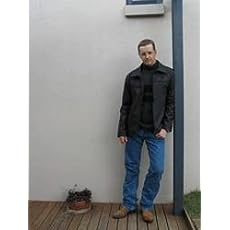 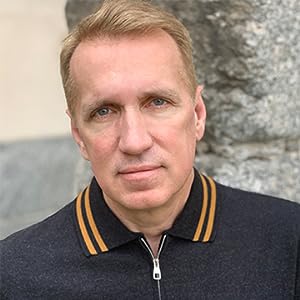 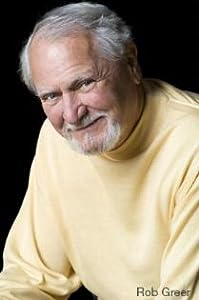 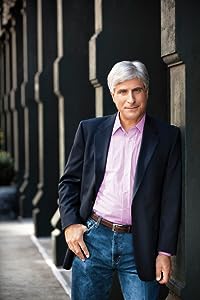 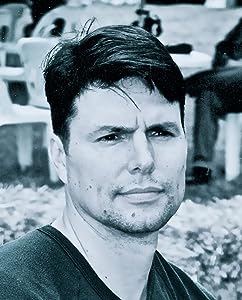 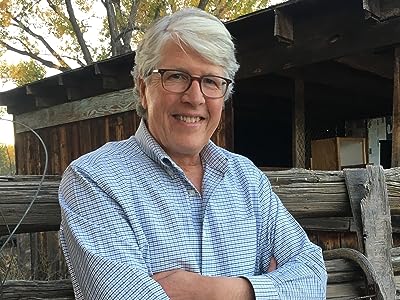 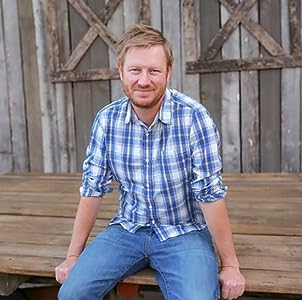 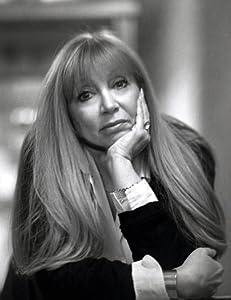 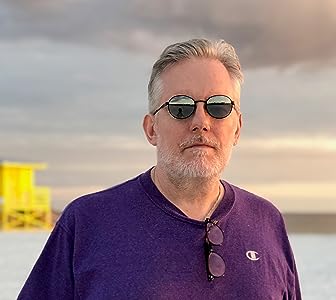 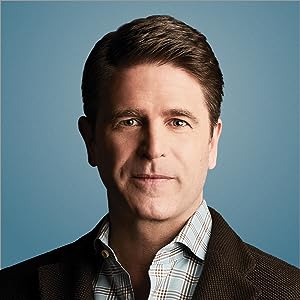 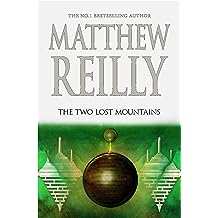 AN INCREDIBLE VICTORY
BUT AT A TERRIBLE PRICE...

Against all the odds, Jack West Jr found the Three Secret Cities but at a heartbreaking cost.

His beloved daughter Lily, it appeared, was slaughtered by Sphinx in a cruel ancient ritual.

TO THE MOUNTAINS AND THE FALL!

With his rivals far ahead of him, Jack must now get to one of the five iron mountains-two of which have never been found-and perform a mysterious feat known only as 'The Fall'.

Although what is this object on the moon that is connected to it?

Amid all this, Jack will discover that a new player has entered the race, a general so feared by the four legendary kingdoms they had him locked away in their deepest dungeon.

Only now this general has escaped and he has a horrifying plan of his own... 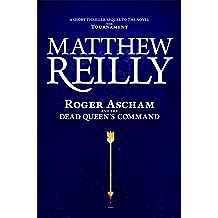 A special sequel to The Tournament from Australia's favourite novelist and the author of both the Scarecrow and Jack West Jr series.

When her life is threatened by an anonymous assassin, the newly crowned Queen Elizabeth I knows there is only one man she can trust to find the killer before he strikes: her unorthodox childhood tutor and mentor, Roger Ascham. 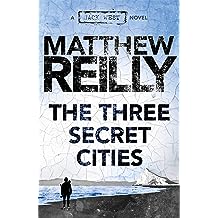 A SHADOW WORLD
BEHIND THE REAL WORLD

When Jack West Jr won the Great Games,
he threw the four legendary kingdoms
into turmoil.

A WORLD WITH ITS OWN HISTORY,
RULES AND PRISONS

Now these dark forces are coming after Jack...
in ruthless fashion.

THAT IS REACHING INTO
OUR WORLD...EXPLOSIVELY

With the end of all things rapidly approaching,
Jack must find the Three Secret Cities,
three incredible lost cities of legend.

It's an impossible task by any reckoning,
but Jack must do it while he is being hunted... 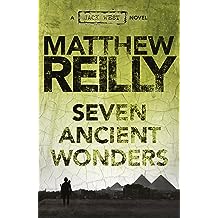 Two thousand years ago, it was hidden within the Seven Wonders of the Ancient World. Now, in the present day, it must be found again...

Captain Jack West Jr - part soldier, part scholar, all hero. The odds are stacked against him and his loyal team: nine brave companions taking on the most powerful countries on earth.

From the pyramids of Egypt to the swamps of Sudan, to the Hanging Gardens of Babylon and the boulevards of Paris: the desperate race begins for the greatest prize of all: the power to end the world or rule it. 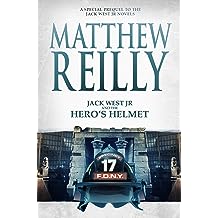 A thrilling short story from Australia's favourite novelist and author of the Scarecrow series and the new Jack West Jr novel The Three Secret Cities.

He is known for his cool head under pressure . . .

. . . and also for the battered fireman's helmet he has worn throughout his adventures.

This is the story of how he got it. 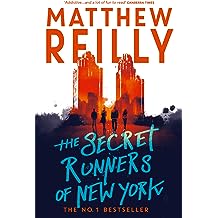 'The windows on all the skyscrapers are smashed...
No power, no lights, no people...
It's a parallel New York of some kind.'

When Skye Rogers and her twin brother Red move to Manhattan, rumours of a coming global apocalypse are building. But this does not stop the young elite of New York from partying without a care.

CAN YOU KEEP A SECRET?

And then suddenly Skye is invited to join an exclusive gang known as the Secret Runners of New York.
But this is no ordinary clique - they have access to an underground portal that can transport them into the future.

And what Skye discovers in the future is horrifying.

RUN! AS FAST AS YOU CAN!

As society crumbles, Skye and Red race to figure out how to use their knowledge to survive the impending annihilation, they soon discover that the chaotic end of the world is perfect time for revenge...


PRAISE FOR THE SECRET RUNNERS OF NEW YORK

'Addictive...extremely entertaining and a lot of fun to read' CANBERRA TIMES

'Thrills and chills aplenty...a hell of a ride' HERALD SUN 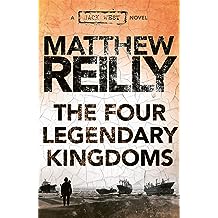 "If you thought [the previous Jack West novels] were page-turners, wait until you read The Four Legendary Kingdoms" West Australian

"A thrilling, action-packed adventure from cover to cover" The Guardian

A RUTHLESS KIDNAPPING
Jack West Jr has been brutally kidnapped. He awakes in a cell to find a masked attacker charging at him with a knife.

THE GREAT GAMES
Jack has been 'chosen' to compete in a series of deadly challenges designed to fulfil an ancient ritual. He will have to traverse diabolical mazes, fight cruel assassins and face unimaginable horros if he - and the world - is to survive.

TO HELL AND BACK
In the process, he will discover the mysterious and powerful group of individuals behind it all: the four legendary kingdoms.

He might also discover that he is not the only hero in this place ... 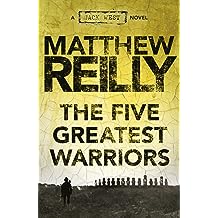 "Thrills and spills galore ... A blinding read." The Sun

Jack West Jr and his loyal team are in desperate disarray: they've been separated, their mission is in tatters, and Jack was last seen plummeting down a fathomless abyss.

After surviving his deadly fall, Jack must now race against his many enemies to locate and set in place the remaining pieces of The Machine before the coming Armageddon.

As the world teeters on the brink of destruction, he will learn of the Five Warriors, the individuals who throughout history have been most intimately connected to his quest.

Scores will be settled, fathers will fight sons, brothers will battle brothers, and Jack and his friends will soon find out exactly what the end of the world looks like... 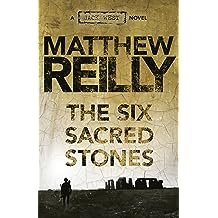 "Get ready for a wild ride" Daily Telegraph

BOOK 2 IN THE JACK WEST SERIES

A mysterious ceremony at a hidden location has unlocked a catastrophic countdown to world annihilation.
Now, to save the world, supersoldier Jack West Jr and his loyal team of adventurers must find and rebuild a legendary device known as 'the Machine'.

The only clues to locating this Machine are held within the fabled Six Sacred Stones, which are scattered around the globe. But Jack and his team are not the only ones seeking the Stones, there are other players involved who don't want to see the world saved at all... 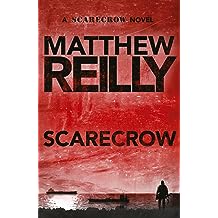 "Reilly's admirers will love this one, and anyone interested in the outer limit of action writing should check it out." Publishers Weekly

BOOK 3 IN THE SCARECROW SERIES

It is the greatest bounty hunt in history. There are 15 targets. And they must all be dead by 12 noon, today. The price on their heads: $20 million each.

Among the names on the target list, one stands out. An enigmatic Marine named Shane Schofield, call-sign: SCARECROW. And he's about to be hunted by gangs of international bounty hunters, including the 'Black Knight', a ruthless hunter who seems intent on eliminating only him.

He led his men into hell in Ice Station. He protected the President against all odds in Area 7.

This time it's different. Because this time SCARECROW is the target. 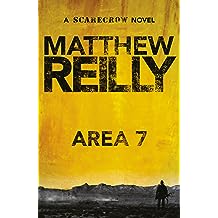 "An exciting romp. The action is nonstop." Library Journal

"Reilly has a gift for sustaining momentum that never lets up." Publishers Weekly

BOOK 2 IN THE SCARECROW SERIES

It is America's most secret base, hidden deep in the Utah desert, an Air Force installation known only as Area 7. And today it has a visitor: the President of the United States. He has come to inspect Area 7, to examine its secrets for himself.

But he's going to get more than he bargained for on this trip. Because hostile forces are waiting inside...
Among the President's helicopter crew, however, is a young Marine. He is quiet, enigmatic, and he hides his eyes behind a pair of silver sunglasses. His name is Schofield. Call-sign: Scarecrow. Rumour has it, he's a good man in a storm. Judging by what the President has just walked into, he'd better be... 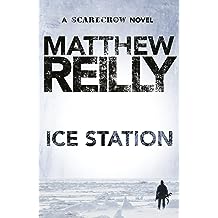 "Some of the wildest and most sustained battles in an action thrilled in a long time...non-stop action, lots of explosions--and a little bit of conspiracy." Chicago Tribune

BOOK 1 IN THE SCARECROW SERIES

At a remote ice station in Antarctica, a team of US scientists has found something buried deep within a 100-million-year-old layer of ice. Something made of metal.

In a land without boundaries, there are no rules. Every country would kill for this prize.

A team of crack United States marines is sent to the station to secure the discovery. Their leader - Lieutenant Shane Schofield, call-sign: SCARECROW. They are a tight unit, tough and fearless. They would follow their leader into hell. They just did...

Read more
Other Formats:: Audible Audiobook , Paperback , Audio CD
includes tax, if applicable
Back to top
Get to Know Us
Make Money with Us
Let Us Help You
And don't forget:
© 1996-2020, Amazon.com, Inc. or its affiliates