$87.22
+ FREE Delivery
Sold by: BuyGlobal
Flip to back Flip to front
Listen Playing... Paused   You're listening to a sample of the Audible audio edition.
Learn more
See all 17 images 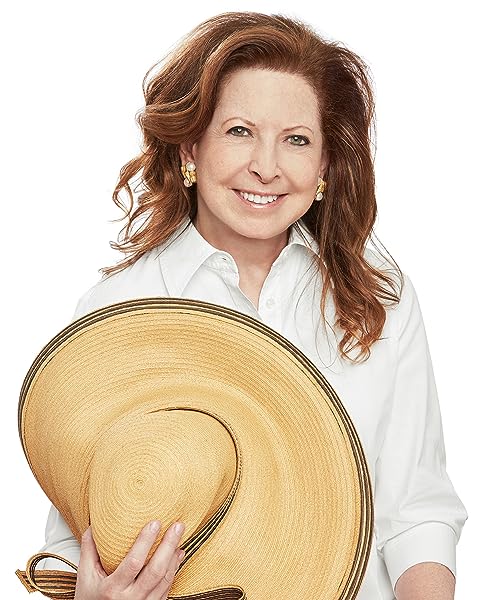 WITH SHORT, COOL summers and wet clay soil, my Vermont garden offers only one of the essentials melon cultivation requires: lots of room. Quel tragique, a French gardener might say, for even a hasty glance at the fruits -- 85 melons and 40 watermelons -- included in Amy Goldman's The Melon will have readers seeking a warm, sunny garden plot with well-drained, sandy loam. While The Melon is large and lavishly illustrated enough to be considered a "coffee-table book," that label would be a disservice because it is also informative, well-written, concise, and clear -- in fact, a first-rate reference book. Tucked between photographer Victor Schrager' s gorgeous, seductive portraits of each melon are carefully researched variety descriptions and histories, advice on growing, primers on saving seeds and hand pollination, and a complete list of seed sources. There's even a thorough explanation of how to tell when melons are ripe, which, reminds us that what you pick is what you get: Melons do not get sweeter off the vine. Goldman trialed 125 melons over nine years on her Hudson Valley, New York, farm. All are stable open-pollinated (OP) varieties whose seeds breed true (produce plants identical to their parent). Most are also heirlooms and date back a century or more. Selected for particular traits-usually by gardeners in a specific region-their seeds have been faithfully handed down from one generation to the next. Eagle-eyed readers may notice that some inclusions have far shorter histories. These varieties, such as the green-fleshed 'Fordhook Gem', are known as "created heirlooms," stable OP varieties developed after 1945. (The year 1945 marks the year hybrids began to be widely used by farmers and home gardeners.) In addition to throwing light on a favorite fruit, The Melon is also a plea for preserving heirloom and OP crops. Goldman is a long-time mainstay of Seed Savers Exchange (www.seedsavers.org), the preeminent seed preservation organization in North America. And who wouldn't want to save flavorful fruits with names like 'Collective Farm Woman' and 'Hero of Lockinge'? Or 'Georgia Rattlesnake, ' the variety Mark Twain may have had in mind when he wrote in Pudd'nhead Wilson that when one tastes a southern watermelon "he knows what the angels eat. It was not a Southern watermelon that Eve took; we know it because she repented." Karan Davis Cutler is a garden writer based in Bridport, Vermont.--Karan Davis Cutler "The American Gardener magazine, Jan/Feb 2020 "

The Melon features gorgeous color photos by Victor Schrager and profiles all kinds of melons; but offers far more depth than just a photo survey alone. It's a resource nine years in the making which gathers the latest research, facts, and ideas about melon growth and natural history, and will appeal to science readers, gardeners, and botany collections alike. Chapters cover each melon's natural history, qualities, and botanical details, with some 200 images packing the book. Tips on choosing and using the melons (as well as growing them in a garden) round out the history and science, while a small selection of melon recipes addresses versatile uses for melon largess. The result is an attractive book that will hold interest beyond specialty audiences, one which will reach into many general-interest collections.--Diane Donovan "Donovan's Bookshelf November 2019 Prime Picks "

Amy Goldman is a gardener, author, artist, and well-known advocate for seed saving, plant breeding, and heirloom fruits and vegetables. Her mission is to celebrate and catalogue the magnificent diversity of standard, open-pollinated varieties, and to promote their conservation. Goldman is described as "perhaps the world's premier vegetable gardener" by Gregory Long, President Emeritus of the New York Botanical Garden. She has authored four books, including three that have earned the American Horticultural Society Book of the Year award: Melons for the Passionate Grower (2002), The Compleat Squash: A Passionate Grower's Guide to Pumpkins, Squashes, and Gourds (2004), and The Heirloom Tomato: From Garden to Table (2008). Most recently she wrote Heirloom Harvest: Modern Daguerreotypes of Historic Garden Treasures (2015), which was illustrated by Jerry Spagnoli. Melons are Goldman's lifelong love and calling. This new book, The Melon, illustrated by Victor Schrager and many years in the making, is a comprehensive and definitive work that includes portraits in words and photographs of 125 extraordinary varieties, expert advice on cultivation and seed saving, and a generous selection of delicious melon recipes.

For more than 30 years Victor Schrager has been a master of still-life photography. Born in Maryland, Schrager grew up in New York City. He earned a BA at Harvard in 1972 and an MFA at Florida State University in 1975. Schrager's photographs explore how different modes of information, especially visual, literary, historical, and scientific, function to produce and communicate knowledge. The works for which he is best known are still lifes composed of layered images and texts--among them reproductions of paintings, maps, magazine pictures, pages from books, and photographic prints--in an investigation of how context structures the meaning of all representations. His work has been exhibited at galleries and museums around the world and is included in the collections of the Museum of Modern Art, Philadelphia Museum of Art, Maison Européenne de la Photographie, the Whitney Museum of American Art, and the Museum of Fine Arts, Houston, among many others. He has received fellowships from the Guggenheim Foundation, the MacDowell Colony, and the National Endowment for the Arts. Schrager has been the principal photographer for three of Amy Goldman's previous three books on vegetables and fruits. He lives in upstate New York.

4.7 out of 5 stars
4.7 out of 5
17 global ratings
How are ratings calculated?
To calculate the overall star rating and percentage breakdown by star, we don’t use a simple average. Instead, our system considers things like how recent a review is and if the reviewer bought the item on Amazon. It also analyses reviews to verify trustworthiness.

Carol A. DeForest
5.0 out of 5 stars The Melon is a beautiful treat
Reviewed in the United States on 21 September 2019
Verified Purchase
The Melon reflects Amy Goldman's long love affair with a vegetable which she first grew in her teens. You can almost smell the melon-y goodness emanating from Victor Schrager 's photographs. Both lush and beautifully composed, his work here is reminiscent of Dutch Golden Age still lifes. Simultaneously voluptuous and practical The Melon explains the differences between classes of melons, clears up misconceptions about them—a cantaloupe is really muskmelon--and reveals heretofore unknown varieties. I fell in love with the Queen Anne Pocket Melon at first sight. If you want to buy them, cultivate them, pollinate them cook with them, drink with them, understand their origins, the information is right here, offered in the lively, yet precise, prose that readers of Goldman's previous four books have come to expect.
Read more
2 people found this helpful
Report abuse

Kindle Customer
5.0 out of 5 stars Melons the world over
Reviewed in the United States on 28 October 2020
Verified Purchase
Wonderful introduction to wealth and range of the Melon's genetic heritage, with lots of exposure of varieties that can be grown in the United States with tips on husbandry and see sources... So glad I got it.
Read more
Report abuse

BRR50
5.0 out of 5 stars So Many Melons
Reviewed in the United States on 5 January 2021
Verified Purchase
Beautiful book and conversation piece. Great photos and interesting facts.
Read more
Report abuse

EVEN
5.0 out of 5 stars Enthusiastic about The Melon!
Reviewed in the United States on 3 September 2020
Verified Purchase
I've already, after reading it, given this book to an organic farming friend who grows non-hybrid heirlooms for utmost flavor to sell at the farmers' market. Especially valuable to me, as a consumer, is brix information. The book's index is useful.
Read more
Report abuse
See all reviews
Back to top
Get to Know Us
Make Money with Us
Let Us Help You
And don't forget:
© 1996-2021, Amazon.com, Inc. or its affiliates