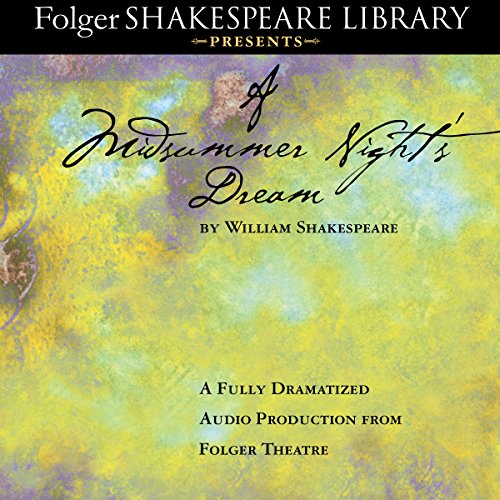 4.6 out of 5 stars
4.6 out of 5
3,351 global ratings
How are ratings calculated?
To calculate the overall star rating and percentage breakdown by star, we don’t use a simple average. Instead, our system considers things like how recent a review is and if the reviewer bought the item on Amazon. It also analyses reviews to verify trustworthiness.

Kate
5.0 out of 5 stars Easy to read
Reviewed in Australia on 7 April 2021
Verified Purchase
A nice intro read to the renowned writings of Shakespeare. The layout helps with the tracking of the many characters and the complexities.
Read more
Helpful
Report abuse

Malelega kosena
5.0 out of 5 stars Good brand
Reviewed in Australia on 29 August 2020
Verified Purchase
Good brand and used for my daughters uni she very happy with the book she wants this brand very nice looking style thanks
Read more
Helpful
Report abuse

E. A. Solinas
TOP 500 REVIEWER
5.0 out of 5 stars What night-rule now about this haunted grove?
Reviewed in Australia on 15 January 2015
It's neither the best nor worst of Shakespeare's many comedies, but "A Midsummer Night's Dream" definitely holds one honor -- it's the most fantastical of his works. This airy little comedy is filled with fairies, spells, love potions and romantic mixups, with only the bland human lovers making things a little confusing (who's in love with whom again?).

As Athens prepares for the wedding of Theseus and Hippolyta, the fusty Egeus is demanding that his daughter Hermia marry the man he's chosen for her, Demetrius. Her only other options are death or nunhood.

Since she's in love with a young man named Lysander (no, we never learn why her dad hates Lysander), Hermia refuses, and the two of them plot to escape Athens and marry elsewhere. But Helena, a girl who has been kicked to the curb by Demetrius, tips him off about their plans; he chases Hermia and Lysander into the woods, with Helena following him all the way. Are you confused yet?

But on this same night, the fairy king Oberon and his queen Titania are feuding over a little Indian boy. Oberon decides to use a magical "love juice" from a flower to cause some trouble for Titania by making her fall in love with some random weaver named Nick Bottom (whom his henchman Puck has turned into a donkey-headed man). He also decides to have Puck iron out the four lovers' romantic troubles with the same potion. But of course, hijinks ensue.

"A Midsummer Night's Dream" is another one of Shakespeare's plays that REALLY needs to be seen before it's read. Not only is it meant to be seen rather than read, but the tangle of romantic problems and hijinks are a little difficult to follow... okay, scratch that. They can be VERY difficult to follow, especially if you need to keep the four lovers straight.

But despite those small flaws, Shakespeare is in rare form here -- the story floats along in an enchanted haze of fairy magic, forest groves, and a love square that twists in on itself. And Shakespeare's lush, haunting poetry is absolutely lovely here ("With sweet musk-roses and with eglantine/There sleeps Titania sometime of the night/Lull'd in these flowers with dances and delight...").

But he also packs it with plenty of hilarity -- not only is it funny to read about the haughty fairy queen fawning over a guy with a donkey head (Nick Bottom = "ass's head", get it?), but there's plenty of funny moments in the dialogue ("Thisby, the flowers of odious savours sweet...").

The four main lovers are relatively bland and interchangeable, and we never find out much about them except that Helena is kind of stalkerish and not too bright (she tips off the guy she likes that the girl HE likes is eloping so he can stop her?). The real draws are the fairy creatures -- Titania and Oberon are proud alien creatures filled with both cruelty and kindness, and Puck is delightfully mischievous and.... puckish.

Stephen J. Hayter
4.0 out of 5 stars Great memories of a classic play.
Reviewed in Australia on 7 August 2018
I had heard this recording while at school more than 40 years ago and it was great to relive those memories.
Read more
Helpful
Report abuse
See all reviews

Amazon Customer
1.0 out of 5 stars Book covered in mud
Reviewed in the United Kingdom on 28 June 2020
Verified Purchase
My item arrived on time, outer packaging fine. Sadly the book itself was covered in mud. The front cover was covered in mud and I wiped it off and thought to myself that it should be fine once I wiped it. Sadly I then looked at the side of the book (page side up) and the majority of the pages are covered too.. for a brand new book I'm extremely disappointed. I'd normally return this however I need to read the book for a virtual audition I have soon. With all the germs lurking at the moment it really doesn't feel like a fresh, new book.
Read more

1.0 out of 5 stars Book covered in mud
Reviewed in the United Kingdom on 28 June 2020
My item arrived on time, outer packaging fine. Sadly the book itself was covered in mud. The front cover was covered in mud and I wiped it off and thought to myself that it should be fine once I wiped it. Sadly I then looked at the side of the book (page side up) and the majority of the pages are covered too.. for a brand new book I'm extremely disappointed. I'd normally return this however I need to read the book for a virtual audition I have soon. With all the germs lurking at the moment it really doesn't feel like a fresh, new book.
Images in this review

Mallard
5.0 out of 5 stars Great play in a compact format.
Reviewed in the United Kingdom on 3 May 2019
Verified Purchase
There is not much to say about this play that hasn't been said by many people before. It's a great read and the book is compact, so it won't take up much space in a purse or backpack.
Read more
3 people found this helpful
Report abuse

Roman Clodia
5.0 out of 5 stars "Thou art translated"
Reviewed in the United Kingdom on 9 October 2014
Verified Purchase
This is another excellent edition in this Oxford single-text series. The play itself is accompanied by copious on-page notes which push beyond mere linguistic gloss, and the introduction is admirably full. Holland starts with dream theory to contextualise the play but then ranges back through the three realms, Bottom's encounter with a form of divinity, and the play within a play.

Especially impressive is the range of bibliography absorbed and offered here, and the elucidation of intertextual references, from Ovid and Apuleius via Chaucer and sixteenth century texts.

All of this series has a robust sewn binding and thick pages making it perfect for academic study.

Ms. Sl Denyer
5.0 out of 5 stars A really engaging version
Reviewed in the United Kingdom on 15 July 2019
Verified Purchase
Love this version of the story and so did my class of 10 and 11 year olds! It was passed around more than any other book this year I think!
Read more
3 people found this helpful
Report abuse

Kevin Chamberlain
5.0 out of 5 stars Inspired a 10 year old
Reviewed in the United Kingdom on 18 January 2019
Verified Purchase
A non interested ten year old girl read this, loved the art work and has now taken to spouting Shakespeare to us! Beats school lessons hands down.
Read more
4 people found this helpful
Report abuse
See all reviews
Back to top
Get to Know Us
Make Money with Us
Let Us Help You
And don't forget:
© 1996-2021, Amazon.com, Inc. or its affiliates