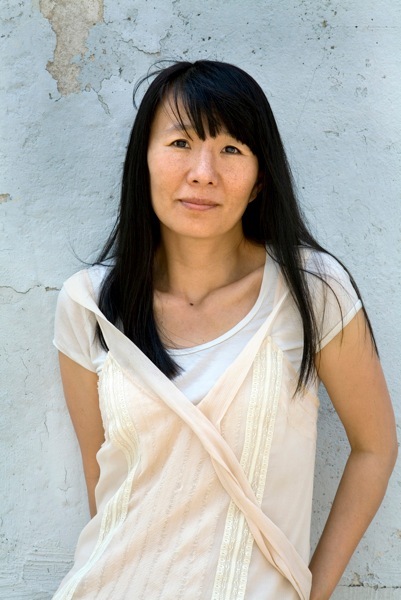 by Nami Mun (Author)
4.5 out of 5 stars 78 ratings
See all formats and editions
Sorry, there was a problem loading this page. Try again.

Page 1 of 1 Start overPage 1 of 1
Previous page
Next page
Start reading Miles From Nowhere on your Kindle in under a minute.

[A] searing debut...[Mun] writes with lovely precision, lending a hallucinatory beauty to the bleak world she has created.
-People (four stars, Pick of the Week) Emotionally upending...Mun relays it all with a jarring honesty that makes the book...impossible to forget.
-Boston Globe Gritty, riveting...Filled with soft and lovely descriptive touches...[Mun] zip[s] back and forth between despair and joy, between degradation and exhilaration.
-Chicago Tribune Remarkable...As the best novelists do, Mun has taken the essence of her personal experience and reshaped it into something original.
-Seattle Post-Intelligencer Heartbreaking...We follow teenage runaway Joon as she navigates dark New York streets, and ultimately finds hope and the will to survive.
-Glamour Brilliant and authentic...Those who delight in the raw power of words have a new author to add to our libraries.
-Dallas Morning News Graceful, nearly transcendent...One of the most vivid and haunting novels I've read in years.
-San Diego Union- Tribune Beautiful...Illuminates a side of American life one is not likely to see elsewhere.
-The Believer

Nami Mun was born in Seoul, South Korea, and grew up there and in Bronx, New York. She has worked as an Avon Lady, an activities coordinator for a nursing home, a photojournalist, and a criminal investigator. After earning her GED, she graduated from UC Berkeley, and earned an MFA from the University of Michigan. A recipient of a Pushcart Prize, she has published in numerous journals including the 2007 Pushcart Prize anthology, The Iowa Review, Tin House, Evergreen Review, Witness, and other journals. She currently lives in Chicago.

4.5 out of 5 stars
4.5 out of 5
78 global ratings
How are ratings calculated?
To calculate the overall star rating and percentage breakdown by star, we don’t use a simple average. Instead, our system considers things like how recent a review is and if the reviewer bought the item on Amazon. It also analyses reviews to verify trustworthiness.

lovesunshine
4.0 out of 5 stars Difficult subject matter told really well
Reviewed in Canada on 28 March 2015
Verified Purchase
I was recommended this book by someone who had read it for her MBA program. It's a very sad, heartbreaking, disturbing story told with a lot of sensitivity and depth without getting too bogged down in the sadness of the subject matter. The author manages to tell this story simply even though it's not simple.
Read more
Report abuse

D. Cloyce Smith
4.0 out of 5 stars "Both frightened and curious, intelligent and naïve, strong and vulnerable. And funny."
Reviewed in the United States on 2 June 2013
Verified Purchase
Nami Mun's debut novel is a series of episodes in the life of Joon, a Korean American living in the Bronx during the 1980s. Many readers might well regard "Miles from Nowhere" as interrelated stories featuring the same character rather than a novel and, in fact, most of the chapters were previously published as standalone stories. But the stories do follow a narrative arc, tracing Joon as she runs away from home at 13, eventually hits rock bottom, and begins to claw her way back up. As with many novels doing double-duty as story collections, the result is mixed; some stories/episodes are better than others (a few are actually quite excellent), but the book as a whole sometimes feels scattered or impressionistic.

Joon's life on the streets is populated by people who appear for paragraphs or pages or the duration of a chapter, and then disappear again. This in itself isn't unrealistic (it would be hard for a teenage runaway to make friends or form associations), but it makes character development a challenge. One recurring exception--and, other than Joon herself, the most memorable presence in the book--is Knowledge (yep, that's her name), who has one hilariously warped sense of morality. "Knowledge had standards. She had principles. No one ever understood what they were exactly but at least she had them." In one of the funnier passages, she recounts how she aborted an attempt at robbing a bank for her boyfriend when she makes the mistake of reading the note he wrote for the teller. "What kind of idiot can't spell money? . . . And if he's that stupid, how stupid am I for robbing a bank for him?"

But what really sets this novel apart from the many recent works featuring a street-tough, post-punk adolescent is Joon's voice--she is one of the more distinctive narrators in recent fiction. Joon has the kind of sassiness that makes her endearing to the reader and anathema to her underhanded employers and shady "clients." In an interview, Mun describes how she imagined her hero, and her summary of Joon is completely on the mark: "both frightened and curious, intelligent and naïve, strong and vulnerable. And funny. She also displays stoicism--a quality I admire in her but one that ultimately signifies her repressed emotions."

Mej
5.0 out of 5 stars Amazing debut...
Reviewed in the United States on 3 March 2010
Verified Purchase
Nami Mun's debut is nothing short of stunning. 280+ pages of raw human suffering, and somehow, the author has the ability to make the reader want more...not in any voyeuristic sense though. There's a certain participatory demand that is made of the reader if you choose to forge through Miles From Nowhere.

It is rare that an author's debut is so honest and compelling. There's a net of complicated characters that are weaved together by a teen girl named Joon, whose life itself is ove...more Nami Mun's debut is nothing short of stunning. 280+ pages of raw human suffering, and somehow, the author has the ability to make the reader want more...not in any voyeuristic sense though. There's a certain participatory demand that is made of the reader if you choose to forge through Miles From Nowhere.

It is rare that an author's debut is so honest and compelling. There's a net of complicated characters that are weaved together by a teen girl named Joon, whose life itself is overcome with addiction, mental sickness and death. Despite many of the harsh things that happen to Joon, that weird element of the human spirit pokes its head into many of the stories contained within, not necessarily providing hope, but a sense of honesty that most of us rarely admit to..."He had no idea that grief was a reward. That it only came to those who were loyal, to those who loved more than they were capable of."

I'll say this...I think this is a must read, but Mun's book is no light Sunday fair. Written beautifully, but emotionally taxing, Miles From Nowhere will likely be one of the better books I've read this year.

Fred Venturini
5.0 out of 5 stars Stunning
Reviewed in the United States on 15 February 2020
Verified Purchase
If you haven’t read this yet I envy you! You’re about to experience a literary feast of the highest order.
Read more
2 people found this helpful
Report abuse
See all reviews
Back to top
Get to Know Us
Make Money with Us
Let Us Help You
And don't forget:
© 1996-2021, Amazon.com, Inc. or its affiliates