Share
Flip to back Flip to front
Listen Playing... Paused   You're listening to a sample of the Audible audio edition.
Learn more
See all 9 images 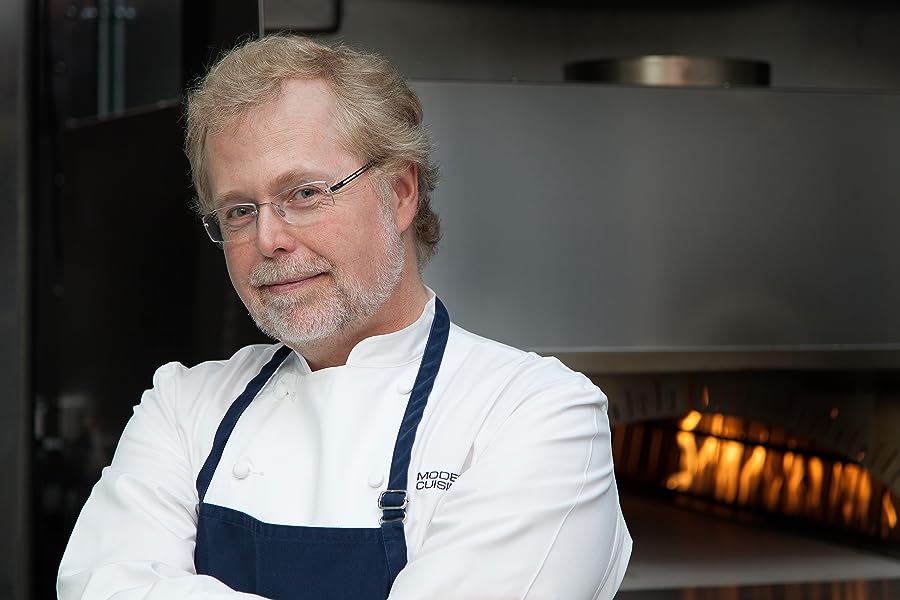 Releases January 7, 2021. Pre-order The Fast 800 Easy now with Pre-order Price Guarantee.
If the Amazon.com.au price decreases between your order time and the end of the day of the release date, you'll receive the lowest price. Order now
click to open popover

Modernist Cuisine at Home is destined to change the way we cook and the way we use recipes. For all of us who cook regularly, this book opens up a whole new world of possibilities. It is full of insights that encourage us to try something new, and that teach us something on every single page. --Martha Stewart

Modernist Cuisine at Home offers useful techniques and solutions that expand our abilities, and it provides us with a practiced and thorough understanding of why things happen the way they do. Most importantly, it ignites a curiosity within and compels us to ask ourselves not What should we make for dinner? but rather, What can we make for dinner? --Thomas Keller

...Nathan Myhrvold and his team, responsible last year for the food-publishing triumph of the decade, the six-volume Modernist Cuisine, have now scaled down and domesticated many of the advanced techniques... Of these, sous vide cooking is the most likely to find a place in the home kitchen, as it has in mine, and Modernist Cuisine at Home treats the subject in glorious detail. --Jeffrey Steingarten, Vogue -->

Dr. Nathan Myhrvold is chief executive officer and a founder of Intellectual Ventures, a firm dedicated to creating and investing in inventions. In addition to stimulating the invention of others, Myhrvold is himself an active inventor, with nearly 250 patents issued or pending including several related to food technology. Before founding his invention company, Myhrvold was the first chief technology officer at Microsoft. He established Microsoft Research, and during his tenure he oversaw many advanced technology projects. He left Microsoft in 1999 to pursue several interests, including a lifelong interest in cooking and food science.

Myhrvold competed on a team that won first place in several categories at the 1991 World Championship of Barbecue, including first prize in the special pasta category for a recipe that Myhrvold developed on the day of the contest.

After working for two years as a stagier at Seattle s top French restaurant, Rover s, Myhrvold completed culinary training with renowned chef Anne Willan at the Ecole De La Varenne. In addition, he has worked as Chief Gastronomic Officer for Zagat Survey, publisher of the popular Zagat restaurant guidebooks. Through his many visits to the world s top restaurants, Myhrvold has become personally acquainted with many of the leading Modernist chefs and the science-inspired cooking techniques they have pioneered.

Myhrvold is himself an accomplished practitioner of Modernist cuisine. He has contributed original research on cooking sous vide to online culinary forums, and his sous vide techniques have been covered in the New York Times Magazine, Wired, and PBS s Gourmet s Diary of a Foodie television series.

Myhrvold s formal education includes degrees in mathematics, geophysics, and space physics from UCLA, and PhDs in mathematical economics and theoretical physics from Princeton University. In his post-doctoral work at Cambridge University, Myhrvold worked on quantum theories of gravity with the renowned cosmologist Stephen Hawking.

Maxime Bilet received a BA in creative writing, literature, and visual arts from Skidmore College. Bilet then graduated with highest honors from the Institute of Culinary Education in New York. He completed a stage at Jack s Luxury Oyster Bar and was quickly hired to the head chef position there by Jack Lamb. Moving to London, he accepted a stage with Heston Blumenthal s development team at The Fat Duck. Just prior to joining the culinary team as head chef for recipe research and development at The Cooking Lab, Bilet trained as sous chef to open the London branch of Auberge de L Ile. In 2011, Bilet was named to Forbes Magazine s 30 Under 30 list in the category of Food and Wine.

4.7 out of 5 stars
4.7 out of 5
497 global ratings
How are ratings calculated?
To calculate the overall star rating and percentage breakdown by star, we don’t use a simple average. Instead, our system considers things like how recent a review is and if the reviewer bought the item on Amazon. It also analyses reviews to verify trustworthiness.

Elio Franco
5.0 out of 5 stars This is a unique cookbook with real science behind it.
Reviewed in Australia on 10 February 2020
Verified Purchase
I bought this book for my along with the other parts to the series and although pricey, my wife says well worth the money. Really well presented with beautiful pictures. The recipes themselves a fantastic with some really exquisite traditional recipes that my wife thought were the domain of her European mother. Excellent layout and a great addition to any cookbook library for someone looking for something quite unique.
Read more
Helpful
Comment Report abuse

Miguel
5.0 out of 5 stars Amazing book
Reviewed in the United Kingdom on 29 June 2020
Verified Purchase
This book is an amazing addition to your cooking library. The quality of the pictures and explanations is fantastic, and the recipes are very realistic to make at home. Explanations are clear and the kitchen-proof booklet is a fantastic idea that I wish all my other books had. I've already tried a few recipes and I loved the outcome. The caramelized carrot soup tastes unreal. Definitely worth the price.
Read more
Report abuse

Mcox
5.0 out of 5 stars This is probably the best cook book I've bought
Reviewed in the United Kingdom on 3 May 2015
Verified Purchase
This is probably the best cook book I've bought, which given the price, arguably it should be. I love that you get a plastic coated version of the recipes that you can have out in the kitchen, while the reference volume can remain in the case. Its very technical, so only worth buying if you are interested in the chemistry and so on of cookery; and I think it deals with that whole aspect better than any Heston Blumenthal book (of which I have a number). I really rate this book, and notwithstanding the substantial price, think its good value.
Read more
6 people found this helpful
Report abuse

Yogi
4.0 out of 5 stars A nice show kitchen item but buy the app if you just want to cook.
Reviewed in the United Kingdom on 22 July 2015
Verified Purchase
This gorgeous epic tome is A3 sized, comes with a spiral bound kitchen recipe companion, some food porn prints suitable for framing, and a scratch off serial#, all bound in nice storage box that weighs nearly 5.5kg! Overwhelmed by its unwieldiness and underwhelmed by recipe's for pedestrian cheeseburgers, wings, and mac n cheese. Best tip was from the included registration website link leading me to the cheaper interactive media iOS App. Much more practical and useful for the Modernist cook!
Read more
3 people found this helpful
Report abuse

Diogo Conceição
5.0 out of 5 stars Amazing cooking book, very detailed and with beautiful mind-blowing photos.
Reviewed in the United Kingdom on 3 January 2014
Verified Purchase
I've been looking to the normal collection since it was released however it was far to big and expensive (5 huge volumes).
With this new version, smaller, cheaper and home oriented I could not ignore it anymore. I bought it and have gone through it page by page and it is simply amazing. Very very detailed, with amazing photos and a spectacular presentation. The fact that it includes a "kitchen safe" version of the recipes is great and adds that final touch.

I'me very satisfied by it and I recommend it.

Read more
2 people found this helpful
Report abuse
See all reviews
Get FREE delivery with Amazon Prime
Prime members enjoy FREE Delivery and exclusive access to movies, TV shows, music, Kindle e-books, Twitch Prime, and more.
> Get Started
Back to top
Get to Know Us
Make Money with Us
Let Us Help You
And don't forget:
© 1996-2020, Amazon.com, Inc. or its affiliates