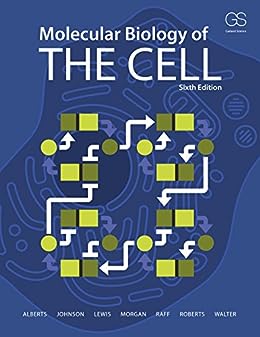 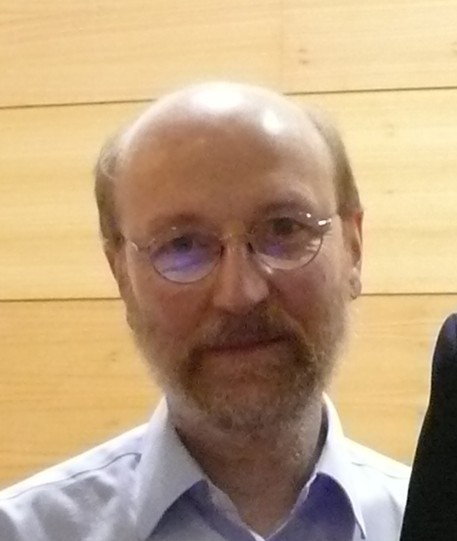 As the amount of information in biology expands dramatically, it becomes increasingly important for textbooks to distill the vast amount of scientific knowledge into concise principles and enduring concepts.As with previous editions, Molecular Biology of the Cell, Sixth Edition accomplishes this goal with clear writing and beautiful illustrations. The Sixth Edition has been extensively revised and updated with the latest research in the field of cell biology, and it provides an exceptional framework for teaching and learning. The entire illustration program has been greatly enhanced.Protein structures better illustrate structure–function relationships, icons are simpler and more consistent within and between chapters, and micrographs have been refreshed and updated with newer, clearer, or better images. As a new feature, each chapter now contains intriguing openended questions highlighting “What We Don’t Know,” introducing students to challenging areas of future research. Updated end-of-chapter problems reflect new research discussed in the text, and these problems have been expanded to all chapters by adding questions on developmental biology, tissues and stem cells, pathogens, and the immune system.

Bruce Alberts received his PhD from Harvard University and is Professor of Biochemistry and Biophysics at the University of California, San Francisco. For 12 years, he served as President of the U.S. National Academy of Sciences (1993-2005).

Alexander Johnson received his PhD from Harvard University and is Professor of Microbiology and Immunology and Director of the Biochemistry, Cell Biology, Genetics, and Developmental Biology Graduate Program at the University of California, San Francisco.

Julian Lewis received his DPhil from the University of Oxford and was a Principal Scientist at the London Research Institute of Cancer Research UK.

David Morgan received his PhD from the University of California, San Francisco , and is Professor of the Department of Physiology as well as the Vice Dean for Research for the School of Medicine at UCSF

Martin Raff received his MD from McGill University and is at the Medical Research Council Laboratory for Molecular Cell Biology and the Biology Department at University College London.

Peter Walter received his PhD from The Rockefeller University in New York and is Professor and Chairman of the Department of Biochemistry and Biophysics at the University of California, San Francisco, and an Investigator of the Howard Hughes Medical Institute.

"Throughout the book, emphasis is placed not just on what 'we know' but also on 'how we know' and 'what remains to be discovered'- important for engaging and enthusing students....A quarter of a century after the first edition revolutionised cell biology textbooks, the new edition is as fresh, comprehensive and above all, as readable as ever....Like its predecessors, this is a superb textbook for advanced undergraduate and postgraduate students." -British Society for Developmental Biology Newsletter, Summer 2008, Vol. 29, No. 1 "Professors, lecturers, and instructors will find the fifth edition of the book Molecular Biology of the Cell and its accompanying Problems Book to be an excellent choice for guiding their students through the maze of the cell's molecular structures and biochemical processes....With countless colorful illustrations and a large number of photographs and tables, reading the text becomes not only an educational experience, but also a highly enjoyable one for those students who wish to discover the inner workings of the magnificent cellular machine....Educators will also find the DVD-ROM to be a rich electronic resource when compiling their lectures....No less important is the Problems Book, which contains numerous exercises and questions that are an integral part of the learning process, and that teachers, instructors, and students are sure to appreciate." The Quarterly Review of Biology, September 2008, Volume 83, Number 3 --This text refers to an out of print or unavailable edition of this title.

4.6 out of 5 stars
4.6 out of 5
924 global ratings
How are ratings calculated?
To calculate the overall star rating and percentage breakdown by star, we don’t use a simple average. Instead, our system considers things like how recent a review is and if the reviewer bought the item on Amazon. It also analyses reviews to verify trustworthiness.

Spinoza's friend
5.0 out of 5 stars An excellent update!!
Reviewed in the United Kingdom on 7 February 2015
Verified Purchase
I have an older edition and knowing how quickly the knowledge base of molecular biology changes I decided to update. I have not been disappointed and I have also decided to purchase the problems book to test my own mastery of the facts (at the age of 64!). This book is peerless in this field.
Read more
30 people found this helpful
Report abuse

Andrew Harris
5.0 out of 5 stars Good book
Reviewed in the United Kingdom on 14 November 2019
Verified Purchase
Did the job, I got a degree, can't argue with that I guess...
Read more
7 people found this helpful
Report abuse

A2020
5.0 out of 5 stars Very informative textbook
Reviewed in the United Kingdom on 31 January 2017
Verified Purchase
Very good textbook!

I used it when studying for my Advanced Cell Biology module. The content is good, very nicely broken up into key cell topics. It has great diagrams which explain key concepts, and also has nice summary paragraphs.

The book arrived in good condition, and was definitely worth the money.
Read more
Report abuse

Marco
5.0 out of 5 stars MUST have Cell Biology book
Reviewed in the United Kingdom on 20 November 2019
Verified Purchase
This is truly the book that every household should have.
Read more
Report abuse

Mariusz Kulesza
5.0 out of 5 stars great
Reviewed in the United Kingdom on 10 October 2021
Verified Purchase
worth its price
Read more
Report abuse
See all reviews
Back to top
Get to Know Us
Make Money with Us
Let Us Help You
And don't forget:
© 1996-2022, Amazon.com, Inc. or its affiliates